"My Own Way" by Levi Washington


"My Own Way" by Levi Washington 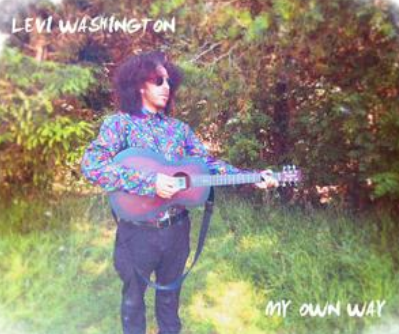 After the double whammy of last week's releases of the singles "Shelter" & "Focus" (as reviewed in this magazine), Levi Washington has now shared with us "My Own Way" in his current weekly campaign of new music.

I marvelled last time at not only how the dynamic duo differed from "Polaroids of Yesteryear" but even more starkly given their juxtaposition to each other: and continuing in the same vein this latest bears no obvious kinship to these others. How can one artist not only have so many musical interests and also be able to pull off writing in the associated styles with such aplomb and conviction? Eclecticism is a virtue, yet with some artists, there is always a faint suspicion (at least) that it might also be a form of cynical touching of bases or even cultural tourism. It's not that way here. Levi clearly loves most forms of music and is desperate to communicate in each of them & when it comes to expressing the ideas in his head, he has a wide palette of potential settings from which to select in order to best serve a given song.

In this strange age we live in, where local music can be thriving as much as it is in Coventry & Warwickshire yet where in the only arena in which musicians are really making the money their abilities deserve, the gatekeepers, be they record companies, PR or mainstream media, have never been worse than they are currently at trying to force artists into suffocatingly narrow identities & genres. Thus, this sequence of Levi singles alone would confound such people: you can just imagine them "advising" him to stick to one genre so it will allow them to label & constrain him. So to that extent, I admire his bravery in sticking to his principles & creating the music he wants to, irrespective of definitions.

However, I think it also must be important, even essential to him to retain this integrity in order to keep his self respect and own identity as a musician. How can anyone ask an artist to voluntarily diminish their creativity? Equally, I think grassroots audiences are far more tolerant of musicians operating across genres than the business controllers allow: after all look how respected Levi actually is….. Whether or not wider, mainstream audiences could be as accommodating is not as clear to me, but it would be nice if they were given more of an opportunity to listen outside the box.

And so to "My Own Way", which might, I suppose, serve as some form of personal statement of its writer along the lines I've just been writing about. As I said, it's completely distinguished from its immediate predecessors, being a much gentler and reassuring sound to the raw & harrowing "Focus" in particular (though it is worth paying attention to the lyrics: "this life is going to be the death of you and me" is considerably more challenging than the tune initially signals).

The sound is on the same reggae spectrum as "Shelter", albeit a sort of sunny calypso/rock hybrid with delightful (African) highlife guitar figures adding a  beautiful filigree which offset the words warning of the possible dangers of (over) self indulgence. A sugar coated pill of potency.

It's back to business nearer usual for Levi Washington with the release of "Same Ole U".
[1 image] END_OF_DOCUMENT_TOKEN_TO_BE_REPLACED

It was grand indeed to catch up with Levi Washington live on Sunday on the Bandstand, but it's back to the weekly business as usual now with his ...
[1 image] END_OF_DOCUMENT_TOKEN_TO_BE_REPLACED

I was pleased to hear that Levi Washington is managing both his health issues & his rapidly expanding portfolio of commitments running live events ...
[1 image] END_OF_DOCUMENT_TOKEN_TO_BE_REPLACED

I'm sure many readers will have been saddened to hear of the illness of Levi Washington last week and his consequent hospitalisation.
[1 image] END_OF_DOCUMENT_TOKEN_TO_BE_REPLACED

You can't fault Levi Washington for ambition: trying to release a new single every week against the background of organising so much live music ...
[1 image] END_OF_DOCUMENT_TOKEN_TO_BE_REPLACED

After the angst of last week when he agonised over the mix of "Carrie, Baby" until Wednesday & the existential angst of the preceding "Check 1, 2" ...
[1 image] END_OF_DOCUMENT_TOKEN_TO_BE_REPLACED