"Under Me" by Abz Winter 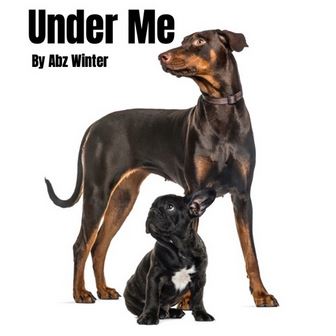 That irrepressible artist Abz Winter is back on 8th October with her latest single "Under Me", her follow-up to "Money" from July.

Once again produced by Matthew Waddell at 14 Records and mixed & mastered by El Sam at Elixir Prods, the song continues in her by now trademark style of articulating what she feels without mincing her words but also without malice. It's just as much about working out her own feelings about someone whose faults she now sees as blaming them as such. She may not have ultimately enjoyed that relationship, but she's learnt from it & this empowers her to move right on with her life.

There is in fact a great deal of compassion, both for herself and the object of her words and as is always the case with Abz, not only does her self admitted defiance never spill over into sinking to another's level (and the song is after all about relative levels) but it is tinged with a great deal of her characteristic (good) humour too. Abz holds the moral high ground in this affair, she knows it and can afford to laugh at someone rather than just deride them.

A lockdown created track (as you might imagine), it manages, as Abz always seems to do, to move her writing on another stage each time. It's hard sometimes to forget that she is still in her teens (and this is a great chance to acknowledge how she has just stepped up another level in her musical academic studies and wish her well) as although the effervescent bubbly adolescent personality which attracted us all to her artistry in the first place is still there in the words and parts of the arrangement, there are now cooler, calmer moments of reflection in the music and she has been gaining the life experiences and perspectives to make observations along the lines of "..how we're always attracted to the bad guys, but as the story plays out we actually realise how selfish and controlling they are, and that their only power is in our own insecurities, once digested, we are free to take back control and walk with our heads held high.."

Sung with her customary confidence and élan, the tune again is an infectious electro-dance beat which thankfully she has always processed with a light touch. You can certainly dance to this, but the words are worth your attention.

Underneath the truth of the story, there is something a bit more general and deeper going on in what she has written and which she wants to share with you. It's about self belief and calibrating your own self worth higher than others might want you to: as Abz herself puts better than anything I might write on her behalf: "I have been really busy these past 2 years working on these songs which are an honest interpretation on my own personal  experiences. My music helps me stay in control of my own mental wellbeing, I find by putting my thoughts down on paper allows me to offload in what has been a rollercoaster two years for everyone… my slant it is to put a synth- electro-dance-pop type beat, as I feel this keeps the songs light hearted, allowing people to relate without feeling down & hopefully feel better about themselves….we all go through the same shit, just at different times".

Abz certainly is entitled to feel in a powerful and confident position at the moment. She is producing track after track of high class and thoughtful material and given her continuing experiences of playing, studying and being played in different areas of the country, is definitely breaking out of Coventry and Warwickshire and into a bigger world. The last few singles will I understand also be appearing on her upcoming album which I'm sure will showcase all the aspects of her writing and performing skills.

Out this morning, as a fanfare-free surprise for her fans, is a new EP from the irrepressible Abz Winter entitled ‘Just Wanna Be Me'.
[1 image] END_OF_DOCUMENT_TOKEN_TO_BE_REPLACED

As I'm sure most if not all of you are aware, Abz Winter was selected for the new television talent show "Walk The Line" at the end of 2021 and ...
[1 image] END_OF_DOCUMENT_TOKEN_TO_BE_REPLACED

As her follow up to the popular "B.
[1 image] END_OF_DOCUMENT_TOKEN_TO_BE_REPLACED

Abz Winter has only gone and done it again hasn't she? I love the way that although her game has never needed raising (it's been at the top ...
[2 images] END_OF_DOCUMENT_TOKEN_TO_BE_REPLACED

It's actually been a year since we shared the news about "Jump" by Abz Winter with you, a period of time between releases which would have ...
[1 image] END_OF_DOCUMENT_TOKEN_TO_BE_REPLACED

It's good to be able to report to you that Abz Winter is following up her very well received (not least in the review in this magazine) single ...
[1 image] END_OF_DOCUMENT_TOKEN_TO_BE_REPLACED