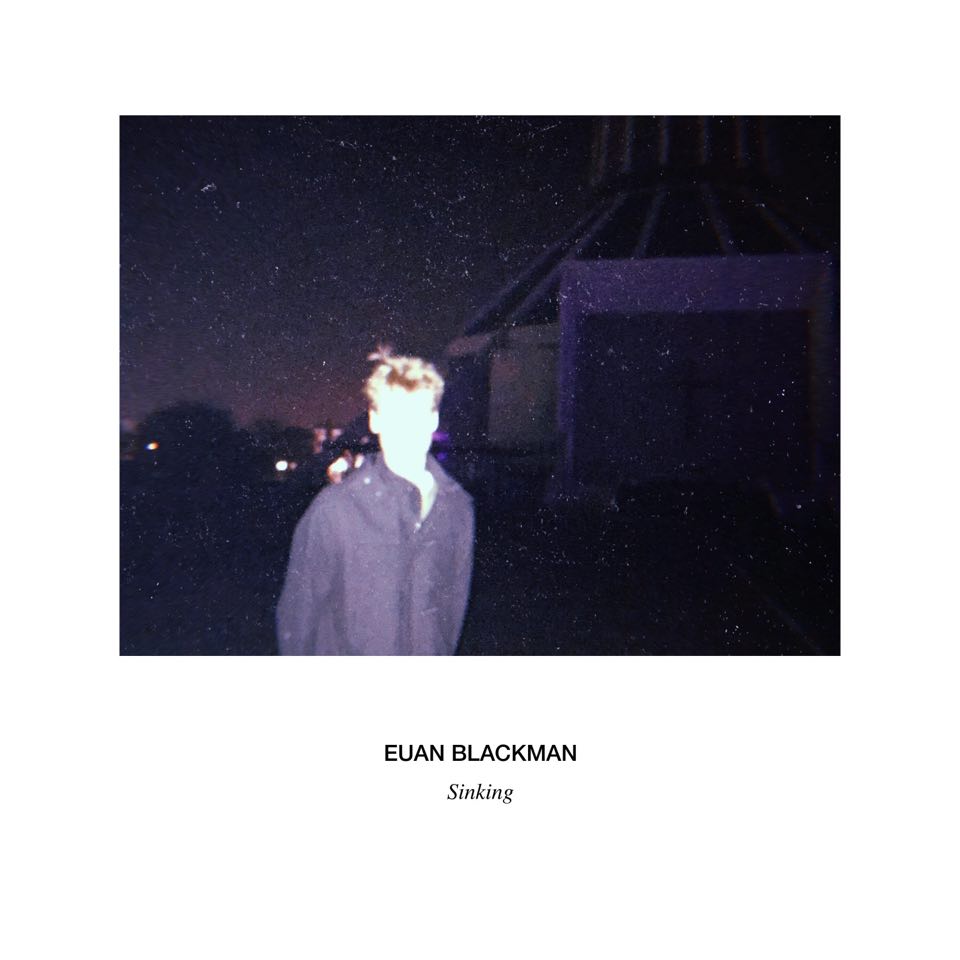 On 2nd September, Euan Blackman will be releasing "Sinking", his follow up to the widely praised and popular "24 Hours 7 Days" and I gather it will feature on an EP in due course too: a method of releasing which, from the reviews I've been writing for the past couple of years, seems to be increasingly popular.

I believe that  "Sinking" predates its predecessor in terms of composition, though I suspect it was still written during the pandemic experience (which is a term which suggests the worst ever theme park ride or possibly a very twisted rock band name). However the subject matter seems very different and certainly the sound is: in fact in some respects you might even mistake it for the work of another artist altogether, though on repeated & deeper listening, the commonality does become more apparent.

For starters, although Euan originated the song with a guitar riff in a drop D tuning, the initial impression is of a piano being the dominant instrument in the arrangement, until you realise how many guitars there are actually in there & the roles which they play: both an acoustic rhythm track (the initial riff idea I assume) and subtle little flashes of electric slide. It's one of those tracks which once you get the nuances of the arrangement you derive yet more pleasure from the experience. Full marks on the arrangement (by Euan) and mix (by Charlie Braddick who also mastered the single): it's impressive how much detail they get out of relatively few instruments.

The song itself is much more jaunty in tone than "24 Hours 7 Days" and swings along (which not too many songs manage) giving an upbeat air of optimism and seems both a message to a lover and a more general one to the world of anticipating travel and general liberation (Kerouac is name checked). In this respect, you can possibly see his thinking in terms of the order of release: it's the right sequence of emotions set against the COVID19 backcloth and in all honesty the theme of "Sinking" might have seemed a little premature earlier in the year: now it seems plausible and we can rejoice for him that he can contemplate such things.

Where the two tracks do share common ground though is in the understated melodicism which runs through them both: a very "English" light touch on both the intensity of the lyrics and the pastorality of the music. The words mark him out as a 21st century writer and to some extent, despite the apparent simplicity of the arrangement, this too is contemporary in style. However the melody underneath is pretty timeless and consistent with folksong of at least the last century or more.

Where it also scores is with the evidence that Euan is no single note writer: he has breadth as well as depth & the EP no doubt will showcase this even further. Taken by itself though, "Sinking" has multiple merits: it's a charming almost self effacing number which I'm happy to sing the praises of: not to enjoy listening to it would suggest someone had a bit of a heart of stone to be honest.

In the meantime, you can presave "Sinking" via this link:

I hoped that you enjoyed the most recent Euan Blackman single "HIGHHIGHHIGH" which we reviewed here (it's also to be found on ‘Hot Music Live ...
[1 image] END_OF_DOCUMENT_TOKEN_TO_BE_REPLACED

Just over a month since we told you about his "Sinking" single, Euan Blackman will be releasing his third one "HIGHHIGHHIGH" tomorrow (Friday).
[1 image] END_OF_DOCUMENT_TOKEN_TO_BE_REPLACED

Fresh in from Alcester based artist Euan Blackman is his brand new release "24 Hours 7 Days": just when I imagined that the products of lockdown ...
[1 image] END_OF_DOCUMENT_TOKEN_TO_BE_REPLACED