'I Stripped Bare' by Daffod'i'll


'I Stripped Bare' by Daffod'i'll 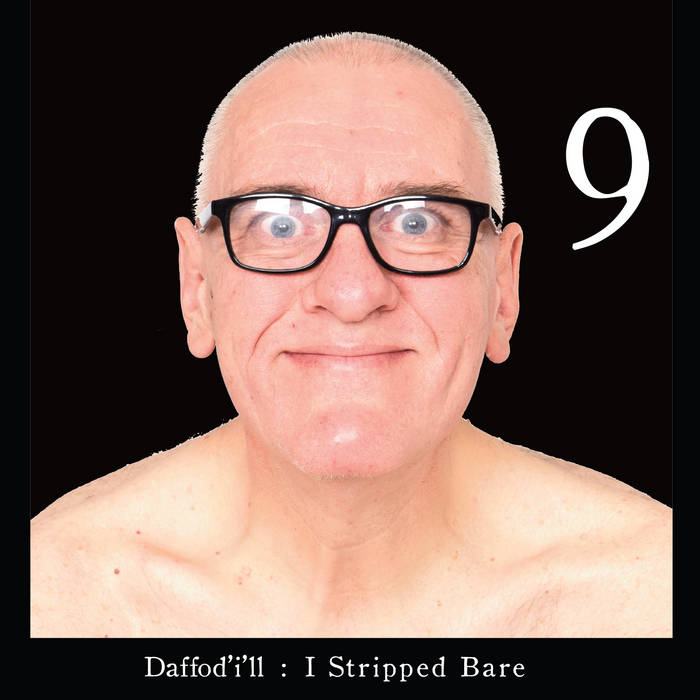 On today, his birthday (not a coincidence I imagine), Daffod'I'll  has released his ninth solo album entitles ‘I Stripped Bare' (a nod I am sure to his legendary former group I, just as his track "Eye ‘n' Eyes" which appears on ‘Hot Music Live Presents Volume Three' also did. The album closer "Bell End"  contains a nice musical allusion to that group as well.

This latest offering from the man who under the stage name Dill almost led God's Toys to what was predicted by many to be major success some forty years ago, comprises eleven wholly original (and let's face it highly idiosyncratic) new songs: "All My Life", "Better or Worse", "Free", "I Fear the Worst", "I'm Coming Up", "Lardi Lardi", "Sing", "Prophet Jesus Christ", "Deep", "Caucasian" and "Bell End".

Long term Dill listeners will be pleased to hear that all his trademark interests and characteristics are present and correct. There is the spirituality which is so essential to his being let alone his music, his quirky and often very detailed humour and his interest in the music of many cultures (though I'm sorry that he didn't go far down the dub path this time as it's one of his strengths I always feel). In addition to his concern for our souls and mental well being, this time ("Lardi Lardi") we also get a song expressing sorrow (albeit with humour) at the unequal distribution of resources as some experience obesity while others starve and food supplies diminish.

On ‘I Stripped Bare', he seems at his most diverse in terms of sounds: Dill has long been moving in a very contemporary direction through this now long series of releases and he has never sounded more so than here. I like his ventures into current R & B and these sit well with the several eastern influenced tracks on the album. In fact across the collection, there are quite a lot of sounds we haven't necessarily heard from him (not least I suspect because all his songs are self created & realised and we are talking about a musician who was purely a vocalist when he commenced his solo work and any instrumentation is the result of his own self tuition, initially at least on keyboards). Now we hear strings and other acoustic, or at least acoustic sounding arrangements.

As my previous reviews of this series have shown, there have been many Daffod'I'll songs I've appreciated, yet I think on reflection, ‘I Stripped Bare' may represent Dill really coming into his own as a solo artist, mastering the musical as well as lyrical side of his craft and distinguishing his output from that of his two bands, each of which casts quite a shadow,

Released as ever on his own Iconoclast label, you can access ‘I Stripped Bare' at this site.

Although after album number 34 ‘SAY AHHH!' from Daffod'i'll back in April he said he was taking a break from this deluge of ...
[1 image] END_OF_DOCUMENT_TOKEN_TO_BE_REPLACED

Today sees chapter 34 in Daffod'i'll's solo album series with the release of ‘SAY AHHH!' with its tracks being "Conquer All", ...
[1 image] END_OF_DOCUMENT_TOKEN_TO_BE_REPLACED

Eight days after my last Daffod'i'll review, here he is back with another album (just the one this time, although he apparently has another ...
[1 image] END_OF_DOCUMENT_TOKEN_TO_BE_REPLACED

In the four days since I reported on the release of the  last four Daffod'i'll albums, he's back with yet another four today.
[4 images] END_OF_DOCUMENT_TOKEN_TO_BE_REPLACED

After releasing three more albums about as many weeks ago, Daffod'i'll  is back with three more plus another compilation ('The Best ...
[4 images] END_OF_DOCUMENT_TOKEN_TO_BE_REPLACED