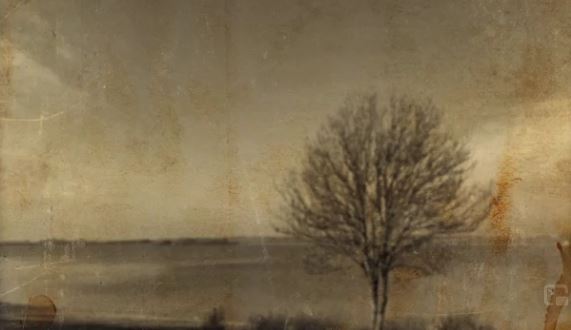 An artist whose work I have not yet previously had the pleasure of describing to you is Lemon Tones (the name under which James Temple is currently releasing original material). With his latest release "Peaceful Warrior" which came out last month, I can address that omission I'm pleased to say.

This song "…is dedicated to RAF 2nd World War hero, grandfather, great-grandfather and loving husband Jack Jarmy…": in fact James' own grandfather who sadly passed away recently. As the descendant of a Second World War RAF pilot myself, the track therefore had especial impact upon me also as clearly the piece while obviously written with a highly specific individual in mind, can be applied in the mind of a listener to their own experiences. As the song has already started attracting airplay, it would seem too that it has effects upon ears & hearts other than my own.

What first attracted me to James' work is that it is unusual in form: this tends to catch my attention in the first place & I'm not at all sure that I'd wish to pass onto you anything which was bland, predictable or stereotyped. "Peaceful Warrior" is certainly an idiosyncratic piece, though that of course in no way diminishes its sincerity: quite the opposite as I'd feel generally that a song constructed purely along predictable lines might be sacrificing quality of emotion just to fit preconceived ideas of what a tribute to a fallen warrior & relative "should" sound like. It's a narrow line between the necessary pathos & empathy and what might easily tip over into sentimentality, but James manages it to navigate it quite cleverly: not least by keeping us on our toes, so we keep listening.

The song itself thus transitions between sections quite startlingly different in tone: beginning with an elegiac opening which probably is what most of us were expecting given the subject matter, though the vocals, pitched somewhere between monkish chanting & recitative are unusual. This quite abruptly changes into a completely contrasting & anguished section owing more to the blues & dominated by slide electric guitar which bridges into a definitely rock passage with crashing drums and a feel of the late 1960s when heavy rock & psychedelia intertwined.  This in turn doesn't last long before it ushers in a contemplative folkish interlude, often instrumental but when vocals do come in, we find the heart of the song unfolding before us. This builds quite steadily to a more rock finale, somewhat more stately & less astringent than the earlier one, and so after a roller coaster of a ride, the track ends at around the seven & a half minute mark.

I'm not sure words adequately capture the journey one is taken on over that period: I have just laid out broad highlights but there are a great many finer details to discover when you listen yourself. Apart from the descriptions of the various passages I've outlined, I suppose one might categorise the song as "progressive" in its ambition & execution: certainly James has worked hard to try to express his feelings about someone he cared for & without doubt the complexities of the song reflect those of his own emotions. A most interesting artist & one whose work I look forwards to following.