"Fire In The Air" by Aaron Woodhouse 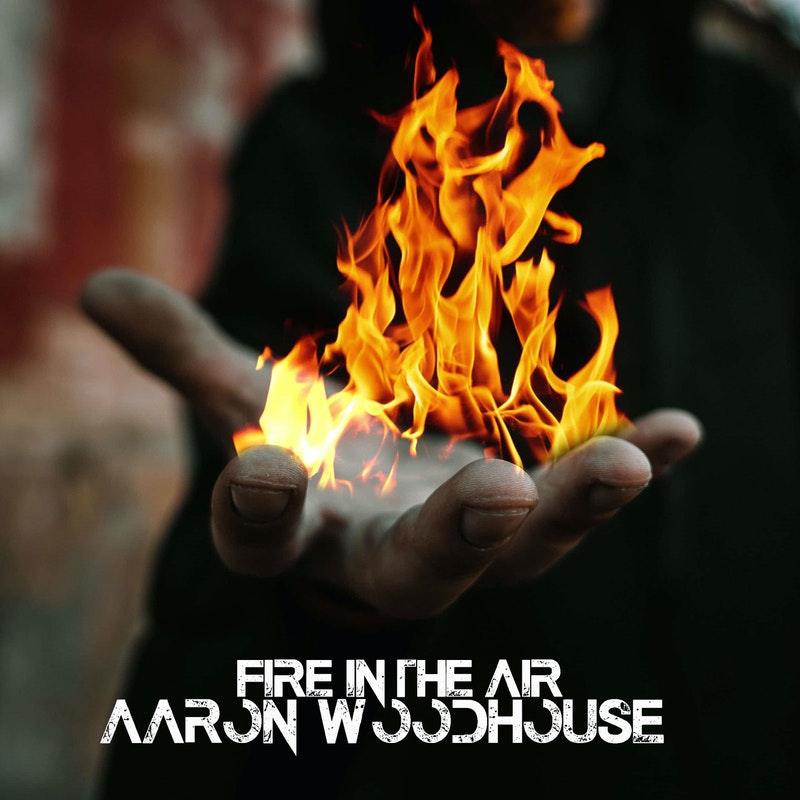 A very recent addition to my awareness of the local music scene has been Aaron Woodhouse. I've been enjoying & appreciating his releases to date, including his Warwickshire County Council commissioned COVID9 centred track "Raise The Awareness" and the excellent single "Roadtrip".

Now the first real chance to write about him in the magazine has come along in the form of the equally high quality "Fire In The Air" single (and isn't it spooky how this is the third track from a local artist using the imagery of burning skies that I've reviewed in a very few weeks after Luke Concannon's "Coventry" and Ellie Gowers' "The Sky Is On Fire": clearly there is some sort of common vision, pretty apocalyptic in form going on).

In fact this particular song is much more to do with mental health more than the societal & ecological concerns of the other two songs: it's a metaphor which can cover a lot of ground. It's interesting too to encounter yet another Coventry & Warwickshire musician writing about this issue: we do seem to have a lot of writers sensitive to the problems & with the skills to articulate their thoughts on the matter.

Aaron is essentially a rapper in style and thankfully as he has built his own studio is able to produce new music through these difficult times. In fact a lot of his work is around mental ill health & he is confident enough to share with the world the autobiographical aspects of his writing: these are issues he knows only too well from his personal experience & as reinforced by his collaboration with the council, part of what he is about is a mission to share what he has learned & to reach out and make real impacts upon the community: which certainly commands my respect.

For a rapper he is quite melancholy in his songwriting (the subject matter of "Fire In The Air" certainly demands it) though the rhythm of his rapping is fairly rapid, it is cleverly set against a contrastingly very slow & solemn, keyboard led backing with emphatic but sparse percussion: this juxtaposition adds extra tension to the track to good effect. Given that the lyrics are basically about struggling, this is highly appropriate: he tells us how he is capable of both optimism & depression, how he needs constantly to fight to maintain hope & how despite looking for support, that is not always forthcoming. Though bleak in tone when dealing with such issues, ultimately as the title suggests, he is not ready to give up the fight.

It's good to have this fresh & uncompromising voice making music locally: another of the musicians we are so fortunate to have among us currently whose starting point is the truth as they see it & feel they should tell it.

I last reviewed Aaron Woodhouse back in March when he released "Fire In The Air" as a single: now, he has followed it up with "Addiction" which is ...
[1 image] END_OF_DOCUMENT_TOKEN_TO_BE_REPLACED