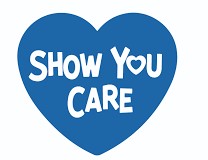 Not surprisingly, it is a while since I've been able to report to you on Rosetta Fire. Thankfully though they have hit back by offering us not one but two new releases for me to tell you about today.

Taking a similar route to several other local multi-member bands such as Satsangi, Rosetta Fire have cut their cloth according to the circumstances and so we have today a re-worked song by just James Lapworth and Anthony Gliddon & (each working remotely from his own home) and a Rosetta Fire compilation.

Let's start with the former shall we? It's in aid of charity (Warwickshire's ‘Show You Care' campaign) so it's something I'd urge you to check out. They have had a fresh take on their song "Love Again" and appropriately titled it "Love Again (Show You Care)" with  their long time collaborator & producer George Shilling assisting by mastering it for them.

As a two person recording, not surprisingly the sound is considerably more stripped back in comparison to the considerable power of a full lineup which normally characterises their recordings. However not only does it work well (indicating the quality of the writing in that the song works across a range of arrangements) but it suits the compassionate nature of the song: Ant's emotional delivery (remarkably raw throughout) elevates the words & emphasises how much they care about the cause & those it touches.

There is an uplifting video for the song which can be enjoyed via this link:

and it has already had airplay on BBC Introducing for Coventry & Warwickshire.

Their new album, again appropriately named as ‘Retrospective', is interesting as it is not really a "Rosetta Fire's Greatest Hits" but a dozen "..‘fan favourite' tracks that band followers will have enjoyed hearing at Rosetta Fire's popular live gigs"

Thus we are able to enjoy "Stop & Stare", "Hummingbird", "I Can't Look You in the Eye", "Paper Heart Beats", "I Don't Know What It Is", "Eighteen", "Miss Educated", "She", "Make This Work", "Love Again", "Confusion" and "The Centurion", but interestingly, the singles are avoided. Hats off to the band for such an impressive compilation. The lure of putting all one's best known tracks together or for the very lucky, the best selling ones, is clear, though I've never quite grasped what criteria could be applied to a "best of.." since tastes of individual fans can be so different. However this for once actually does something fresh & innovative: it complements their single & EP releases by offering us completely different tracks that we won't have copies of at home (which will please fans & keep the band's abilities high in their consciousness while they can't catch them live) and also is a commendable gesture towards their audience by focusing on what they, rather than the band favour. It's also a powerful reminder of just what we are currently missing as Rosetta Fire are renowned for their live performances.

All in all, well worth the wait.

Readers of "Hot Music Live" will not, I imagine, require reminding of my admiration for Rosetta Fire: so equally they'll not be surprised to ...
[2 images] END_OF_DOCUMENT_TOKEN_TO_BE_REPLACED

Since I don't work for a commercial music magazine, I have the luxury of being able to review whom I choose.
[2 images] END_OF_DOCUMENT_TOKEN_TO_BE_REPLACED