"The Fear of Missing Out" by Drop Down Smiling


"The Fear of Missing Out" by Drop Down Smiling 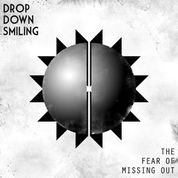 It may be something of a record for "Hot Music Live" (do let us know if you think you can beat it) in terms of gaps between featuring their music, but today's review of the new Drop Down Smiling single , "The Fear of Missing Out" is the apparently the first time we've mentioned them since 2013.

Admittedly this Coventry based band (who comprise Chris West (lead singer/guitarist), Michael Brown (lead guitar/backing vocals), Martin Dale (bass/backing vocals) and James Porter on drums, samples and backing vocals) have had a hiatus in activity, ended by the challenge of lockdown which has seemingly spurred them on to creating new music, but eight years in certainly too long not to have shared the work of this excellent & imaginative band with you. Thankfully we can put that right now.

Produced by Peter Dowsett of Abbey Road Studios (who has worked with Scouting For Girls, Pharrell Williams & Snoop Dogg among others), "The Fear of Missing Out" (which comes out on Friday) is one of those songs which addresses both our current circumstances & the psychological & social implications of it head on.  Hearing such thoughtful responses to what people are going through one might almost feel grateful for COVID19. Without doubt so many local artists have risen to the creative challenge of commenting on our times with songs which would not have otherwise seen the light of day: however given the vast negative effects of the pandemic, especially on the music scene & the fact that is preferable for people not to experience mental health issues than have artists comment on them however sympathetically & articulately, I'm not going to take that argument very far.

The band offer us a very contemporary take on rock music (they use the term themselves so I feel it's acceptable, though the genre is now so broad as to be an unhelpful initial descriptor) with a strong electronica element & unusually, four part harmonies: few bands actually possess that many vocalists & it must take a lot of work by the band & their producer to make the nuances audible given that after a quiet start, the song builds inexorably to a very powerful peak: which is the band's hallmark.

With a strong live reputation, acknowledged by a range of critics, as is their steadily building body of work, this is an excellent statement reminding us of their existence & throwing down a gesture of defiance to the times. One can well imagine them having a very dynamic 2021 once they are permitted to.

Marrying a number of concerns which local artists like The Upsiders (from a different angle) have sought to address with stunning dynamics (it's all very well having that sort of power at your disposal but deploying it with taste & discretion is another thing altogether), this is a very potent single to start 2021 for the Coventry & Warwickshire music scene.