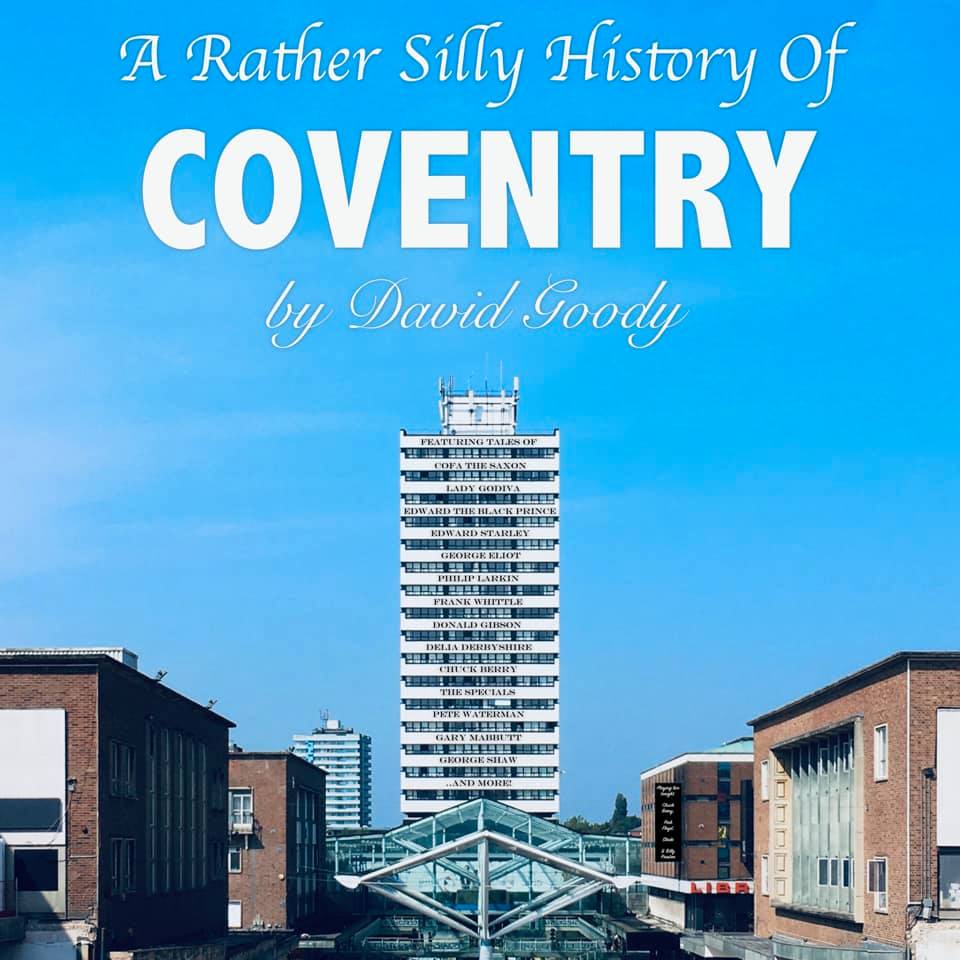 "A Rather Silly History Of Coventry" Press Release

Local singer-songwriter David Goody can't resist writing songs about Coventry. Whether it's the local cuisine ("We Call It A Batch"), seismic shifts in the city ("Farewell Coventry IKEA" and "Oi Scholars, Bring Back Lambrini") or inventing Cov Christmas characters ("Spon End Santa" and "Rudy The 2-Tone Reindeer"). Now he's releasing his grandest project yet, a 21 track album telling the entire history of Coventry from Cofa's Tree to Gary Mabbutt's Knee and beyond.This album digs deep into the history of Coventry unveiling such momentous findings as Cofa the tree planting Saxon actually being the Monty Don of his age, Lady Godiva being the first person invited onto Ye Olde Love Island and Delia Derbyshire not actually being from Derbyshire. The album is a near encyclopaedic affair covering everything from Edward The Black Prince and ribbon weaving through to the escalators in the Upper Precinct.David says of the project "my songwriting mantra is to write about what you know. Time and again this has lead me to write about Coventry. As we enter into the 2021 City Of Culture year I felt a 21 track album looking at Coventry's history with tongue placed firmly in cheek would be a great way to try and lighten people's spirits in the New Year. The songs are a lovingly constructed mix of detailed historical facts about the city and complete nonsense I've made up. It's a fun game trying to unpick which is which at times".A music video for each of the tracks will be made available each Friday on David's YouTube channel, starting with Cofa & The Art Of Tree Planting on New Year's Day. The full album is released the same day on Bandcamp and on all major download and streaming sites later in the month. David's website also features an interactive map of Coventry with links to all the songs

Local singer-songwriter David Goody is no stranger to a Christmas song having provided bizarre festive cheer each year since the 2016 release of Spon ...
[1 image] END_OF_DOCUMENT_TOKEN_TO_BE_REPLACED