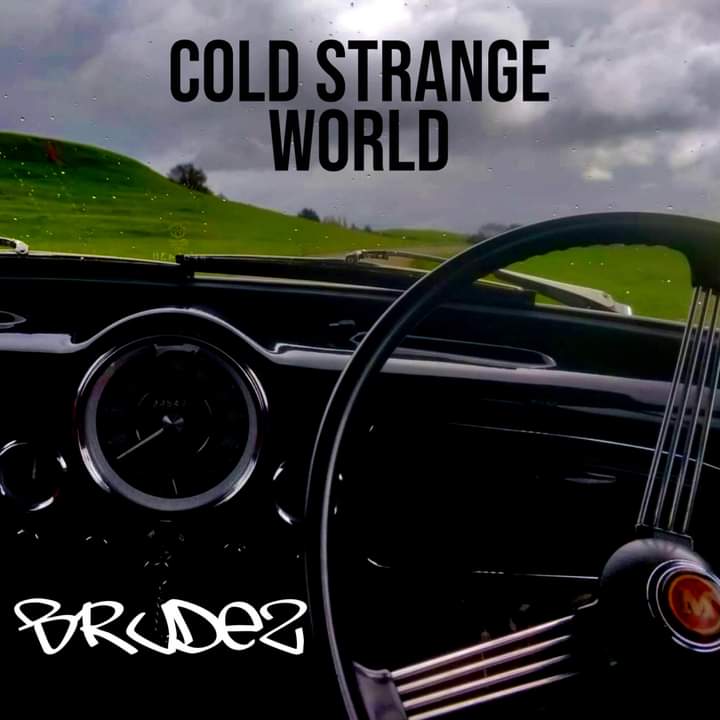 I must say that much as I like the music of Brudez and respect what he does & says in his work, his new single  "Cold Strange World"  (out today on Beat Rebel Records) still  took me by surprise: which of course is a good thing for a reviewer.

This is an artist with a very strong sense of values & one never reticent to articulate them: greatly to his credit & in the song we get a clear sense of a response to what he sees going on around him currently: a real commentary on the state of our world with no ambiguity as his views nor lack of clarity in what he would like us to take away from a listen. I applaud him for this.

Inevitably, given the subject matter, the overall tone tends (appropriately) towards the downbeat & melancholic: again he doesn't want us to underestimate the depth or seriousness of his feelings & I'm can't recall hearing anything previously from him which sounds quite this way (or at least as extremely as it does here): which once more I emphasise is intended as a compliment to his breadth of interests, concerns & integrity as well as demonstrating the range of what he can write about & how.

The considerable use of very soulful female co-vocals adds extra punch to the mood of the track & I salute how Brudez adjusts the pace of his own rapping to these other passages: too fast & it would jar on us & ruin the feel: too slow & obviously the momentum of the rap would slump. He pitches it just right.

Equally well tastefully constructed is the admirably sparse backing track: it is a confident artist who can pare it back this far & create such space: this only adds to the quality we hear. I appreciated the keyboard stabs which really emulated a spacey dub feel.

Brudez captures the common mood here very well, but what is crucial (and this is very Brudez), while pulling no punches about the bleakness of his vision, the actual message of the song is around hope & the need to support  each other through difficult times. Well said.