"Hard Place To Be" by Jack Blackman 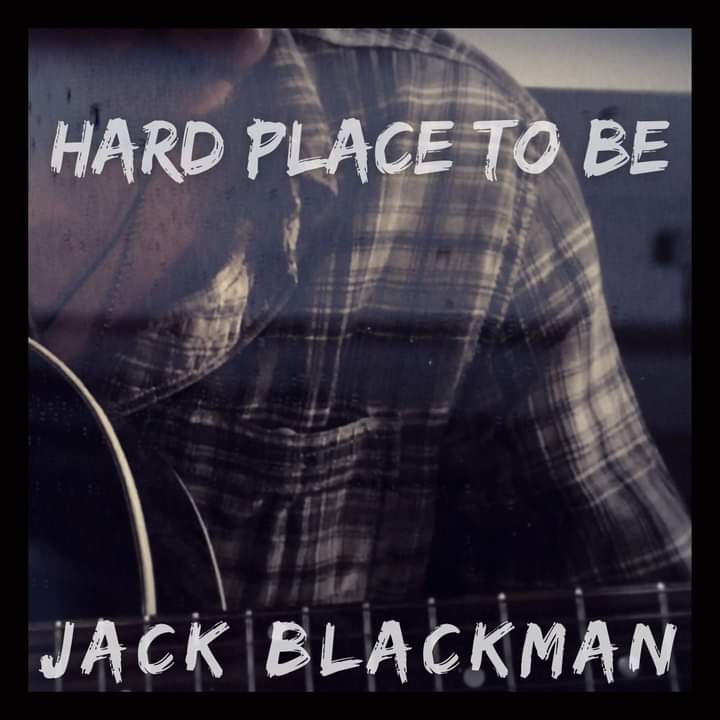 Barely a fortnight after his last release, the chilling  "Empty Beretta", Jack Blackman (who is also represented on ‘Hot Music Live Presents Volume Four'  with the only marginally less recent "Self Isolation Song" ) today releases a new single in the shape of  "Hard Place To Be". Given the appalling damage to musician's careers, mental health & livelihoods from COVID19, it's hard to conceive of anyone being inspired or creatively motivated by it, but if anyone is, it might just be Jack. He certainly is hitting back hard with both fists at the circumstances, defying the constraints. Whatever his new material in 2020 might have been otherwise, I think we can safely say that these songs would never have been created.

"Hard Place To Be" very much contrasts musically with its predecessor. A really beautiful "train song" based upon an alternately picked & slide guitar, it is gentle & sympathetic where "Empty Beretta "  was more vicious. If the latter took on the world situation directly & railed against it, today's song regrets what we are obliged to contend with & presents our challenge within the metaphor of a journey we have little choice but to take.

That said, the power & subtlety of the analogy is such that the issues are addressed yet not named specifically and I have no doubt that "Hard Place To Be" will continue to work very well once this period of time is long gone: "this world is a hard place to be for anyone" is a timeless sentiment which will still resonate in 2030 just as the song would have applied & struck a chord with its listeners had it come out in 1930.

This era is provoking the very best out of Jack, from all points along the spectrum of his creativity. It may be that someone somewhere ("Hot Music Live Presents"?) creates a compendium of songs written and released in the "COVID Years": even on a local scale, using only Coventry & Warwickshire songs released between March & now, such a collection would tell me a most interesting tale for history to record & Jack might well have several tracks upon it.

Here's a slightly rhetorical question: what is better than a new release by one of the most respected & popular Coventry & Warwickshire artists? ...
[2 images] END_OF_DOCUMENT_TOKEN_TO_BE_REPLACED

After his most impressive prolific run of form since the music scene was turned upon its head, from "Self Isolation Song" (which is also on ‘Hot ...
[1 image] END_OF_DOCUMENT_TOKEN_TO_BE_REPLACED

Jack Blackman is not only on a rich run of form at the moment (the pandemic seems to be inspiring him to express his feelings through the medium of ...
[1 image] END_OF_DOCUMENT_TOKEN_TO_BE_REPLACED

At the end of a month which began with the release of his excellent single "Hard Place to be Be", Jack Blackman is showing no sense whatsoever of ...
[1 image] END_OF_DOCUMENT_TOKEN_TO_BE_REPLACED

We were greatly pleased to be able to feature the zeitgeist tapping "Self Isolation Song" by Jack Blackman on ‘Hot Music Live Presents Volume ...
[1 image] END_OF_DOCUMENT_TOKEN_TO_BE_REPLACED