"Doing Nothing" by Luke Concannon 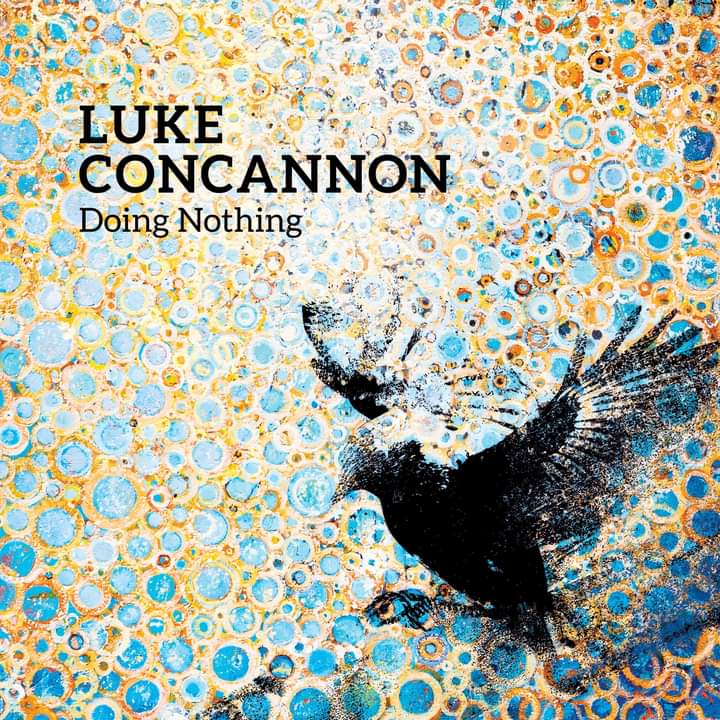 Today, I'd like to draw your attention to a new single to be released on October 2nd from across the Atlantic: quite an unusual review for an ostensibly Coventry & Warwickshire orientated magazine, but since it's been created by one of our own, namely Luke Concannon, it  certainly falls within our remit.

I've been following Luke's creative path since he began & frankly though it's tempting to look at how his travels & explorations have shaped his music (I'm sure his odyssey around the Mediterranean to Palestine had a massive influence) and so look for Americana traces in "Doing Nothing", in fact his work has always been a most interesting and seamless genre defying mix: originally billed as folk meeting hip hop, that description was light on the jazz inflections of Nizlopi let alone his Irish music roots. No doubt many other cultures have since informed what he now does, but the new single as with all his work remains definitely individual & unmistakably Luke: but then which of his records does that not apply to?

The song acts as an appetiser for his forthcoming album 'Ecstatic Bird in the Burning' (which comes out on February 5th 2021). I've been privileged to hear the whole collection & am most eager for you to do the same: February seems such a long way off but it certainly gives us something to look forwards to.

"Doing Nothing"  (is there a little Specials reference in there?) generally addresses the subject of internet addiction (I imagine that his concerns predate COVID-19 and the upsurge in online activity) but frankly there is a huge amount going on in there in terms of not just what Luke is singing about but also the mood which shifts almost constantly throughout: there is humour in there (as you'd expect) but also (as again you'd expect) concern for us all and above all a great deal of self examination which had it not been for the humour & humanity could have made for uncomfortable listening. Yes, he does warn about his own susceptibility to the dark side of the internet and by extension our own, but it also more than touches upon facts such as that his former protégé Ed Sheeran is now doing so much better commercially. Is it because Ed takes more risks than Luke or because the latter wastes his time online? Or because he is "scared of his own gifts"? Some very deep thoughts here & your heart goes out to him.

He apparently "avoids the discomfort of taking risks" by "watching cage fighting and eating chocolate" which I have no doubt to be true (and he confesses to researching old lovers on social media too) but balancing this to some extent I would point out that he has also been using the internet for beneficial purposes: his regular live streams seem far more dedicated to promoting other artists than his own work.

It's very soul searching stuff (a long term characteristic of course) and I imagine it helped him cathartically but I also assume he means it as guidance to us too.

Musically the song is much nearer the traditional folk end of the spectrum of his material, with a stark guitar part augmented later on by what sounds like a ‘cello, plus female harmonies (his wife Stephanie Hollenberg?) All very tasteful & suited to the very personal nature of the song, which in turn very much sets the scene for the full album to come: powerful new material which really challenges the notion that "doing nothing" is entirely what he's been up to.

As a very special bonus, should you care to pre-order "Doing Nothing" at https://smarturl.it/0e6shl  then you'll be entered into a draw with the winner having Luke write a song for them. Which is quite an incentive in addition to the excellence of the song.

Check out the incredible video too at

For his first single since the great success of his ‘Ecstatic Bird in the Burning' album, Luke Concannon has created "What Would You Change" ...
[1 image] END_OF_DOCUMENT_TOKEN_TO_BE_REPLACED

As I'd been in contact with Nizlopi singer/guitarist Luke Concannon regarding the release of his brand new solo album 'Ecstatic Bird In The ...
[1 image] END_OF_DOCUMENT_TOKEN_TO_BE_REPLACED

One of the most anticipated albums to be issued by a Coventry & Warwickshire artist has to be 'Ecstatic Bird In The Burning' which Luke ...
[1 image] END_OF_DOCUMENT_TOKEN_TO_BE_REPLACED

In advance of the full release of his new album 'Ecstatic Bird in the Burning' in February, Luke Concannon is this week sharing a third ...
[1 image] END_OF_DOCUMENT_TOKEN_TO_BE_REPLACED

If next February seems still an awfully long way off to wait for the release of 'Ecstatic Bird in the Burning', the next album from Luke ...
[1 image] END_OF_DOCUMENT_TOKEN_TO_BE_REPLACED