"Sides of Me" by Antonia Kirby 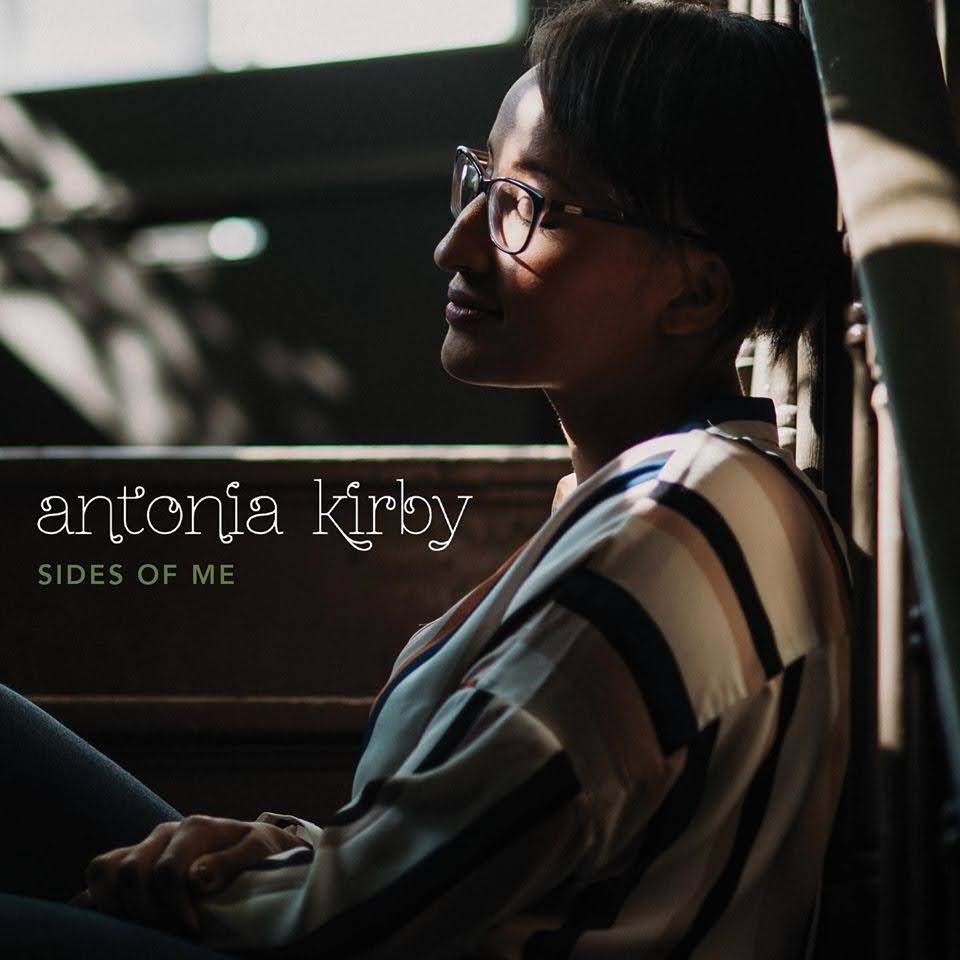 After the misfortune of having the dreaded lurgy delay the anticipated & planned release of her new EP "Sides of Me", Antonia Kirby (whose "Labour of Love" appears on ‘Hot Music Live Presents Volume Two': and it originally first came out on her last EP ‘The View From Here' in 2016), has finally felt that the moment has arrived to share it with us.

Long since recorded, perhaps fortunately for any sense of career momentum, three of the EP songs ("Fool",  "Icarus" & "Fool (Funk)") have already been shared in the form of singles with the public (and indeed reviewed in "Hot Music Live" between December last year & this May).

The two versions of "Fool" smartly bookend the EP & I think the order of ballad to open & funkier version to close is very much the right one.

Since my thoughts on those tracks can be found in the respective reviews, I'll turn my attention here towards the songs on the record not previously released, namely "Sweet Serotonin" & "Barricade".

The former follows on effectively from "Fool" on the EP (all the tracks bar the funky finale are stripped back single instrument & vocal) and is a real revelation: the sound is Latin & the lyric one of her best to date: in fact it may just have shoved its way to the top of my personal list of favourites of Antonia's work. I do hope that it gets the airplay it deserves. It shares with the magnificent "Summer" of Charlotte Hatherley the clever analogy of using that particular chemical to describe a beneficial state of mind & although I presume a release earlier in 2020 might as in that case have linked well to the summer season, perhaps it has a new & more subtle resonance in late September: it's now we particularly need serotonin especially when it's less plentiful & we have mental health challenges ahead of us.

"Barricade" has a more of a sombre tone (though still sung with her characteristic lightness of touch) and the guitar drives along more insistently in protest song style, although I'm not sure she is necessarily protesting, just testifying. Sitting next to the equally reflective "Icarus" on the record, it provides a more introspective element in the collection, to which the more party style release of the closer "Fool (Funk)" contrasts well & helps carry us on a short emotional journey through the five tracks.

Again I salute the production of Antonia's long term collaborator Nick Dransfield which frankly is pristine and credit too to Tom Haines who plays on & co-composed some tracks and supported her throughout.

Today I'd like to share with you the latest single (out today) by Antonia Kirby whose"Labour of Love" appears on ‘Hot Music Live Presents ...
[1 image] END_OF_DOCUMENT_TOKEN_TO_BE_REPLACED

Today I have the opportunity to repair another omission in my reviewing history for "Hot Music Live":  to be precise until this moment, I have not ...
[1 image] END_OF_DOCUMENT_TOKEN_TO_BE_REPLACED