"The Fear" by The Session 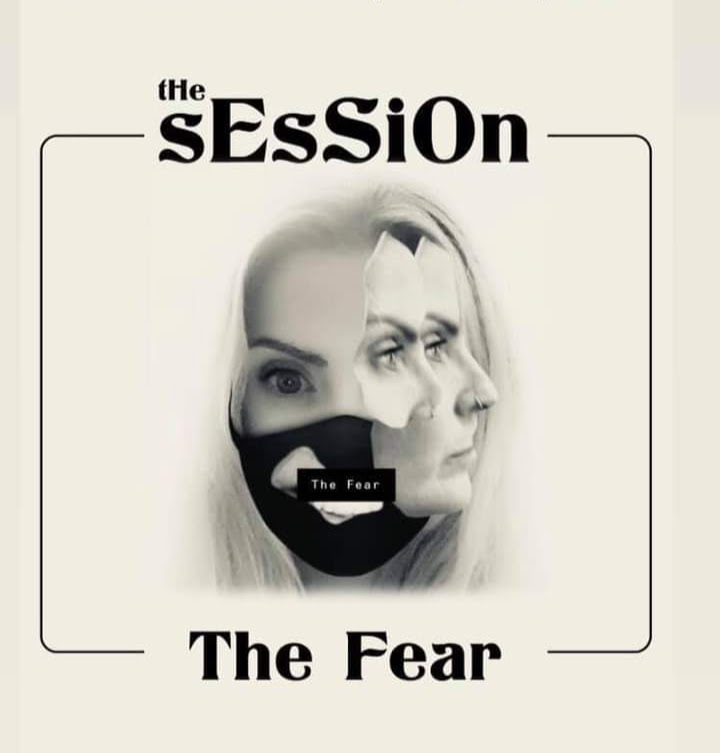 This is in many ways an unusual review but definitely one I have very much looked forwards to writing for some time.

Normally, my reviews fall into a few distinct categories: music I've managed to catch around its release time, some songs & releases I've been fortunate enough to hear prior to release & can therefore preview & occasionally (too often?) material whose release I missed & for which I have to offer a belated account plus apologies.

In this case, the awaited new single by The Session, that is to say "The Fear", is actually scheduled to come out tomorrow: I knew this & so probably did you. However in this instance, the band incredibly kindly allowed its inclusion on ‘Hot Music Live Presents Volume Four' more than a month before bringing it out themselves & so for that reason (and increasing pre-release radio play), not only do I know the track really well already, but so I imagine do many of you reading this. It does however give me another chance to thank the band for such a generous gesture of support for our project.

Remarkably the band  (Sheryl McClean (vocals & percussion), Dean MacDonald (vocals & guitar), Dave Chambers (bass guitar), Fred 'Frederson' Waite (lead guitar) and Ciaran Corkery (drums)) have managed to create three singles during the current circumstances (the preceding ones being "Denver Hill" and "Ravages of Time" which appeared on the "Front Room Sessions" project): generally solo artists & smaller lineups especially those with access to home studios have been the ones to find recording easiest. However this is a band who not only rolls up their sleeves in the face of adversity & confront it but who wear their hearts on those sleeves in many differing ways & their frustration at not being able to do more, especially the live work they excel at, is both palpable & explicit in what they have been saying in public, both on social media & the radio interviews Sheryl & Dean have been able to take part in.

Dean is equally candidly on record on calling "The Fear" their best work to date.  Quite an assessment given their impressive back catalogue & I'd say that taking into account recent singles such as the ones released this year & the preceding "BLIND", they are in general rare form at taking their music into constantly interesting new areas & never resting on their considerable laurels as they move forwards.

Produced by Matt Waddell at 14 Records, Leamington, "The Fear" is in fact (as I'm sure you already know) as good as Dean suggests. Powerful as anything you'd expect from this band, it is an intriguing song to dissect (not something I much want to do normally but it's required as a reviewer) and I keep hearing lots of different elements in there. Ostensibly a rock song, delivered with Sheryl's customary panache & skill, I hear folk echoes in her vocal line, though disguised to some degree by the way she carries them over: not least the feeling of unease bordering on panic. The music too has an insistent post-punk guitar nagging away in the apparent rock sound & this too adds considerable edge to the paranoia which pervades the song as does the deep & ominous bass.

The band have a justifiable reputation for entertainment but maybe their capacity to tell an interesting & unusual story with their considerable skills & experience deployed to tell such with subtlety & effect is not as appreciated. It should be. In this case (and with the sort of topicality which adds extra resonance to songs), the theme seems to be around how fear itself damages us, on top of whatever the cause of the fear does (think of FDR's "the only thing we have to fear is fear itself" from his 1932 inauguration). Especially now, the Session are urging us to fight the feeling before it engulfs us. I'm sure the song's creation predates the current neuroses and didn't originally  apply to them, but like any great song it has the capacity to allow us to apply it to anything of our choice & the sense of "going nowhere fast & running on the spot" certainly hits the bullseye for the past months & the ones ahead we are all contemplating. Being The Session though, they are careful too not to remain wholly pessimistic: the song offers hope too.

If you are a Session fan, you may, thanks to their generosity, have a copy of "The Fear" already. Please consider buying one though: they deserve our support. Have a look at the video they managed to shoot in Leamington the other week too: it can be viewed here:

It was a pleasant surprise to learn that one of our area's most dynamic & exciting bands The Session have managed to unleash a new single called ...
[1 image] END_OF_DOCUMENT_TOKEN_TO_BE_REPLACED

I could, I suppose, run through every act I saw & enjoyed at the 2019 Godiva Festival in detail which would give them the credit they thoroughly ...
[12 images] END_OF_DOCUMENT_TOKEN_TO_BE_REPLACED

Another great upcoming release which I have had the pleasure to have been able to listen to for the last few weeks has been the new, Leamington ...
[1 image] END_OF_DOCUMENT_TOKEN_TO_BE_REPLACED