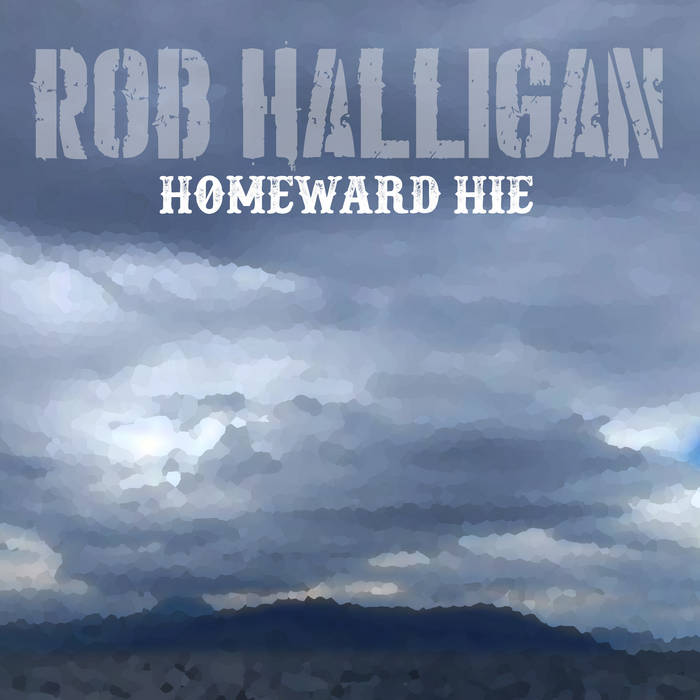 Rob Halligan fans will have felt blessed over the past week with two separate releases which I hope you won't mind my telling you about in a combined review.

The (slightly) earlier of the two, "Homeward Hie" represents a new direction for Rob, being his first released instrumental & in addition to the majority of the instruments played by its composer, Ewan Cameron adds whistles to this very celtic tune. I imagine that given its title if fits into his ‘Always Heading Home' project & indeed apparently its genesis lies in an intended interlude for another song which then evolved into a standalone piece evocative of heading into the west & the sunset & finding oneself in a land a natural beauty & sense of belonging.

The second song, released on Friday, however has different emotional overtones & history. "Sunshine" dates back a good couple of decades and this reworked version featuring Rob & piano and vocals and Andreas W Andersson providing soprano saxophone from Sweden has been created for the nineteenth anniversary of 9/11 as it was Rob's Dad's favourite of his songs & as you may well know, his father lost his life on that day.

With such extra layers of meaning & emotion (the majority of which I imagine apply most emphatically to Rob himself), it is difficult to be too objective about the song itself: so many tracks gain so much more meaning in the context of how they affect us remind us of things and people: in fact I could argue that all good music, all our favourite songs, have such power over us due to evocation of memories in addition to their basic content.  Equally, I can't really comment on the track without holding in my mind why Rob has released it & the poignancy of the context.

You can see why his Dad loved this tender ballad, perched on a wire between sadness & positivity. The sax and the plangent piano simply emphasise the poignancy & I defy you to listen without a degree of moistness to your eyes.

I'm much obliged to Rob Halligan who has been in touch with me to ask me to pass onto readers of "Hot Music Live" the details of Motofest 2021: ...
[1 image] END_OF_DOCUMENT_TOKEN_TO_BE_REPLACED

Although his spirituality informs & enriches virtually all his work, in April 2019 Rob Halligan released a very explicitly sacred collection of songs ...
[1 image] END_OF_DOCUMENT_TOKEN_TO_BE_REPLACED

Fresh out today is a live album of the special lockdown gig which Rob Halligan played at Coventry Cathedral with the help of Ewan Cameron and Chris ...
[1 image] END_OF_DOCUMENT_TOKEN_TO_BE_REPLACED

Today marks the release of the new Rob Halligan single entitled "Bigger Than Me", a swift follow up to his ‘Christmas Time' EP and as ...
[1 image] END_OF_DOCUMENT_TOKEN_TO_BE_REPLACED

Rob Halligan is another of our local musicians who could certainly be described as "prolific" in terms of just how much excellent music they are ...
[1 image] END_OF_DOCUMENT_TOKEN_TO_BE_REPLACED

During the last eight months, I have reviewed releases I had some inkling of in advance, a few well in advance, some complete surprises & some long ...
[1 image] END_OF_DOCUMENT_TOKEN_TO_BE_REPLACED