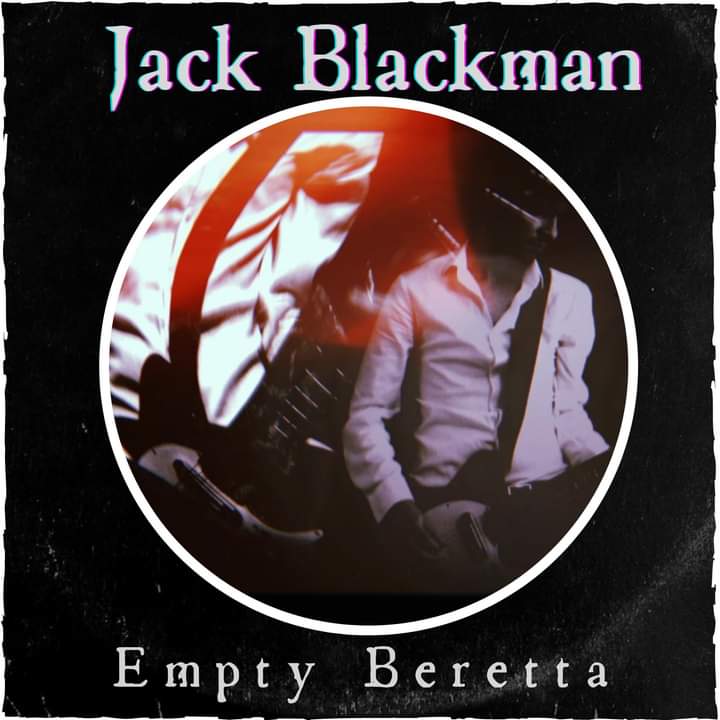 We were greatly pleased to be able to feature the zeitgeist tapping "Self Isolation Song" by Jack Blackman on ‘Hot Music Live Presents Volume Four'. Now, with the collaboration of Euan Blackman (keyboards & backing vocals),  David Vaughan on drums and James Maguire on bass, he's gone and done it again with another great song created out of the dark musical abyss of lockdown, namely "Empty Beretta"

Quite how they managed to put it together under constraints now applying is mysterious & I think it should remain that way. It certainly has all the cohesion of performers playing together & off each other to excellent effect, so if it was actually one of those tracks assembled from its constituent parts then they deserve great credit. It is a powerful & organic piece with, as you'd expect, different dynamics to the solo "Self Isolation Song".

A long (nearly five minutes) song, it has the time & space to be a slow burner, building inexorably over its course. This menacing blues (the title rather sets the tone) paints dark & disturbing images of a world where things are not as they ought to be.

Tastefully understated vocals are counterpointed to an ominous rhythm section stalking them like the Grim Reaper and then keening slide guitar figures enter the sonic picture: sometimes offering stiletto interventions and then retreating into the background to provide a more constant threat.

"Empty Beretta" never lets up & after more than four minutes of brooding intensity it certainly has left its mark by the coda. As a metaphor for our times, it is a chilling & atmospheric one which captures aspects of the common mood. As a track in its own right, it is up there with the best of his work & if difficult times have driven inspiration for work like this, then I suppose it is some compensation for having to live through them.

Here's a slightly rhetorical question: what is better than a new release by one of the most respected & popular Coventry & Warwickshire artists? ...
[2 images] END_OF_DOCUMENT_TOKEN_TO_BE_REPLACED

After his most impressive prolific run of form since the music scene was turned upon its head, from "Self Isolation Song" (which is also on ‘Hot ...
[1 image] END_OF_DOCUMENT_TOKEN_TO_BE_REPLACED

Jack Blackman is not only on a rich run of form at the moment (the pandemic seems to be inspiring him to express his feelings through the medium of ...
[1 image] END_OF_DOCUMENT_TOKEN_TO_BE_REPLACED

At the end of a month which began with the release of his excellent single "Hard Place to be Be", Jack Blackman is showing no sense whatsoever of ...
[1 image] END_OF_DOCUMENT_TOKEN_TO_BE_REPLACED