'The Life I Had 'Til Now' EP by Little Girl Screaming


'The Life I Had 'Til Now' EP by Little Girl Screaming 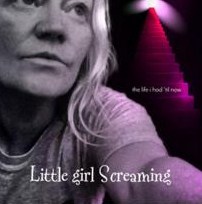 One of my favourite local bands (and I am far from their only admirer) has long been Little Girl Screaming, a band I came to via their incendiary live performances and subsequently their excellent recorded material: John Rivers at Woodbine Studios doing a marvellous job to reflect their power & edge. I was so pleased that their song "Bit Late for a Conscience" (originally released on the 'Pretty Noise' album in 2007) appeared on the inaugural ‘Hot Music Live Presents' album but sadly despite my considerable enthusiasm, you won't find any previous reviews of them by me in the magazine as they've neither released a record nor played locally in the years I've been writing here.  2008's ‘Two Butterflies' EP being their most recent release.

Thank goodness the wait is finally over as they have unleashed their ‘The Life I Had 'Til Now' EP on us today. Reunited with John, they were fortunate to get their sessions at Woodbine complete before the lockdown & it's tempting to say that the wait was worth it, so strong is this set (I was fortunate enough to know that it was on its way as John had conveyed his enthusiasm to me some time ago).

It's like they've never been away frankly. Each track hurls itself off whatever device you are playing it on, shakes you roughly by the throat & then stays in your mind forever.

One personal delight was the inclusion of long time live set favourite "Am I Not Here, Can You Not See?". This is archetypical Little Girl Screaming: melodic yet punky, utterly memorable and above all lyrics with a point: ones which frankly anticipated the #MeToo debate by quite a number of years. (They did in fact record this song on ‘Two Butterflies' but I think this version really adds considerably more venom).Vocalist/lyricist Tree pulls no punches here: not even a bit of shadow boxing. This is for real & it deserves a wide distribution. Men listening should be ashamed at what they are being called out about.. Somehow the band & John not only pull off the feat of producing a version every bit as dangerous as their live performances, it actually appears to be played at even faster a rate than I remember it. Marvellous.

Kicking off the EP is "Pictures" (check out a video for this song, with a nice topical NHS plug, at   https://www.facebook.com/chris.kendall.79/videos/10219684999329526), another fine addition to their repertoire of a song with catchy pop pulling power backed by insistent & compelling playing: intelligent lyrics (as always) setting us questions almost as uncomfortable as on "Am I Not Here, Can You Not See?", in this case on how to deal with the passage of time. If the latter had faint echoes of Buzzcocks jamming with early Altered Images, "Pictures" restrains the rush slightly & its menace is all the greater for it. Until of course they press the accelerator and off it goes again.

The curiously titled "What About the Cats?" (don't worry, it becomes clear) is again a song which doesn't shy away from the difficulties of life. Again passages of noise & less noise, fast playing/singing & less fast, alternate almost too quickly to adjust to as the story of a disfunctioning relationship reaches its terminal phase. Tree doesn't exactly hold back on conveying senses of frustration nor displeasure at the consequent situation. Presumably to spare the blushes of family listeners, you actually get two versions of this song on the EP, one with less explicit articulation of her thoughts on the matter.

"Watch Me Float' sounds like its title might lead you to expect  & actually hits some Floyd moments which came as a surprise (though in a good way: I would much rather be surprised by a band however much I like their signature sound) until it subtly builds into a much bigger soundscape (and boy does it get big. You start wondering just how far the band & John are actually going to take it).

Little Girl Screaming at full throttle are an awesome band (regular readers will know my concern that the adjective is used far too lightly in music reviews & I very very rarely use it: it applies here) & I cannot wait to see them live again. May that day be soon. However, in no way do I wish you to take away the impression that their considerable vocal & instrumental heft lacks subtlety nor nuance. The songs are built upon excellent musicianship and once you shift your attention from the very ear catching words, repeated plays reveal the intricate arrangements: not a note is wasted & well crafted parts dance round each other, usually with most memorable riffs & lines, playing with each other & certainly never repeating anything for too long, whether its volume, tempo nor series of notes. And John of course allows us to hear all this clearly through the wall of sound.

Let's face it, they've been away too long & now they are back let's embrace them & support them.