"Lullaby For Lucas" by Katherine Abbott 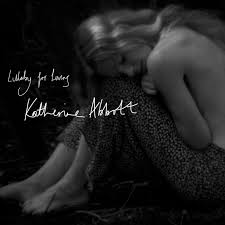 Another first for me: my debut review of Stratford singer songwriter Katherine Abbott & my apologies as I'm arriving quite late at this particular party.

Her stunning new single "Lullaby For Lucas" was released the day before yesterday & is already attracting a lot of praise & the odd jaw is dropping at the quality of the writing (including by other artists reviewed in this magazine): which is matched by its delivery.

I fear sometimes in my reviews that I keep repeating a similar point at the diversity of voices in the contemporary Coventry & Warwickshire scene & how fortunate we are to hear so many writers & performers who simply do not copy each other nor famous names but remain true to themselves: while supporting each other. I would apologise but frankly each time the point is reinforced for me with songs like this: what else can I say if I am to pass honest comment? We are lucky: having been listening to local music for a significant number of years now, I can assure you that this state of affairs was far from always the case & perhaps we ought to celebrate it while we have it as it is a rare phenomenon.

I'm not even sure I can find the right words to describe Katherine's vocal nor instrumental sound: it is clearly something integral to her & as something organic & natural, it rings all the more true. Certainly breathy in style with folkish tinges, classical hints & intriguing wisps of other possibly more exotic influences which drift in & out of the melody a little too fleetingly to be able to pin down, tantalising us.

The song certainly appears to be what it would work well as: a gentle & loving song for a child's bedtime.  Except Katherine again tantalises us because it's more than that as she wrote it about a wandering opera singer who had lost his voice whom she had met on the Camino de Santiago (how utterly romantic is that?) and manages within its four minutes to deal with the intricacies of relationships, forgiveness, the need to be non judgemental & how people can evolve through the challenges life puts before them. Heady ideas, but perhaps these are what one focuses in on while following a pilgrim's trail. It certainly also takes a rare talent to address so much in so short a time without seeming to cram it in & while retaining the air of simplicity so we listen & understand. There is a tremendous economy & precise use of lyrics & imagery at work to achieve this.

As you might expect from such an adept writer, her prose is as articulate as her lyrics & I really can't improve on what she says of the track so I quote it verbatim:

"It was inspired by one of those magic nights in a remote village bar where a group of people find
themselves unified somehow by winding up in the same place at the same time on their journey;
playing music and telling stories until the early hours. I think people can become the purest versions
of themselves when they're living in the moment, producing an honesty that can be hard to find
when living within the rigid everyday pressures and structures of society,'"

This is a really stunning single & though it's my first Katherine Abbott review, I'm determined that it will not be my last one.

After the pleasure at being able to review "Lullaby For Lucas" by Katherine Abbott last month, I'm delighted that so little time has elapsed ...
[1 image] END_OF_DOCUMENT_TOKEN_TO_BE_REPLACED