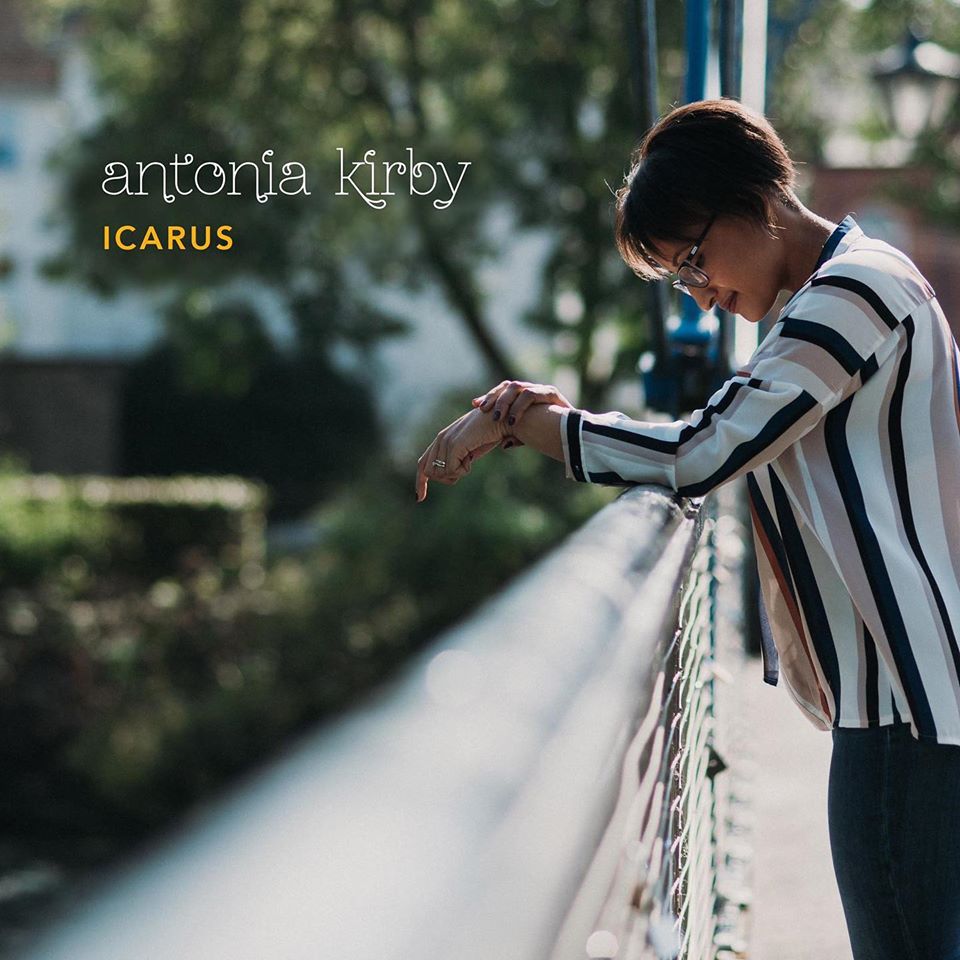 Today I'd like to share with you the latest single (out today) by Antonia Kirby whose"Labour of Love" appears on ‘Hot Music Live Presents Volume Two'.

After her  last diptych of singles in December:  "Fool" and "Fool (Funk)"  (which of course we covered in the magazine), "Icarus" returns to the more spare acoustic style of Antonia's  ‘The View From Here' EP from four years ago albeit with its own often jaunty air which counterpoints the message in the words.

It is a reflective piece and centres, as you'd imagine from its title, upon the central narrator's feeling that they'd flown too close to the sun & were experiencing the consequences: something many people, in equally many different ways, might associate with. This in turn has led to a sense of "shame" and hence a desire for some sort of redemption.  Apparently Antonia wrote this last year after a period of writer's block and after the birth of her son, which is intriguing as you'd expect the two to stimulate in very different ways and the latter certainly not to have given rise to a song like this.  Plausibly (just), one might see the words as wondering whether the blockage was possibly retribution for some transgression but even the slight anticipation of hope in "Icarus" is not consistent with the level of joy in having had a baby so I expect that the birth & subsequent song writing were coincident and not necessarily  lyrically consequent.

What I like about the single is how Antonia keeps it simple: that helps the feeling of honesty which come through but also indicates her strength & confidence in writing (blockage notwithstanding): no need to hide behind contrivances or distractions and the arrangement emphasises this.  It is a special skill to do this: it must require confidence in your own song & in your delivery but the end result is much more impactful than many lesser songs which dazzle us with showboating, production tricks & other shiny baubles to stop us spotting weakness in the composition. I must give credit at this point to Tom Haines who though not a formal co-writer on "Icarus" as he has previously been in working with Antonia, encouraged & guided her with the song & whose support in these respects she is very appreciative of.

I'm pleased to have the opportunity to tell you of a new Antonia Kirby song: the first I think I've reported on to you since "Sides of Me" ...
[1 image] END_OF_DOCUMENT_TOKEN_TO_BE_REPLACED

After the misfortune of having the dreaded lurgy delay the anticipated & planned release of her new EP "Sides of Me", Antonia Kirby (whose "Labour ...
[1 image] END_OF_DOCUMENT_TOKEN_TO_BE_REPLACED

Today I have the opportunity to repair another omission in my reviewing history for "Hot Music Live":  to be precise until this moment, I have not ...
[1 image] END_OF_DOCUMENT_TOKEN_TO_BE_REPLACED