'Hindsight' by Year Without a Summer


'Hindsight' by Year Without a Summer 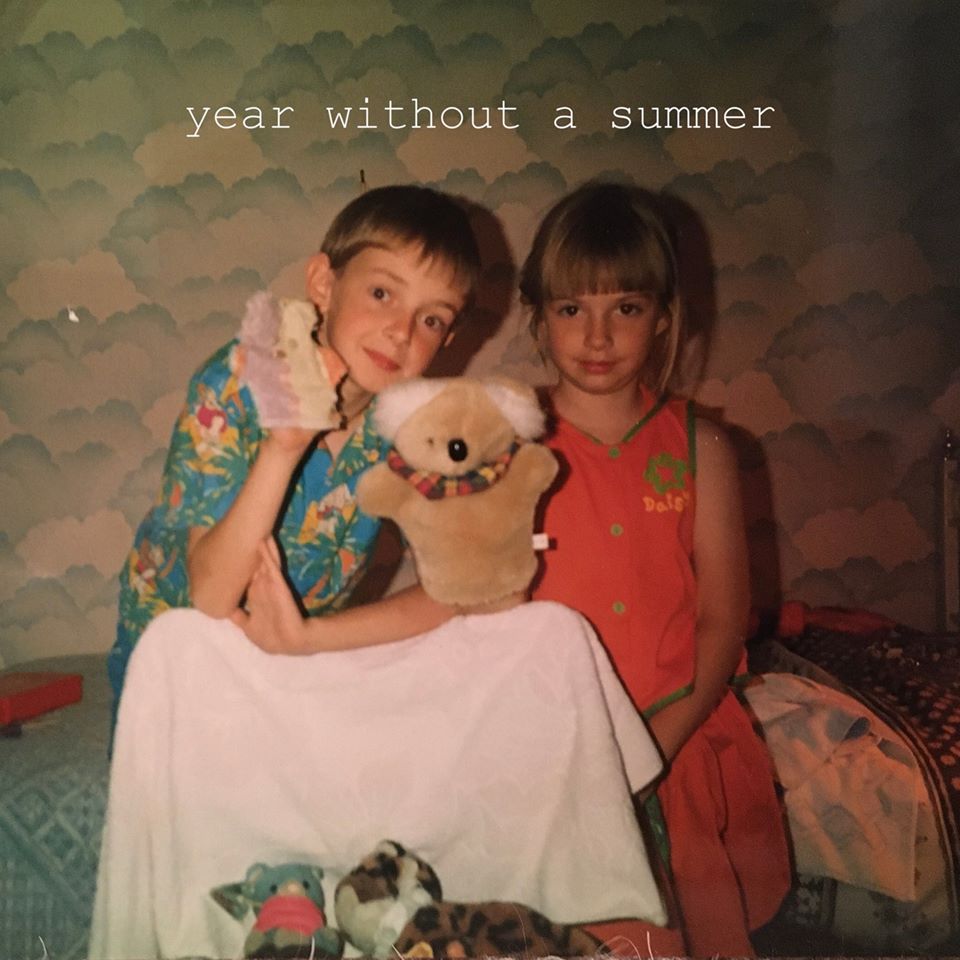 Thankfully despite the complete lull in gigs to review, the flow of releases continues (though I suspect we are going to reach a point when material recorded Before the Event becomes much more scarce). Equally fortunately, the records which have emerged have been of the usual high quality we have been reviewing in these pages & with many unique points of interest to relate to you.

Not least amongst these is the subject of today's piece, the sixth release from Year Without a Summer which is to say their new album ‘Hindsight'.

Don't necessarily take "their" as signifying plurality though, as Year Without a Summer is the vehicle for the solo work of Joe Wilson and it is he who deserves the bulk of our regard and applause with the remainder going to his fellow Deathsex Bloodbath colleague Sara Beamish for additional vocals. Everything else is pure Joe apart from some drums on one track from the Jim Dooley library

You should, I hope, have enjoyed the track "What Happened to the Caterpillars" whose exclusive remix by Joe appeared on ‘Hot Music Live Presents Volume Three' (it originally appeared in a different mix on 2016's 'Year Without A Summer' EP). You may also know his work as part of the fabulous and aforementioned Deathsex Bloodbath ("Dimension 69's number one glam-garage sex-and-violence dreamboats/shipwrecks") whose "Do Better" appeared on ‘Hot Music Live Presents Volume One'... Even more recently Joe conceived of & put together the ‘Songs From the Vaults' compilation to raise funds for the Tin which featured (amongst many others) "Hot Music Live Presents" artists  Sophie Hadlum & Ian Todd  and "Hot Music Live" reviewees We Are A Communist &  Batsch.

If not familiar (yet) with Joe's take on the world, a listen to the latter album & the entire oeuvre of DSB will make it very clear that he is most at home in the most alternative (not to say transgressive) forms of music: where the artistic impulse prevails completely over the commercial. These bands really don't get much of a look in on mainstream radio etc. Sadly.

So if you are expecting some sort of "difficult" avant garde musician, I can forgive you as I've just sort of set that up. It's not actually very true. Even with an act as outré as DSB, there is a really strong instinct for the catchy pop instinct (though the lyrics are another matter altogether) and Year Without a Summer fits nicely with this. If you haven't listened to "What Happened to the Caterpillars" yet (and if not, why not?) then you have yet to get that earworm installed in your mind.

‘Hindsight' is, its creator tells us "a record about issues and barriers, but also a record about trying to get better": and indeed it seems to be, being a most humane, gentle & sympathetic tour of various scenarios with quiet often almost whispered vocals throughout.

It is also something of a nostalgically orientated set (the title is a bit of a giveaway) in several respects. The set is bookended by two versions of "Sweet Macedonia": the first (credited to 1996) being a mostly electro instrumental which finally bids farewell to the Balkan state. The album closer, dated to this current year switches to a more traditional keyboard sound and its much earlier entering vocals look back to the writer of the original version & celebrates and reflects upon the journey he has been on in the intervening quarter century.

"Cheating at Rubik's Cubes" has even deeper roots given its connection to the early 80s sensation (like this writer, YWAS admit to having never solved it) and reflects this in an idiosyncratic sound which certainly "feels" retro without being so obviously 80s in detail. As an amusing extended metaphor on the dealing with the world's challenges it certainly brings freshness & originality to, let's face it, a very regular target of songwriters.

However even this song deploys less hindsight than "Voynich Manuscript" which alludes to the highly enigmatic manuscript which could date from anywhere from the 15th to 17th century and which sounds like what Lou Reed might have sounded like if he'd written more about Coventry than New York: it has that strange balance he managed to achieve between menace & melodicism with a lightness of touch which belies the rapier of the wit: certainly it is a favourite of mine amongst the album tracks.

The Edgar Allen Poe centred "Quoth the Raven, "We've Updated Our Privacy Policy" is a broody seascape of a song with a pair of voices duelling in angst with accusations flying amidst the despair: a Poe element I suppose being the darkness prevalent.

"The Tell-Tale Heart Emoji" is a slightly desperate song, performed at a jittery & rapid pace rather effectively evoking uncertainty & teetering again on the edge of desperation and (since it precedes "Quoth the Raven..") seems to anticipate the later song with its similar feel, images of "navigation" and interlaced vocals, again tripping over each other rather than the polite answering of conventional pop.

"Couldn't Get It Right" sits dead centre in the order and is perhaps the closest the album gets to the glam clang of DSB & it also the lightest touch lyrically: humour(s) of various sorts abound throughout, but on this track they stay pretty good natured. Echoes of bands such as the Velvet Underground or Television Personalities periodically hit your perceptions & the YWAS interest in lepidoptera and similar creatures can be detected too.

Like a lot of the music we are currently lucky enough to enjoy locally & which we try to pick up on in the magazine & through the "Hot Music Live Presents" albums, Joe is an artist not merely with his own well focused vision & values, but also the confidence not to be deflected from his course. He deserves wider appreciation not merely for the principles involved but also, and crucially because this is not just good music but it's also truthful. I imagine he is accepting of his place in the musical margins: he may even enjoy the idea of outsiderdom. However there is no inherent reason why the mainstream should not pick up on ‘Hindsight': it is a set of high quality songs which also have the benefit of sounding different to much of the commercially successful fare.. I live in hope.

The 'Hauntings' EP by Year Without A Summer

It's been nearly a year since we last reviewed a Year Without A Summer  release in these pages (and the last couple of years have come close to ...
[1 image] END_OF_DOCUMENT_TOKEN_TO_BE_REPLACED

"What You Taught Me (Baby)" by Year Without A Summer