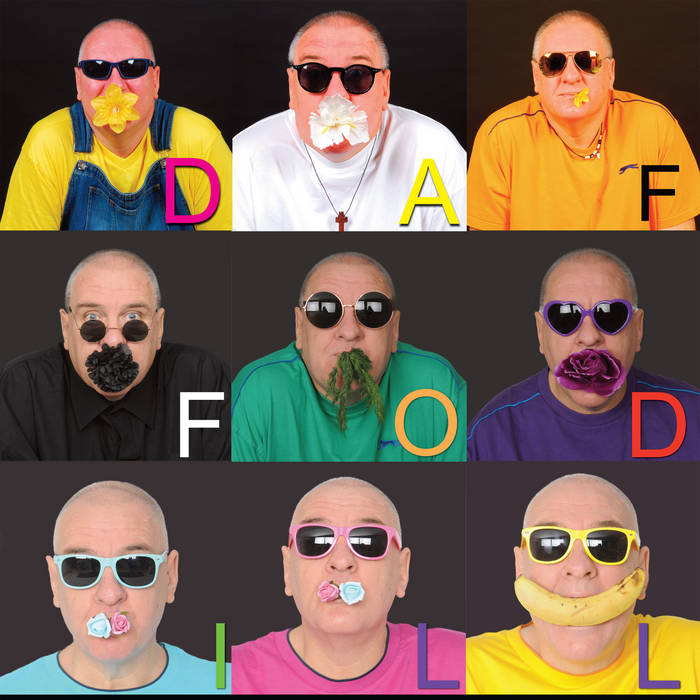 For the past three years, former Gods Toys & I vocalist Dill has been making up for the time lost out of music for personal & health reasons by becoming the most prolific of writers & recorders of original material you can imagine & has also become a confident & idiosyncratic instrumentalist, playing on all his tracks in this series.

I have reviewed all eight of his albums (issued under the stage name "Daffod'i'll") during this period between 2017 & 2020 (though on a couple of occasions, so rapidly did they come out that I have been obliged to review several together. In chronological order of release they are:

‘I Wondered Lonesome As a Crowd'

I'm not sure how he managed to do this nor what criteria were applied (I  could imagine good cases being made for songs such as "MASS , Everything OK", "Flowers", "Galileo Galilei Galilee" "Babble On Babylon" or "See the Lightning, Beat the Rock") and perhaps the album could also be seen as a good sampler collection to introduce people to his very individual style & diverse set of styles : like Island Records used to do so well both for genres & to develop interests in then neglected & often equally idiosyncratic artists like Nick Drake. So, if you are coming fresh to his recent work, this may well be your best starting point before exploring the whole series.

Today sees chapter 34 in Daffod'i'll's solo album series with the release of ‘SAY AHHH!' with its tracks being "Conquer All", ...
[1 image] END_OF_DOCUMENT_TOKEN_TO_BE_REPLACED

Eight days after my last Daffod'i'll review, here he is back with another album (just the one this time, although he apparently has another ...
[1 image] END_OF_DOCUMENT_TOKEN_TO_BE_REPLACED

In the four days since I reported on the release of the  last four Daffod'i'll albums, he's back with yet another four today.
[4 images] END_OF_DOCUMENT_TOKEN_TO_BE_REPLACED

After releasing three more albums about as many weeks ago, Daffod'i'll  is back with three more plus another compilation ('The Best ...
[4 images] END_OF_DOCUMENT_TOKEN_TO_BE_REPLACED

After last week's release of no fewer than four new albums, this week Daffod'i'll is back with just one album: his twenty third, ...
[1 image] END_OF_DOCUMENT_TOKEN_TO_BE_REPLACED