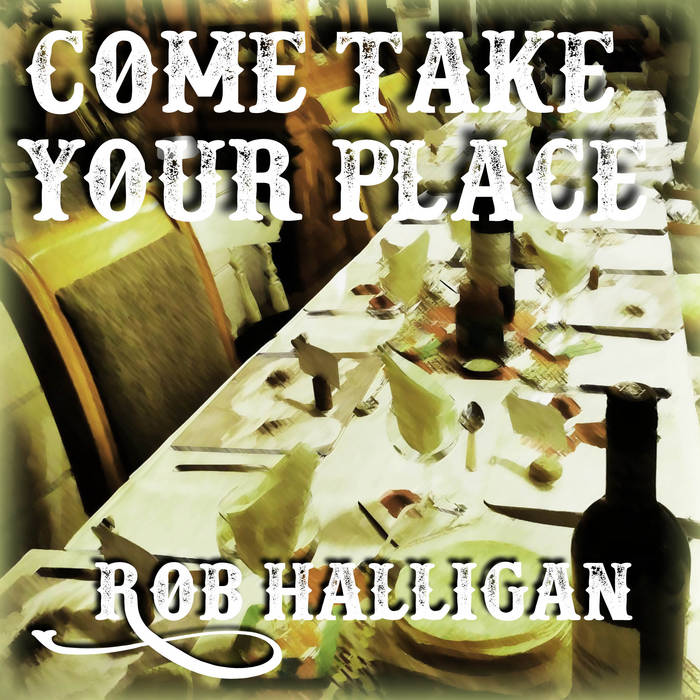 Today I'm pleased to be able to draw your attention to a new release by Rob Halligan, namely "Come Take Your Place", his first since "Nothing Good is Wasted"  which we reported on in the magazine a month ago.

This latest track was recorded at the Foundry with Sandy Jones (of Wet, Wet, Wet) & Graeme Duffin and featuring Ewan Cameron on whistles.

Whereas his last song was dominated by piano, on this one Rob turns back to the guitar and strums away in a very singalong fashion: I imagine it being one which in time he can get audiences joining in on. The arrangement is deceptively simple to frame the central lyrical message & not distract from it, but that itself is a wise decision & does not mean there are not subtleties for your ears to pick up in there (not least the whistles).

The theme is uplifting as one would expect from him & although I imagine it was written in happier times, they work very nicely in the context I find myself writing within (though of course none of us will be taking our places at any communal table however much we might want to, for a while: so it works as a fine aspiration & goal for when we can cease to be isolated). Perhaps Rob selected it from among tracks he had ready as being appropriate for now? If not, then there is some serendipity or higher purpose involved maybe. At any rate, it celebrates community & coming together, especially after separations and journeys & the message of "you're not alone" never rang any truer than today. I imagine some of the imagery is symbolic of a spiritual as well as literal journey but again, both resonate with me under current circumstances, complement each other & work equally effectively separately or in concert. It's a feel good song, which we need.

I'm afraid that, as might have guessed, Rob's "Always Heading Home" tour has been curtailed so the dates I gave you last time are no longer wholly valid. However you can still catch him in performance in his Facebook live gig Friday 27th March at 7 pm.

I'm much obliged to Rob Halligan who has been in touch with me to ask me to pass onto readers of "Hot Music Live" the details of Motofest 2021: ...
[1 image] END_OF_DOCUMENT_TOKEN_TO_BE_REPLACED

Although his spirituality informs & enriches virtually all his work, in April 2019 Rob Halligan released a very explicitly sacred collection of songs ...
[1 image] END_OF_DOCUMENT_TOKEN_TO_BE_REPLACED

Fresh out today is a live album of the special lockdown gig which Rob Halligan played at Coventry Cathedral with the help of Ewan Cameron and Chris ...
[1 image] END_OF_DOCUMENT_TOKEN_TO_BE_REPLACED

Today marks the release of the new Rob Halligan single entitled "Bigger Than Me", a swift follow up to his ‘Christmas Time' EP and as ...
[1 image] END_OF_DOCUMENT_TOKEN_TO_BE_REPLACED

Rob Halligan is another of our local musicians who could certainly be described as "prolific" in terms of just how much excellent music they are ...
[1 image] END_OF_DOCUMENT_TOKEN_TO_BE_REPLACED

During the last eight months, I have reviewed releases I had some inkling of in advance, a few well in advance, some complete surprises & some long ...
[1 image] END_OF_DOCUMENT_TOKEN_TO_BE_REPLACED