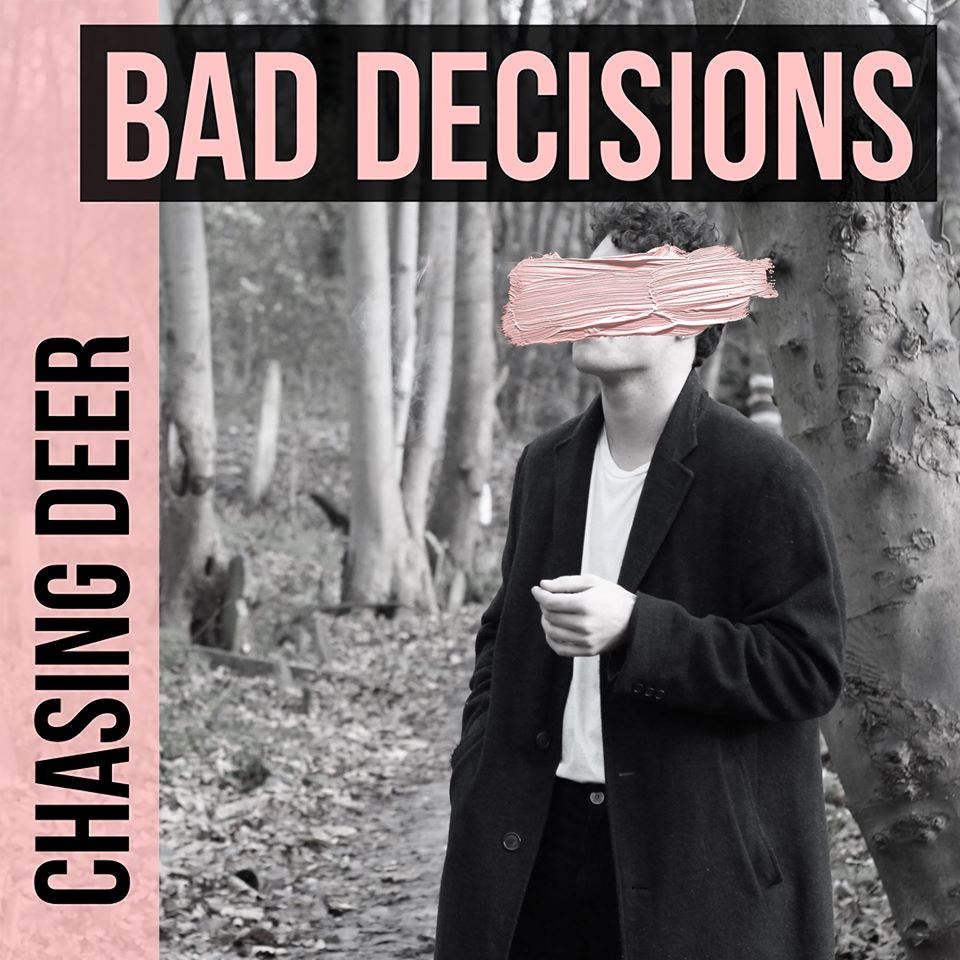 It's really good to return to "Hot Music Live" regulars Chasing Deer after a while. Most artists tend to be covered in the magazine by a particular writer with an interest in their work but this band have been featured by a range of contributors which must mirror several things: the breadth of their appeal & the general respect for their craft & approach among them.

Many acts we cover work extremely hard to develop & share their skills, even though many have significant other commitments which can limit their musical activity often for quite long times. However it is difficult to think of too many who work harder than Chasing Deer at developing material, playing live & building their audiences.  To be honest it's sometimes difficult keeping up with their many activities on stage & on the radio in particular, but overall it has long been clear that this is a band moving steadily upwards, gaining new fans all the time and all without losing the slightest connection with those they have previously made. And let's not forget their support for our "Hot Music Live Presents" project: check out their "Colour My World" on Volume One.

Relatively recent highlights have included playing venues such as the Royal Albert Hall, the Houses of Parliament, the NME Awards and performing before President Uhuru Kenyatta in Kenya.  They wrote the Pride in London single "Unstoppable", which they launched to 10,000 people in Trafalgar Square and which was chosen for the 'Out Now' Spotify playlist and broadcast multiple times on the BBC.  As for their unique role in promoting Sign Language accessibility in music, I refer you to my thoughts as expressed in my 2018 review of their album ‘Hands On'....

Chasing Deer are nothing if not bubbling with a positive (high) energy onstage & on record which sits so well with all aspects of their career: making sure people really enjoy themselves at their gigs yet amid all the exuberance, writing about & supporting very serious issues of equality, diversity & access. Their songs pretty much reflect that, or have so to date since "Bad Decisions" while no sense whatsoever being a negative song, furthers their palette of emotions & takes their writing to a new level with its exploration of darker themes than previously visited: issues which need overcoming if the better world they advocate is to come to pass.

They sing here of regret of actions towards another, of guilt & of taking ownership of behaviours. Absolution is requested but with the understanding that the wronged party is under no obligation to provide it. Redemption is deeply desired but without a sense of entitlement & some compelling imagery to help get the message across.

Musically, as if to echo this step change, the sound is unlike anything I can recall from the band previously. Rob's vocals are as passionate as ever, perhaps even more intense than before, and later they are intensified still further with massed backing. However the instrumentation starts sparse (appropriately) and, with their usual attention to detail, again the pressure is increased through layering & volume, and is the more powerful for it: a good coupling of sound & meaning. This ramping up drops & builds to reinforce tension.

I've never heard Chasing Deer create a song in the studio which didn't work really well live: however this one is a bit different: most of their songs prompt dancing really readily: I think "Bad Decisions" is much more of a lighter in the air track.

I am not aware of any actual bad decisions Chasing Deer have made: they seem to have a very clear set of short term & longer period goals and this one for sure propels them onto the next stage of their career.

They are currently on their national "Bad Decisions" tour and the next few legs include (spot the legendary venues from music history among them):

The Bull on Bell Street, Henley On Thames on March 13th

The Garage, Glasgow on April 30th

The Jacaranda, Liverpool on May 2nd

Hope and Anchor, London on May 7th

Check out more dates at: https://www.chasingdeer-official.com

As a Christmas treat for us, Chasing Deer have decided to re-release their 2015 festive single, "Together At Christmas".
[1 image] END_OF_DOCUMENT_TOKEN_TO_BE_REPLACED

I have not had a chance to review a Chasing Deer release for you since "Scared" came out in December, so I'm pleased to do so now in reaction to ...
[1 image] END_OF_DOCUMENT_TOKEN_TO_BE_REPLACED

Unsurprisingly, I've not had the chance to review a new Chasing Deer release since their "Bad Decisions" way back in February.
[1 image] END_OF_DOCUMENT_TOKEN_TO_BE_REPLACED

I do hope that you'll remember about two years ago Paul Englefield interviewed one of the most exciting local bands from our area Chasing Deer ...
[1 image] END_OF_DOCUMENT_TOKEN_TO_BE_REPLACED

Us lucky, lucky people at Hot Music Live got to check out the new Moving On EP from Chasing Deer.
[1 image] END_OF_DOCUMENT_TOKEN_TO_BE_REPLACED