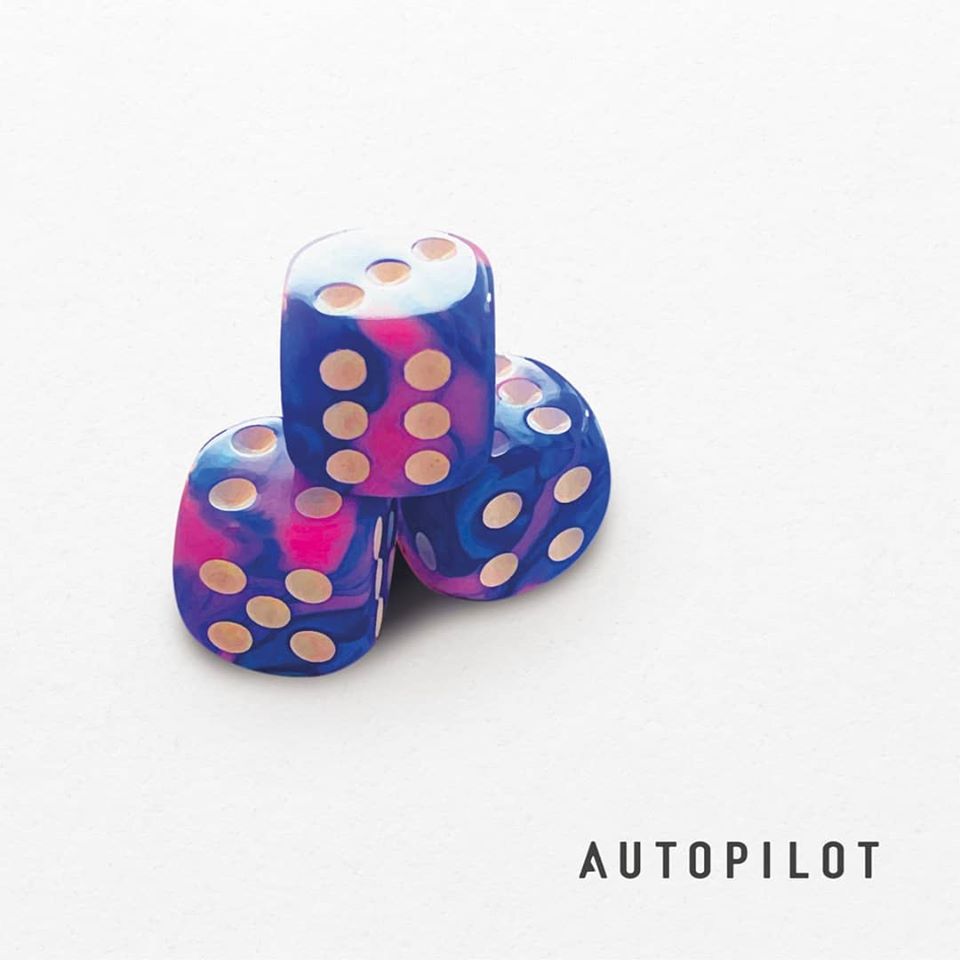 Having reviewed them live previously, I am pleased to now tell you of the brand new single from Autopilot: "Brain Cell".

I hope that you have heard previous singles such as "Can You Feel The Love" (which has appeared on ‘Hot Music Live Presents Volume Two' https://hotmusiclivepresents.bandcamp.com/album/hot-music-live-presents-volume-two), "Glass of Gold" or "Invincible"?

It can't have been easy for the band (who comprise, as you probably don't require telling, Jack Schofield on lead vocals and guitar, Andy Hopkins on bass guitar and Chris Lewis on drums): given the presence of a former member of a very well known & successful group, Autopilot must have been wary of being crushed at birth by weight of expectations & undermined by comparisons.

They seem to have escaped both quite successfully as far as I can see, and there seems also to have been careful thinking on how to do this. They have been building their career & reputation in an admirably low key way, gigging & crafting their own sound, often in quite small venues & at the same time creating a strong setlist of original material, making sure that the songs they have felt best represented them were released first. The result is a reputation now forged as a live band of genuine class & of a group capable of writing the most sound of tracks. A lot of hard work doubtlessly, but that has paid off. Now the wider world awaits.

Excellent as earlier singles were, "Brain Cell" does top them I feel for maturity in several respects, not just the subject matter. The song opens in a very pop mode with a catchy keyboard riff (which reoccurs periodically) and is generally from that end of the spectrum of their work. It's possibly Jack's best vocal to date especially in terms of expression & articulating the meaning:  the frequent easing back to the point of drop out of instruments helps to foreground the particularly strong lyrics which seem to address issues of communication, obsession, guilt over bad behaviour & regret , with the singer looking for a way forwards (and possibly back) a song as I said  of maturing  with trademark Autopilot surges of sound and arrangement, occasional switches to processed vocals, & a great guitar sound, although the solo was a little buried (it's a shame this wasn't given the same space the singing was).

Aside from reinforcing traits which reoccur in their work to date (the synth hooks, massed vocals etc) which certainly establish who the band are & who they are not, the song also really showcases their grasp of dynamics, with very restrained sections giving way to furious deluges of bass & drums to add variation & effect to what they are telling us & which obviously will work really well live. They really have thought this all out very well & have the nous to put it into excellent practice.