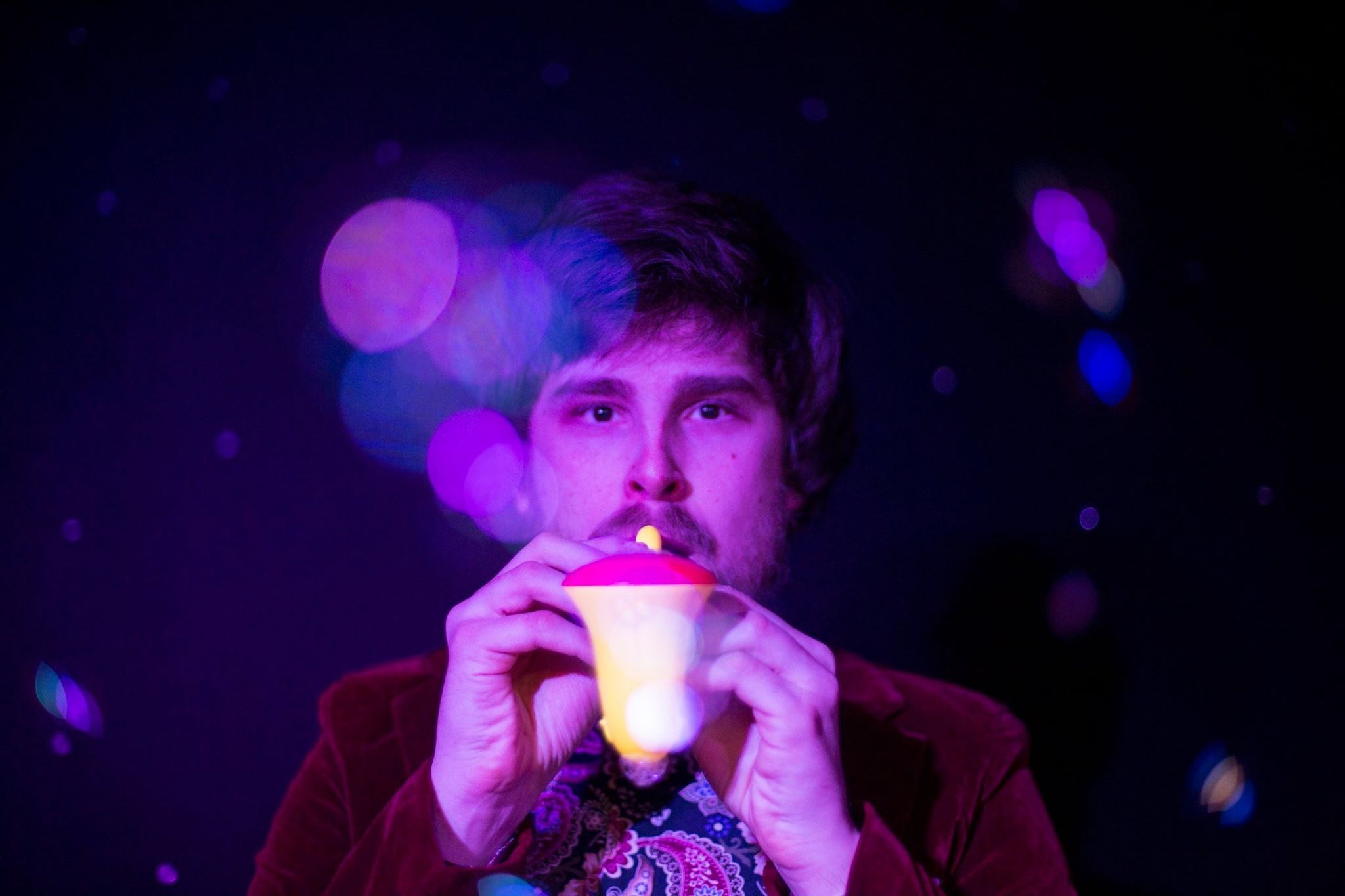 We cover so many multi-talented artists in "Hot Music Live": not just musicians but the photographers, visual artists & producers whom they work with. Many of these artists possess fascinating hinterlands too as they possess & ply other skills in often completely different areas. Few however are quite the Renaissance figure that the subject of this feature is.

I do hope that the name Ian Todd is already known to you. If it rings a fainter bell, it may be that you read the credit notes for "Hot Music Live Presents Volume Two" and noticed him as a member of Shanghai Hostage & producer of their music & that of Sophie Hadlum. You may too have spotted his song "Bohemian Hymns"on the HillzFM chart. If so, I hope you voted for him & all the other HMLP artists.

In fact Ian is a most prolific musician with two albums ‘Groaning Up' and ‘Bohemian Hymns' previously released and a third one underway. He is a writer, a performer  (on guitar, keyboards, bass, mandolin and he sings too) a producer , a teacher  and also a film maker (check out the video he & Sophie made for her recent single "Winter Came Around Too Fast " or the video for his January 2020 single "The Music Box"  on his website https://www.mriantodd.com)

What perhaps is most impressive in terms of prolific output is the fact that he has just finished releasing a single every week for the past seven  months. In a period when I'm noting the bounteous output of several local artists, this still must set the record.

Listening to all this music, the first thing that strikes me is that it is no surprise that he works so well as part of the multi-genre/no genre Shanghai Hostage. As I suggested in my recent review of their new single "The King" "Like all the artists I love, Shanghai Hostage just go with their hearts & where their muse leads them: they don't seem interested in emulating anyone else & wherever & to whatever they may be hostages, it certainly isn't to the straitjacket of genre labelling. This is just pure, truthful music...". This holds true for Ian as a solo artist just as validly.

Ian too seems to set himself no false constraints nor be bound by the shackles of genre expectations: he goes where his particular inclination takes him from the classical stylings of last month's (instrumental) single (wherein one can see much connectivity with Sophie's solo work) to the massed vocals of the title track of ‘Bohemian Hymns" , the affecting  paean to "New Street Station" of 2019 whether led by his guitar, piano,  samples or even  snare drum shuffles, stripped back or full band arrangements. Personal other favourites include "Red Carousel" "Citizens of Nowhere" or "Parasites" but honestly they all appeal: I just baulked at listing every track he's recorded. Check them out for yourselves: you'll enjoy the process. The term "eclectic" fits him like a glove & few tracks sound anything like each other: which I admire & respect but it might not chime as easily with those parts of the music media who feel more comfortable finding little boxes to force independently minded artists into.

He even has a seasonal single in "Christmas Drum ‘N' Bass" wherein great musicianship meets humour & I think that that this element is a key one for describing what Ian is about: it crops up repeatedly throughout his work both in lyrics & music (and in video: that for "The King" by Shanghai Hostage is a prime example) and reinforces the sense of his writing from the heart.

Other key collaborators apart from Sophie, Beth, Richard et al include Kirk Hastings on saxophone and some harmonies, Emilia Moniszko for her art work and some of his drums are looped courtesy of thelooploft.com. Emilia and Kirk are a part of a company called "Blunt and Brave" who help people , especially creative ones, get their talent  in front of people who ought  to see it.

Ian's philosophy is summed up thus:  "I make music in a unique way for unique people. None of us are perfect, we all have flaws; this is the one thing we all have in common. When you feel like no one relates to you, that's ok, know you're not alone and this music and community proves that". It's really hard not to fully embrace this & certainly applaud it & I believe it is really congruent with what "Hot Music Live" stands for and also I'd think chimes with so many of the artists who appear in the magazine or on volumes of "Hot Music Live Presents"

You can explore Ian's diverse & splendid work via several platforms:

Sadly, my live reviews for 2020 & 2021 have been disproportionately outnumbered by my reviews of releases (and let's not forget the last word of ...
[3 images] END_OF_DOCUMENT_TOKEN_TO_BE_REPLACED

As prophesised in our recent reviews of his singles "Don't Forget To Breathe" (in June) and "What Goes In Is What Goes Out" (last month), the ...
[1 image] END_OF_DOCUMENT_TOKEN_TO_BE_REPLACED

The time is rapidly approaching (16th of July to be precise) when "What Goes in is What Goes Out", the sophomore single from his ‘Seven Signs of a ...
[2 images] END_OF_DOCUMENT_TOKEN_TO_BE_REPLACED

Having reviewed "Hour Glass" (an hour long ambient piece ) by Ian Todd last summer, I am now pleased to say that I can return to his work again, this ...
[2 images] END_OF_DOCUMENT_TOKEN_TO_BE_REPLACED

Keen readers of this magazine will recollect the February feature  of Ian Todd & even keener ones will have spotted his name amongst the details of ...
[1 image] END_OF_DOCUMENT_TOKEN_TO_BE_REPLACED