"Getting Place" by The Silver Wye 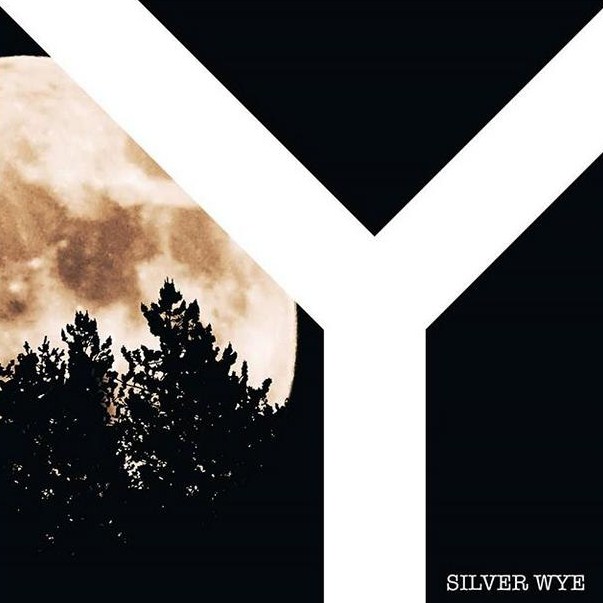 The Silver Wye, like any great river, rolls majestically on, picking up speed in the release of its songs.

Today, they release their third single, entitled "Getting Place" to celebrate the rising of this month's Full Moon.

What an interesting & thoughtful project this is to be sure: there are so many layers to the creative onion: and that's not even taking into account the actual songs.

The first of these I loosely describe to myself as one of transcendence, bordering on the spiritual.

This manifests itself in several ways. It starts with the release of records on days which can either be associated with celestial phenomena, such as today's lunar one or the winter solstice on which "You Are Light" appeared,  or with ancient calendars & cultural celebrations: quite probably both. Next, the artwork, whether the photos or videos, which reinforce this aspect, and lastly of course the themes & feels of the tracks.

The second theme, certainly most pronounced with this single, is a crossover with the focus of another band of The Silver Wye originator Wes Finch, namely The Mechanicals. This latter group set poetic texts from Shakespeare to Larkin and many others, to music & continue to collaborate in a range of literary projects. "Getting Place" in fact contains another complex & dense mesh of allusions: the title coming from Cormac McCarthy's "No Country for Old Men" but the lyrics owing much to the work of Shirley Jackson & of Stephen King. This gives the transcendence aspect a much darker twist with the more chilling & sombre side of the supernatural coming to the fore (I wonder if Wes conceived this song as a counterpoint to "You Are Light"?) and of course the full moon has a great beauty but it also has lycanthropic properties. Even Lucifer's original name conveys the idea of light & here the Devil stalks the woods & makes Faustian pacts at the titular location.

Which brings us via a strange path to the song itself, wrought again by Wes at Crooked Room studio in Yorkshire with producer Isaac McInnes and bassist Bradley Blackwell. I hope no Faustian pacts were involved in its making.

No surprises at all in the quality of the writing, performance nor production: just as one would expect. However the track takes another giant step along the path Wes is leading his fans on this project, away from our expectations of the music he does & hence our complacencies within it. The Silver Wye was conceived in order to explore musical styles away from the folk & he has been gentle with us, each release taking us further on that journey. This song certainly has Wes features: his distinctive delivery & inability to escape writing beautiful tunes whatever the context. However the form, though shimmering, is highly rhythmic & this is greatly reinforced with constant repetition of lines & phrases, mantra-like, creating a groove centred track.

This  is far from your standard dance song though: the imagery is to say the least compelling & frequently startling to the point of disturbing. If Wes wishes to shake us up musically, he matches that with the lyrics, twisted pictures being painted over a disarming melody for extra effect. To return to the "No Country for Old Men" theme, the track is almost Coen Brothers in (musical) style for this approach. Who else would write of a "Lyle Lovett smile"? (And let's not forget that in addition to his often sinister smile, Lyle is both another musician & an actor in the sort of films Wes is evoking: layers & layers of meaning just pile up here). A sinister willow, possibly that from Tolkien, also plays a significant & signifying part...

As the track progresses, it twists further: more unsettling chords & small dissonances are added & the vocal delivery gets more terse & anguished. By the end it is a howl of pain & warning: the cheroot smoking  blue suited figure is a real danger that may have been recognised too late. Watch out for him in the wild wood by the light of the full moon my friends..... Whatever deal you make with him, believe me it's not worth it.

This is a stunningly effective song on so many levels & it certainly has the potential to be seen as a significant landmark in Wes' musical career. I'd also really like to hear it used on a movie soundtrack where surely its natural home must be.  Quite possibly with Lyle Lovett playing Mephistopheles.  And as I said last time out, look out for Silver Wye live dates in 2020.....

Out right now is a new single by The Silver Wye entitled "Hitman": their first new release since "Cold Light" came out in June 2020, followed by a ...
[1 image] END_OF_DOCUMENT_TOKEN_TO_BE_REPLACED

Normally the autumnal equinox is precisely the time we'd look for a new release from The Silver Wye.
[1 image] END_OF_DOCUMENT_TOKEN_TO_BE_REPLACED

Last night was another Full Moon (and a strawberry one at that, with an added penumbral lunar eclipse) and that these days means a new single from ...
[1 image] END_OF_DOCUMENT_TOKEN_TO_BE_REPLACED

As with their last single, the brooding & allegorical "The Getting Place", The Silver Wye are releasing their latest track "Just My Luck" to mark a ...
[1 image] END_OF_DOCUMENT_TOKEN_TO_BE_REPLACED

I'm sorry but I'm afraid I'm going to have to instil a touch of déjà vu in you.
[1 image] END_OF_DOCUMENT_TOKEN_TO_BE_REPLACED

Last November, in "Hot Music Live", I reviewed a song called "Pick Me Up" by an entity calling itself The Silver Wye.
[1 image] END_OF_DOCUMENT_TOKEN_TO_BE_REPLACED