"Learn To Grow" by Izzie Derry 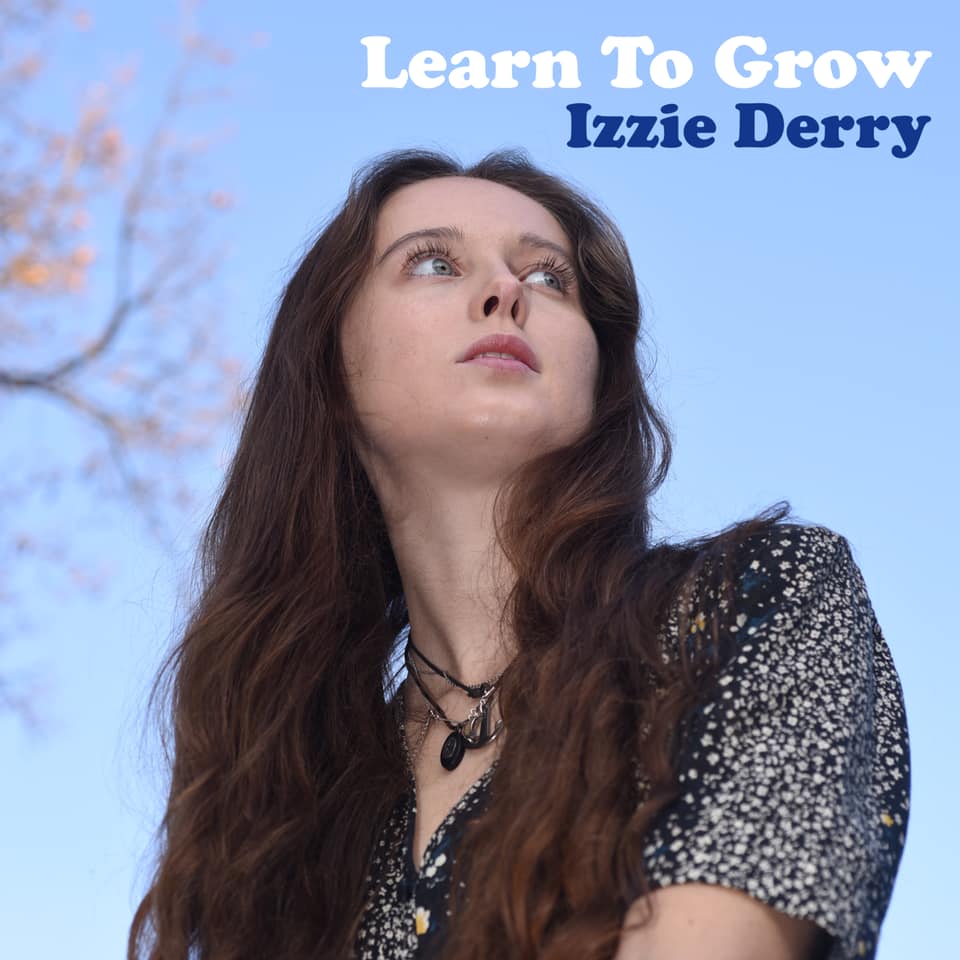 It's odd: the more reviews you write, the more patterns emerge. Sometimes they are pretty obvious ones like when you spot how certain artists are on a hot streak & releasing material prolifically. Other ones like the fact that artists are greatly favouring EPs over albums probably illustrate music business wide trends.

One which certainly isn't as widespread & so probably more reflects the values of  & pride in their own compositions of particular artists is of (re)releasing tracks which have already come out, either in new arrangements/mixes (for example Antonia Kirby's recent "Fool"/"Fool (Funk)") or completely new recordings.

One such example of the latter was Izzie Derry's "Let This One Be Mine" reworked in September 2019 after having appeared on her debut album. I applauded her dedication to this song at the time, but assumed that it was a one off reflecting a very specific desire to maximise the effect of the song as she originally conceived it & after reflecting on the first recording over a long period of time. After all Izzie is most definitely on a roll with new compositions which are clearly developing her writing each time.

However, to confound me (and maybe all good artists should confound even their followers who kid themselves that they "get" them?), she is following up her last release, "In A Year" (released on December 12th 2019 & reviewed in "Hot Music Live" the same day) with a new mix of her "Learn To Grow" single of April 2019 and which also appeared on her ‘Lost At Sea' EP in the same month.

Bearing in mind that I have said very publicly that this was, to my mind one of her strongest songs to date & certainly a really strong candidate for my personal Izziesong, why do this? Clearly there was absolutely nothing wrong with the original release.

The answer in fact seems ironically to lie less in any weakness but conversely the very excellence of the track. Grammy award winning producer Roger Lomas has joined the swelling mass of Izzie Derry fans and a desire to work with her band (and I have strong reasons to believe that they have been recording brand new tracks together for release in 2020) led him to also focus on "Learn To Grow" and suggest to Izzie some great ideas he had for a remix. So here you have it. Same track, same recording (by Jake Morris) and same musicians (Izzie Derry on vocals & guitar,  Herbie Walker playing keyboards and providing backing vocals, Tom Hammerton on electric lead guitar, Jack Smith  on bass, Noah Haines  plays drums  & Ellie Timlin and Eva Trim  are also on backing vocals) yet now with the Lomas stardust sprinkled on it.

And why not? After all I have often remarked how strong Izzie's writing skills are given that her songs can be equally effectively played in a variety of formats & arrangements: they are very robust as well as flexible. I have seen & heard this one alone presented with just an acoustic guitar, with a "half band" of acoustic guitar, bass, keyboards & backing vocals and with a full band adding drums & electric lead guitar.

So what does the new mix sound like? To be frank, I am always sceptical of remixes. Some serve the useful purpose of correcting inadequacies in the original version which begs the obvious question of why the first try was released. Others I find tend to elevate the artistic vision of the remixer over the artist & their vision of the song. For me, the ideal remix is one which not only retains what the artist intended for the song & the original skill of performance but offers both the composer & their audience an interesting & valid new perspective on the material. Some songs simply aren't strong enough to support such varieties of interpretations & others are just nailed so well first time that the possibility of revisiting them is rendered a bit futile.

Fortunately this instance is an ideal example of taking something which was inherently really strong and looking at it in a new way which serves to demonstrate just how good it is. Roger's instinct for the possibility was as spot on as you'd imagine & nothing in the new mix detracts from "Learn to Grow" nor the original performances: quite the reverse.

To my ears, the changes tend towards create new tensions & dynamics throughout the piece which in turn place new emphasis upon the excellent lyrics which of course are one of the glories of this great song. In some places, instrumentation seems more muted which places Izzie's voice in a more prominent place (leaving elements such as snare drum or muted guitar strumming as the main accompaniment), notably in the reflective parts of the song, only to surge back to full arrangements in the bits when she is singing triumphantly about having learned to grow or intending to grow yet further: creating a really effective contrast between the two aspects of her thought. Other changes seem to point towards Roger's great experience & subtlety as individual instruments suddenly come to the fore for a short period: particularly little bass licks & the keyboard parts and one very catchy & eerie sound which I can't even identify: possibly generated by keyboard or even electric guitar.

It's the final section however, the culmination of the song where the most powerful changes are located: a staggering finale when massed vocals build to a climax, parts overlapping with each other in a manner which if anything reminds me of the sort of thing Kirsty MacColl used to do in emulation of the Beach Boys: multiple layered harmonies with herself. What an effect.

As I said just now, despite my considerable respect for all concerned, I came to this as with any remix in a state of caution & am delighted to say that it is a very worthy exercise which definitely takes this fine song somewhere really worth going. I urge you to buy both versions. They are worth it.

Russell Whitehead who made the excellent video for the single when it first came out has kindly made a new one (in collaboration with Laurence Moore) which can be seen here;

His  video of the original single is still available at https://www.youtube.com/watch?v=YwYqLoItFLA&fbclid=IwAR1VTiP2m0-Z2ditQZgJTIkSKJUw5wI7Y8tEN9QXnWBVyWvF3-mJU1wGczQ

Last evening at Earlsdon Carnegie Community Library saw the "Hush! A Summer Celebration" event, another in the series of collaborations between the ...
[8 images] END_OF_DOCUMENT_TOKEN_TO_BE_REPLACED

I do like being taken be surprised by music (to be honest I'm not sure I enjoy reviewing music which fails in some way to do so) and I hope I am ...
[1 image] END_OF_DOCUMENT_TOKEN_TO_BE_REPLACED

If you are anything like me, among the myriad challenges to our communities currently being presented, the probable curtailment of live music for ...
[4 images] END_OF_DOCUMENT_TOKEN_TO_BE_REPLACED

One conundrum I face with reviewing the calibre of artist I tend to focus on (it's an enjoyable challenge really) is how to handle it when ...
[1 image] END_OF_DOCUMENT_TOKEN_TO_BE_REPLACED

December 12th is a date many people have possibly been looking forwards to or dreading for various reasons.
[1 image] END_OF_DOCUMENT_TOKEN_TO_BE_REPLACED

I find myself here writing a review which I had never anticipated.
[1 image] END_OF_DOCUMENT_TOKEN_TO_BE_REPLACED