A trio by Dill


A trio by Dill 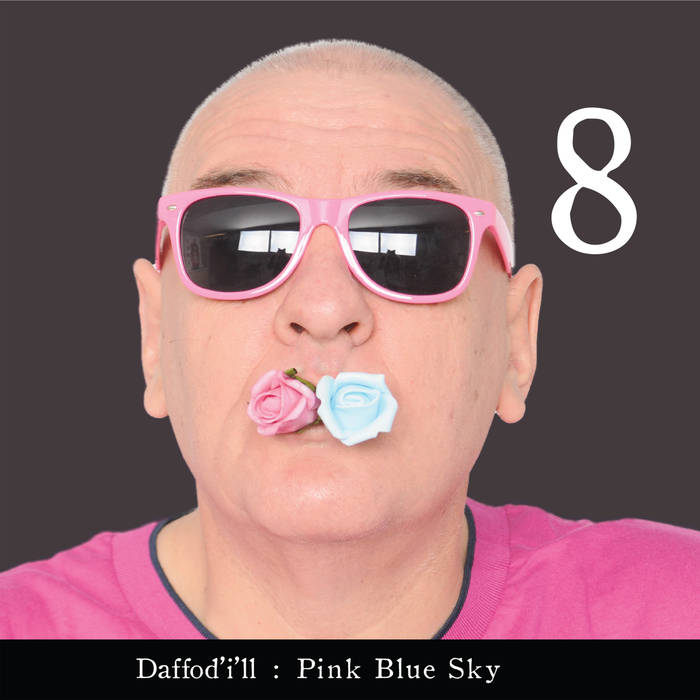 Something which as a reviewer I am keenly aware of is that so many artists are releasing their material in the form of EPs currently.

The format for a long time seemed pretty obsolete but the various dynamics of the music business have come together & revived it. No doubt it works better for unsigned artists having to fund their own recordings & I think it works really well as a way of getting audience impact of all the songs on a release.

As a reviewer I too embrace it as it means I can get my own thoughts together more easily than perhaps I could on a ten or more song album & dedicate more to each track in a review without creating  one so long as to fail to engage readers.

That said, I find myself heading  in quite the opposite position in this review as I try not only to review an album but three at once.

The reason is that after a long long absence from the music scene, local legend Dill of Gods Toys and I fame has returned and been releasing a long pent up flood of original material, some from his years away & some inspired by his new burst of creativity. I have reviewed several of these for "Hot Music Live": ‘Artificial Intelliâ€‹-â€‹gent' and ‘Iâ€‹-â€‹Magiâ€‹-â€‹Nation' in 2017 and from 2018 ‘Love and Peace!' and ‘Goâ€‹-â€‹Spell Truth - Heaven!'. Regrettably his three 2019 albums escaped my attention until now, so hopefully I can do the most recent, ‘Pink Blue Sky', ‘Purrrâ€‹-â€‹fection!' and ‘I Wondered Lonesome as a Crowd' the justice they deserve. My apologies straight away to both Dill & to you in case I fail to get the balance between adequate overview & accessible succinctness right.In fact there are some slight advantages, mainly in that I now have seven or so collections plus a compilation of the "missing years" called ‘13' and of course Dill's well known earlier work of the 1970s & 80s to consider, helping my spotting themes, trends & progressions.One really obvious theme of course is his abiding interest in exploring his spirituality, evident in both his famous bands & perhaps even more explicitly in his solo work. His album titles tend to be formed from three aspects of his character: his beliefs, so important to him, his sense of humour & his delight in puns & word play. One look at an album & the title & his idiosyncratic approach to cover art means that he possesses an instantly identifiable brand image.Song titles like "Sermon on the Mount", "The Kingdom of Heaven", "God Bless All The Little Children", "Galileo Galilei Galilee" or the Christmas song "Holy! Holy! Christmass Every Day!" are explicit statements of where Dill stands, others such as "Glory" or "Love Is All" etc being a little more implicit.The second major theme, and one Dill is as equally keen to articulate are his own mental health issues and so we have songs like "Round the Bend".These then remain the core messages but by far from the sole ones: as noted humour is Dill's go-to approach for surviving life & writing songs and this applies both to his religious or mental health songs and all the others, many of which are tumbling poems of word games & jokes or bizarre vocal treatments and striking sound interventions. Listening to a single Dill album is never a dull moment & three in a row is like listening to a latter day Bonzo Dog box set at times...Dill naturally was more of a lyricist in his bands, working as he did with musicians of the calibre of Rex Brough, Dave Pepper, Chris Dickie, Nick Kavaz & Larry Lupin, so all his musical skills, both writing & playing have had to be acquired via the autodidactic route in recent years, which makes the accomplishments over so many albums all the more astonishing & worthy of our respect.

So which songs caught my ears?  ( I really don't think you want to read detailed descriptions of all 35 songs across the three records: to hear them all please go to https://iconoclastrecordsuk.bandcamp.com/)

I'll begin with "Galileo Galilei Galilee" (off ‘Pink Blue Sky') which sounds like nothing I've heard from him before: gentle, much more acoustic than the electro & synth sounds on earlier albums, it has a Pacific islands vibe & his characteristic piling up of vocal tracks sounds like they are all on the beach, warm breezes in their hair, having a party or celebrating a spiritual gathering.  Clear evidence of how far Dill has come on his musical journey.

Amid all the themes & tendencies in Dill's music mentioned above, one should not lightly leave out that of the wholly unexpected, bordering on the bizarre (and surely it is an artist's right, if not duty, to unsettle us through this means) such as the ‘I Wondered...' opener "The Daffodill Song", comprising the Wordsworth poem (itself giving rise to the album title), recited in a variety of curious voices over a backing track of birdsong. Is this some form of "title track": after all, all Dill's solo albums are being released under the name of "Daffod'i'll", referencing both his Welsh roots & previous band.  At any rate, the common use of multiple voices in this way reflects the ones he hears in his head regularly as part of his life.

The same album's "Eye n Eyes" is (I assume) another reference to the I band, harking back to the lyrics of their eponymous single & being one of the regular Dillsongs where he tends to reggae (always one of the delights I think in his work & one I have referred to in previous reviews), on this occasion managing to combine a deep dub sound with a lighter ska tempo to excellent effect.

The Christmas song starts off remarkably like the Squeeze song "Take Me I'm Yours" but then sonically departs into a denser mixture yet a disco beat: another example of Dill's ability to mash up apparently disparate styles. Not perhaps a song to displace Slade or Wizzard in the nation's hearts around that time of year (it's a bit too avant garde for that) but it appears to be making the valid point that faith should be a focus 365 days a year rather than just one.

‘Purrr-fection' offers us "The Cowboy Song" which is another of the more accessible ones (it is preceded by "Blue Eyes" which is so impressionistic in style that I can't begin to aspire to capture what it means: layer after layer of vocals & instrumentation creating an impressive if baffling overall sound). Presumably so named after the western type tempo and more open acoustic feel rather than the lyrics (which don't seem much connected to cowboys as such at all), it lollops along attractively singing of what sounds like a spiritual journey: possibly the "cowboy" being a metaphor for someone crossing a arid expanse by themselves.

"Love Is.." crops up on the same album and is matched by "Love Is All (Reprise)" on ‘Pink Blue Sky', presumably they form a pair and it may be an advantage to listen to them in that way... being as they are twin meditations on the quality in question.

If anyone actually played all his recorded songs back to back (once quite a short exercise but thankfully a much more substantial one these days), I suspect that a new listener would probably assume that Dill's primary interest was dance music: which I suppose a majority of all his songs now are: probably commencing with "I Mark II" whose work to be fair wasn't released until recently & certainly there are plenty across these three records for you to enjoy & tap your foot to... from the retro feel of "I Feel It" on ‘I Wondered..'  (it references the sound of Herbie Hancock's "Rockit") or "Standing Out a Mile" (‘Pink Blue Sky') to the more contemporary sound of "Hollywood Smile" (‘I Wondered...')

In my attempts to process so many tracks by categorising them, naturally there are a few which stand outside: for example the much more serious (in lyrics at least) "Armageddon" on ‘Pink Blue Sky' which resonates particularly at the time I'm writing this.Unlike me you probably won't want to play three albums back to back in this way, but there are many tracks between them which may engage your interest & I am so pleased that a musician whom I've admired for so long is back making music for audiences again (hopefully he'll play live in 2020) and it is fascinating to chart him as he explores his areas of interest & develops his musicality.

Today sees chapter 34 in Daffod'i'll's solo album series with the release of ‘SAY AHHH!' with its tracks being "Conquer All", ...
[1 image] END_OF_DOCUMENT_TOKEN_TO_BE_REPLACED

Eight days after my last Daffod'i'll review, here he is back with another album (just the one this time, although he apparently has another ...
[1 image] END_OF_DOCUMENT_TOKEN_TO_BE_REPLACED

In the four days since I reported on the release of the  last four Daffod'i'll albums, he's back with yet another four today.
[4 images] END_OF_DOCUMENT_TOKEN_TO_BE_REPLACED

After releasing three more albums about as many weeks ago, Daffod'i'll  is back with three more plus another compilation ('The Best ...
[4 images] END_OF_DOCUMENT_TOKEN_TO_BE_REPLACED

After last week's release of no fewer than four new albums, this week Daffod'i'll is back with just one album: his twenty third, ...
[1 image] END_OF_DOCUMENT_TOKEN_TO_BE_REPLACED