"The Middle" by Joe Dolman 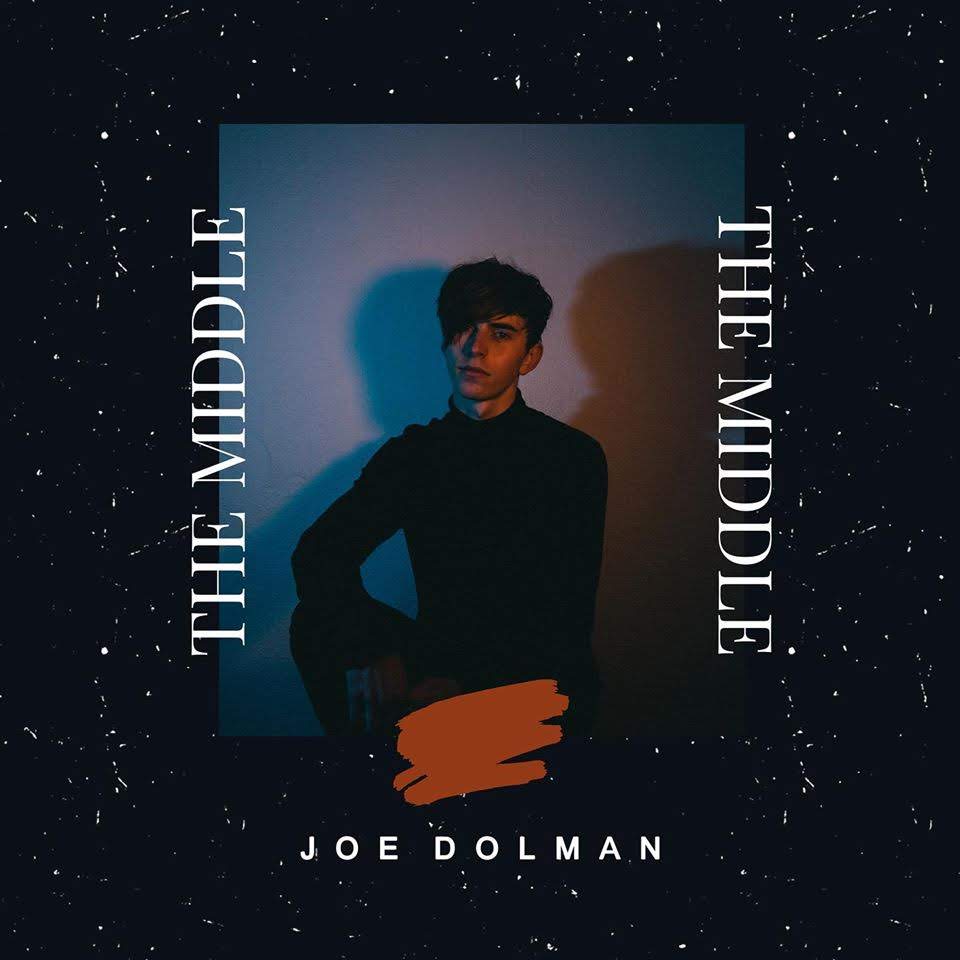 I think that we can all by now agree that Joe Dolman is one of the most talented & popular artists from Coventry & Warwickshire & to that add "one of the most successful" currently: which is delightful for both him & the boost I'm sure it gives the whole local scene.

There is however no automatic reason why those attributes should equate with "prolific": many of our best artists spend quite a while honing material for release & obviously most of them have other calls upon their time.

However Joe seems to be on an ever accelerating roll with new material these days: perhaps the inspiration of success & the great feedback is driving this, maybe his head is simply full of new ideas from the life he is living & the great musicians he works with.

It was only November when I was reviewing "Better By Now" which came out a mere month after "If You Were Mine" plus "Drag You Down" was only last April too. To be honest, I feel a bit inadequate reviewing his work at all given the other publications which are doing so & of course the fact that he is firmly on the national media radar now.

He is a bit of an alchemist too: not only is he creating these gems but also turning adversity into triumph as evidenced by his Christmas Special gig at Leamington's All Saints Church last month, a magical event conjured out of the problem with his planned Assembly concert…

And so to today's release of "The Middle" (on the frtyfve label, produced by Matt Rist (who also had a hand in the writing I believe) & mixed by Matt Cotterill).

You may be already be aware of the song: for example it features as part of Joe's set from his recent performance for ‘BBC Introducing' at their famous Maida Vale studio which you can see at https://www.facebook.com/JoeDolmanMusic/videos/498661860770191/

This one is a subtle and sophisticated one (so subtle in fact that I failed to spot its being released on the midpoint of the week: thanks to Émilie Cotterill  for that), which falls into none of the usual categories of tempo as it sort of marries the more brisk & upbeat end of Joe's musical spectrum with his characteristic lyrical tone which tends towards the reflective if not introspective, yet he & his band make it work: one of those pieces where the juxtaposition actually enhances the overall effect by providing a contrast.

Listening to a lot of Joe's songs together, you may delight in his burgeoning success & developing craft, yet feel for him as a person:  not only does he seem pretty knocked about by the fortunes of romance & relationships but he takes it all very much to heart, forensically picking each one apart in hindsight & usually taking the responsibility. Assuming this is to some extent autobiographical, which would imbue the songs (especially "The Middle") with the truth which clearly comes across in his work, you admire his sensitivity but hope 2020 will bring him joy & fulfilment in that side of his life. Alternatively of course he may just be telling a series of third party stories sung in a first person voice, in which case he is jolly good at doing this…..No wonder this song has already been tipped for yet more national airplay.

The big event coming up for Joe is at the O2 Academy 2 in Islington on Thursday February 27th: hopefully many of his Coventry & Warwickshire fans can join him & his band on that occasion.

I honestly can't say that I was too surprised by the release today of an acoustic companion  EP to Joe Dolman's most recent ...
[1 image] END_OF_DOCUMENT_TOKEN_TO_BE_REPLACED

It's that moment for Joe Dolman which fortunately comes to some creative artists on a roll when you've last released a single as good as ...
[2 images] END_OF_DOCUMENT_TOKEN_TO_BE_REPLACED

Out today from Joe Dolman is his latest single which rejoices in the title of "Strangers", the follow up to the successful "Real World" which itself ...
[1 image] END_OF_DOCUMENT_TOKEN_TO_BE_REPLACED

It's been above a year since I last got to review a Joe Dolman release (his collaboration with Millie Tilby "Let's Go Home") so it's ...
[1 image] END_OF_DOCUMENT_TOKEN_TO_BE_REPLACED

This is rather an unusual release to be reporting on.
[1 image] END_OF_DOCUMENT_TOKEN_TO_BE_REPLACED

I have recently accused Joe Dolman of being prolific in his output and here he is again with a brand new release a month since I last reviewed him.
[1 image] END_OF_DOCUMENT_TOKEN_TO_BE_REPLACED