"It's That Time Of Year" by Abz Winter


"It's That Time Of Year" by Abz Winter 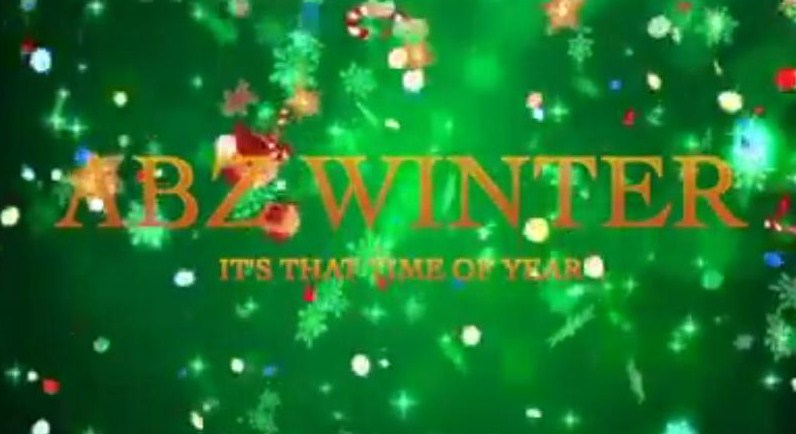 As 2019 winds down, it occurred to me that one of the names which has been cropping up very regularly during the year, namely Abz Winter, would never have featured in a review by me as recently as last year: I simply had not come across her this time in 2018 yet here we are now & she has been a name on so many people's lips as not only one to watch, but one to say "is already here".

She has worked live prolifically during the year & I have seen her live act go from strength to strength, starting with backing tapes but evolving to playing with (acoustic) guitarists, firstly Ian Bourne & latterly Will Ball: a bold choice given the dance orientation of her music & one where it has paid off handsomely.

Her energy & personality on stage wins fans with every gig (one leading, female, local musician referred to her to me on Friday night as "sassy" which sounds right) but even more importantly, Abz has already shown herself to be a strong & individual songwriter, (still aged only seventeen) firstly with the ‘Safe XX' EP & then mid-summer with the single "Incompatible Me", a song which made an instant impression when I first heard it: at a sound check. Who has previously ever written a song with such a word in the title? It can't be easy to sing.

Now at the end of such a great year, Abz is releasing (on Saturday, on all the usual platforms), another single, the seasonally themed "It's That Time of Year", produced by Valter Moreira  aka CVBE.

I have been privileged to hear the song prior to release & don't want to give away too much (please do buy it!) but it certainly is very catchy & will linger in your mind from the first play. You will not be surprised to hear that the mood is typically Abz: upbeat, cheerful & optimistic with shifts of tempo & layerings of instrumentation & vocals which reflect her producer's input no doubt & her own growing experience. I'm guessing though that as with all her previous releases, this song is strong enough to sound just as good played live with just her really strong voice & a guitar.

The "Christmas Single" has a long and varied tradition, with songs which vary in most people's tastes from the sublime to the ones which outstay their welcome..... in fact it can't be easy writing one in 2019 which sounds distinct from all that have gone before, so hats off to Abz for having the confidence to do so.  In fact her vivacity & charm help bring it off: let's face it, a lot of the worst Christmas singles fail precisely because the artist clearly is doing it by "phoning it in" because someone has suggested they do one. Not in this case: this is as whole hearted and good natured as her other work & is difficult to resist accordingly.

Out this morning, as a fanfare-free surprise for her fans, is a new EP from the irrepressible Abz Winter entitled ‘Just Wanna Be Me'.
[1 image] END_OF_DOCUMENT_TOKEN_TO_BE_REPLACED

As I'm sure most if not all of you are aware, Abz Winter was selected for the new television talent show "Walk The Line" at the end of 2021 and ...
[1 image] END_OF_DOCUMENT_TOKEN_TO_BE_REPLACED

That irrepressible artist Abz Winter is back on 8th October with her latest single "Under Me", her follow-up to "Money" from July.
[2 images] END_OF_DOCUMENT_TOKEN_TO_BE_REPLACED

As her follow up to the popular "B.
[1 image] END_OF_DOCUMENT_TOKEN_TO_BE_REPLACED

Abz Winter has only gone and done it again hasn't she? I love the way that although her game has never needed raising (it's been at the top ...
[2 images] END_OF_DOCUMENT_TOKEN_TO_BE_REPLACED

It's actually been a year since we shared the news about "Jump" by Abz Winter with you, a period of time between releases which would have ...
[1 image] END_OF_DOCUMENT_TOKEN_TO_BE_REPLACED