"In A Year" by Izzie Derry 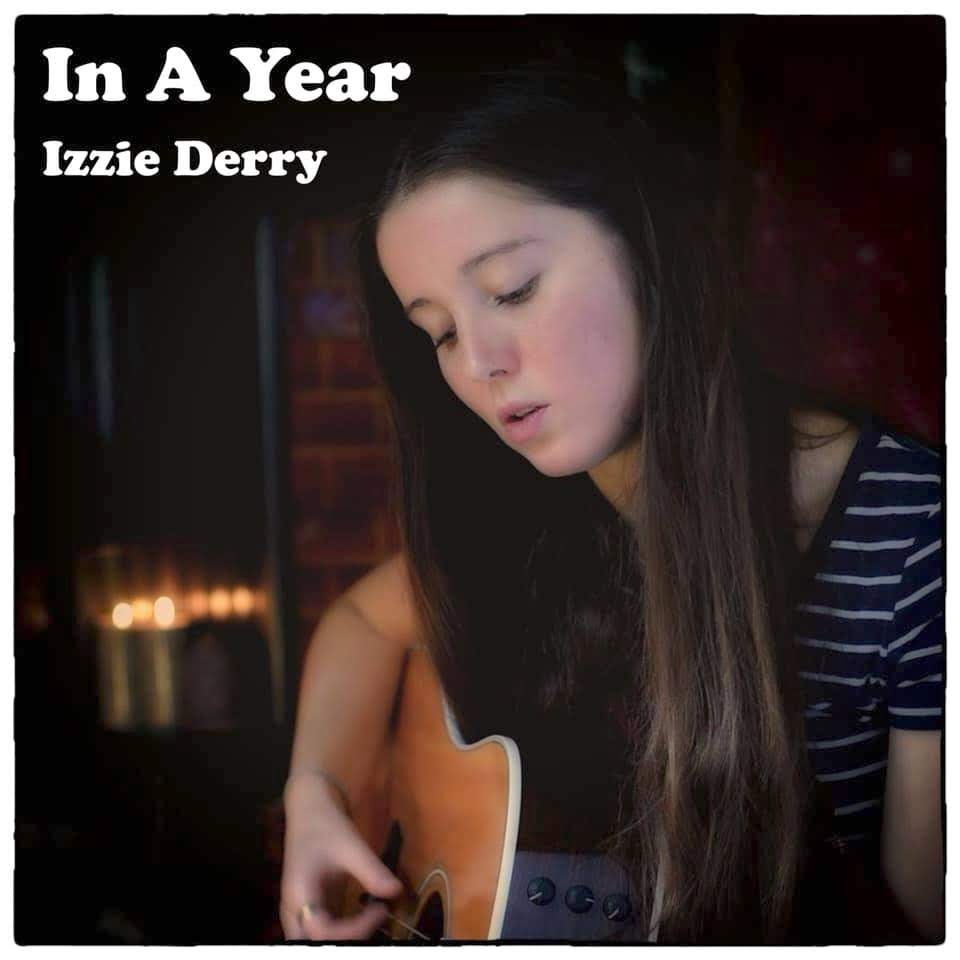 December 12th is a date many people have possibly been looking forwards to or dreading for various reasons. However setting those aside, I am sure everyone reading this will feel  extremely positive about the day also marking the release of the new Izzie Derry single, "In A Year", her first since her reworked version of "Let This One Be Mine" in September and prior to that, her acclaimed ‘Lost At Sea' EP in April.

The song features a lineup very familiar to those of you who have witnessed any of her full band performances over the last couple of years, namely Izzie Derry on guitar & vocals,  Herbie Walker (keyboards and backing vocals),   Tom Hammerton (guitar), Jake Morris (bass) and Noah Haines (drums and percussion) plus  Gabija KasiliauskaitÄ— on violin. It was recorded and mixed by Alex Gordon & mastered by Ally Jowett.

This particular song has been around for a year or so & I can see why she has chosen now to release a recorded version as it is built around a constantly ascending & descending guitar pattern with ringing notes which very much emulate bells one might associate with those found around the necks of animals pulling sleighs. As with Izzie's other releases since getting together with the collaborators above, the final release is arranged with consummate taste: each of the superb musicians brings her & his skills to the song, each clearly has a deep understanding of Izzie & her material & the result is a track which brings out & emphasises the core composition (which I originally was aware of as a solo guitar arrangement), adding texture & nuances without in any way detracting from its essence.

However the song in terms of lyrics is as much to do with the end of year reflections one tends to make a week after Christmas than the latter festival, and as such has much in common with the themes of ‘Lost At Sea' whose songs tend towards the ruminative. Mind you, the pace at which Izzie's life & career are developing these days, one wonders how much must have already changed & be worthy of further reflection in the period between writing it & releasing it. Nevertheless, the sentiments she expresses are sufficiently profound & philosophical as to embrace her life 2019-2020 as they do 2018-2019 & you can even have a peek into aspects of the former through a delightful diary type video featuring Izzie, her band & friends (look out for a cameo from "Hot Music Live Present Volume Two" star Hannah Woof). You can find this via the following link:

At a time of year when music lovers need to grit their teeth & endure the recurring aural barrage of "festive" songs which shuffle a limited pack of clichés which don't reflect the experiences of any of us, it is so uplifting that in one week I have reviewed two songs (the other being Sophie Hadlum's "Winter Came Around Too Fast") which approach the season from a perspective of emotional intelligence & truth, even better that both are local writers & still better that both has featured on our own "Hot Music Live Presents'..

Last evening at Earlsdon Carnegie Community Library saw the "Hush! A Summer Celebration" event, another in the series of collaborations between the ...
[8 images] END_OF_DOCUMENT_TOKEN_TO_BE_REPLACED

I do like being taken be surprised by music (to be honest I'm not sure I enjoy reviewing music which fails in some way to do so) and I hope I am ...
[1 image] END_OF_DOCUMENT_TOKEN_TO_BE_REPLACED

If you are anything like me, among the myriad challenges to our communities currently being presented, the probable curtailment of live music for ...
[4 images] END_OF_DOCUMENT_TOKEN_TO_BE_REPLACED

One conundrum I face with reviewing the calibre of artist I tend to focus on (it's an enjoyable challenge really) is how to handle it when ...
[1 image] END_OF_DOCUMENT_TOKEN_TO_BE_REPLACED

It's odd: the more reviews you write, the more patterns emerge.
[1 image] END_OF_DOCUMENT_TOKEN_TO_BE_REPLACED

I find myself here writing a review which I had never anticipated.
[1 image] END_OF_DOCUMENT_TOKEN_TO_BE_REPLACED