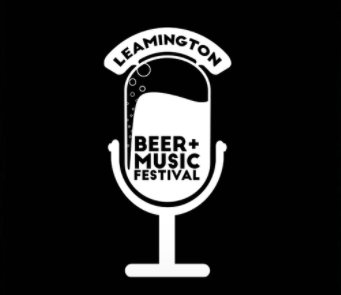 The Leamington Beer and Music Festival has become one of the landmark events in the local musical year. We caught up with organiser (not to mention brass wizard) Scott Ferry.HML: So Beer and Music - is that one of those perfect combos like fish and chips?Scott: I certainly think so, they naturally go hand in hand and I firmly believe that decent music is what is lacking from most beer festivals!HML: What treats have you got lined up for beer lovers?Scott: We've got some stunning beers this year, with 43 locally and nationally sourced options available. We even have 4x specials that have been brewed especially for us, so you won't be able to try them anywhere else!HML: And for visitors who'd prefer something short and sophisticated? Scott: As with last year we have a decent selection of locally sources wines, but brand new for this year is our Gin Bar, with gins from Cotswolds, Penderyn and Pickerings to choose from, making sure that we have something for everyone at our festival!HML: What sort of music do you have planned? Who will be playing?Scott: The music line-up has exploded this year, we have a total of EIGHTEEN different bands playing over the weekend, ranging from small acoustic groups, to larger jazz bands and even Leamington's only Oompah Band. The full line-up is available at www.leamingtonbeerfestival.org/music.There are also a number of free music workshops throughout the weekend, should you fancy trying something new…HML: What are you raising funds for this year? Scott: The festival primarily raises money for the building it is hosted in – The Band Factory. It is a community music centre with dreams of becoming a live music venue, but in need of a lot of work doing first. This year's top job is a re-vamp of the fire alarm, which sounds boring, but is so important if we're going to open up to the public more than once a year.HML: Have you had much support from local businesses?Scott: After the roaring success of our inaugural event last year, we've had a lot more support this time round from a huge variety of people, businesses and community groups.HML: And finally, can you tell us a bit about how the Band Factory is involved with the local music scene?Scott: The Band Factory is currently the home to 15+ local bands, plus numerous dance groups and artists and we primarily provide rehearsal space for these bands. Given that at this time last year we had only five bands regularly using the building, we've taken huge steps forward off the back of our last festival. Ambitions are high, and we hope to keep building on this, further extending our reach into the community and becoming synonymous with Leamington's bustling music scene.Leamington Beer Festival
Web

A few of my images from the music stages at this years Leamington Beer + Music Festival, another success both in the music and a wonderful collection ...
[10 images] END_OF_DOCUMENT_TOKEN_TO_BE_REPLACED

The Lounge Club at the Leamington Beer and Music festival 2018

For a sophisticated latin-tinged jazz combo, the Lounge Club clearly knew when to turn on a rock and roll attitude to complement the 75+ beers and ...
[5 images] END_OF_DOCUMENT_TOKEN_TO_BE_REPLACED