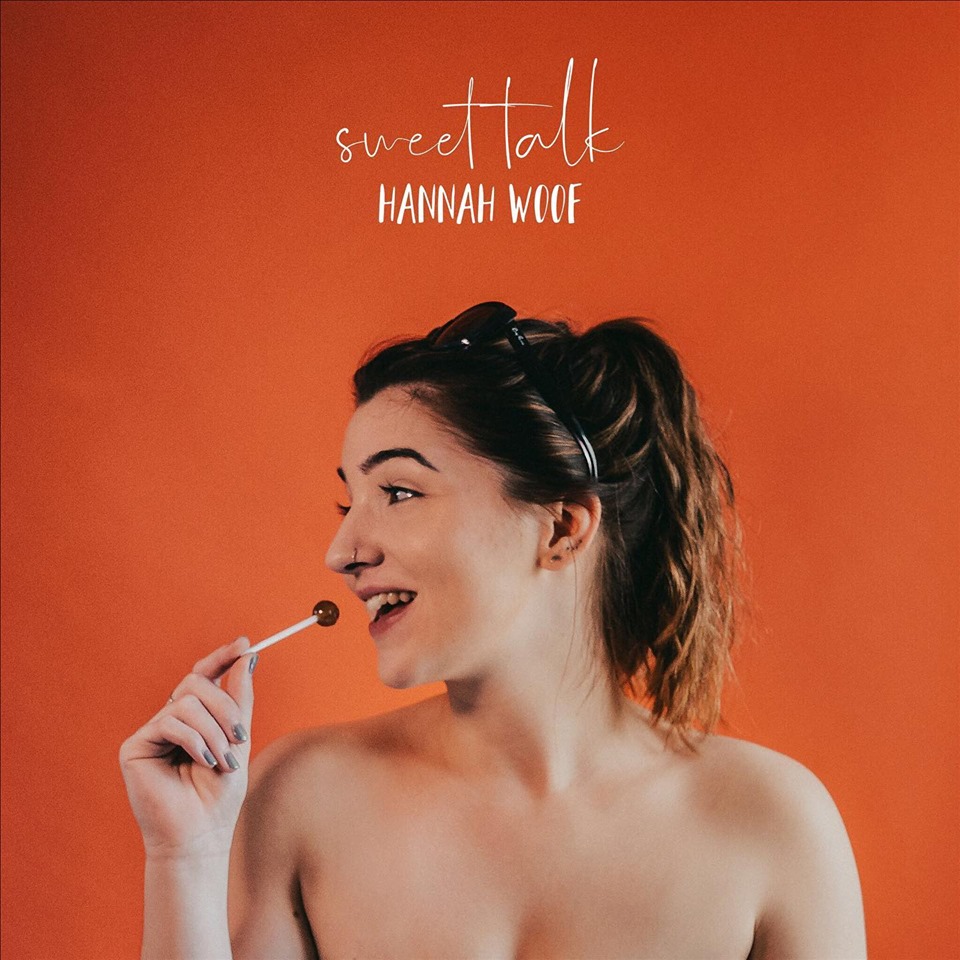 I wrote last week of the issues & tensions which must exist around even the best artists as they develop their individual voice & sound yet need to ensure each release, while being true to their own individual style & sound, is however distinct from what went before: possibly via new influences, working with new collaborators & of course via their growth as a writer & performer. Thus it is great to follow certain artists over a long period of time & see such evolution, often gradual & occasionally in leaps & bounds. Seldom if ever however can I have recorded such a contrast between one musician's latest release & their previous one. "Sweet Talk" by Hannah Woof, released today,  is a real quantum shift from its predecessor, the ‘Sleepless Nights' EP  of May 2017 (have we really had to wait two & a half years? Thank goodness the wait is now over).

The differences are considerable: radical even, though the essential qualities Hannah brings to her craft remain. Thankfully.

If you have read my earlier reviews, you'll know that Hannah's trademark has been "very fragile & haunting songs played with a very very spare style". I think the sparseness remains (Hannah seems to believe in a "less is more" approach to accentuating the excellence of her lyrics & her remarkable vocal delivery through tastefully restrained arrangements) if though the emphasis has shifted from a more "classical" previous approach on acoustic guitar or piano to something more "contemporary" using electronic sounds and a more hip hop vocalisation. (Before I go much further, I'd like to give due credit to Jack Arnold who co-wrote the song, plays on it with Hannah & produced it plus to Matt Cotterill who mixed it).

If the sound is a real shock (in a very good way), so is the lyrical content & tone. The previous EP was the product of the writer's insomnia as the title suggests & possesses a nocturnal feel. This single in contrast is a much more uptempo track (though the action in the lyrics could I suppose be still happening after dark).

But there is much more to it than that. The earlier songs tended towards the more reactive, being often accusatory (possibly towards a person responsible for causing the sleeplessness?) and delivered intensely in Hannah's characteristically no holds-barred wit & articulacy: the impression was of a strong person speaking her own mind but maybe coming out of a dark place ("Addicted To You" is a song I massively admire but it's not a light one). The Hannah of "Sweet Talk" is as strong & witty but it would seem a darned sight happier & in total control now of her own life.

I said she holds nothing back in the pursuit of emotional honesty & "Sweet Talk" is almost the flip side of the coin to a song such as "Blue Eyed Bastard" and delivered with as much commitment & frankly grown-up lyrics. This is a great song & I hope it gets the airplay it deserves but it won't appeal to the prudes out there. To be honest, personally I think it's to be applauded for doing so. The charts are full of "love songs" which to me simply recycle lyrical clichés & tropes on the subject whereas Hannah has written something here which is a lot of fun & rings properly true.

Like all the best music, these senses of honesty & the artist enjoying what they do underpin what I instinctively feel in the song & why I respond emotionally positively to it. And enjoy it. And I rejoice for Hannah who seems to have had a ball making it. If you use the "Sassy Rating" patented by Izzie Derry then you'd need to give it a very high one: I wouldn't argue if you wanted to give it the maximum (Hannah sounds like she is trying for it too). Think "Let's Get It On" by Marvin Gaye only more raunchy.

So there you have it: a track as inventive & true as her previous work yet which managed to surprise a fan: how great is that?

During the last sixteen bizarre months or so, coverage of Coventry & Warwickshire artists in these pages has taken on unusual patterns.
[1 image] END_OF_DOCUMENT_TOKEN_TO_BE_REPLACED

A mere few hours ago, on the stroke of midnight in fact, Hannah Woof released her new single, the zeitgeisty "Self Care", her first since her equally ...
[1 image] END_OF_DOCUMENT_TOKEN_TO_BE_REPLACED