"Against The Tide" by Ellie Gowers 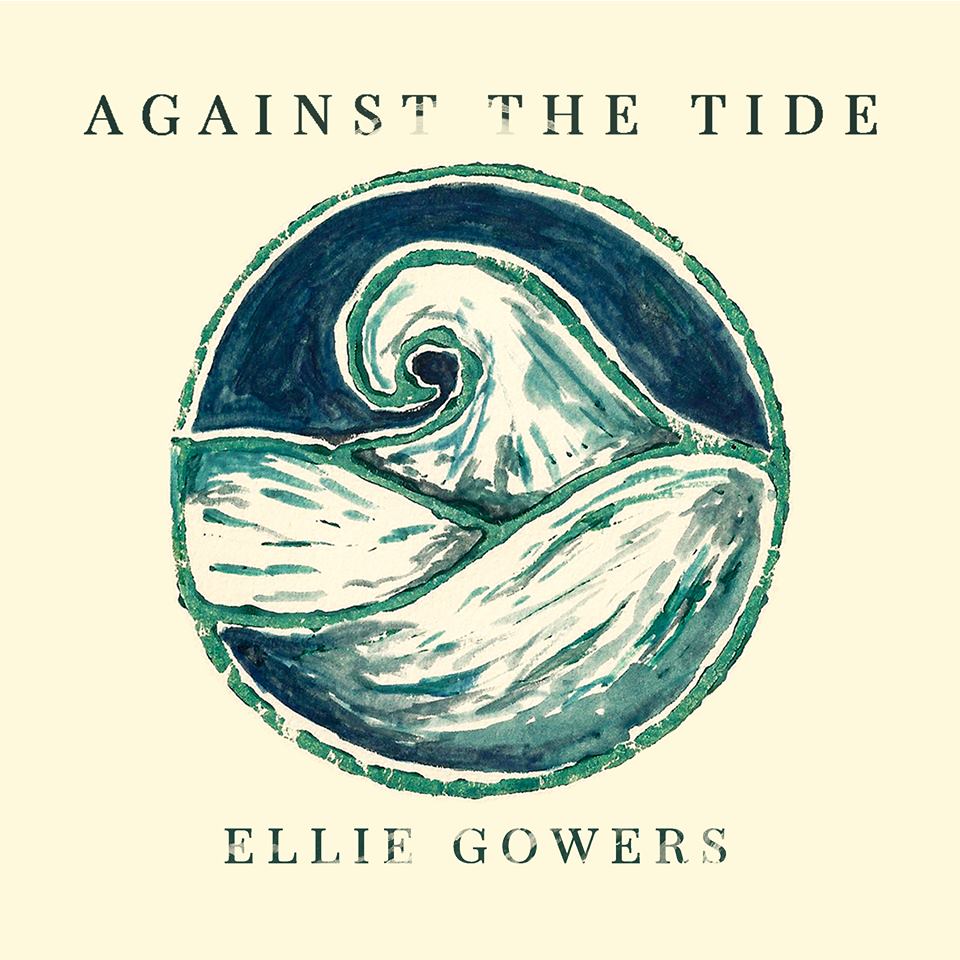 Some of the records I review for "Hot Music Live" come to me out of the relative blue. Others I am aware of & look forward to with great interest. A few such as today's release by Ellie Gowers of her single "Against The Tide" can be categorised as "eagerly anticipated".

Her first record since last year's ‘From Here On Out' EP, the interim wait has without doubt fuelled this feeling. As recent live reviews document, Ellie's artistic trajectory is currently rocketing. Mesmerising performances have attracted widespread applause & the buzz around the music scene is palpable: this is an artist on her way somewhere & increasingly fast. To quote ‘Love Shrewsbury': "‘One young woman made a big impression on us

to watch.'" I'd agree and so would so many others

So what of the song itself: how does it sit with my expectations, sky high as they already were? Well "quite extraordinary" were the first two words I wrote down on the initial play. The song grabs you by the emotional throat instantly & you can tell that Ellie is holding nothing back on that front: a few moments at any of her concerts will have told you thought already though.

Something of another quantum jump forward in her creative process, this is wholly Ellie: yes you can detect the folk roots of her writing, a genre definition which has sufficed until now but one which will no longer confine her. This broods with an intensity that again no Ellie-watcher would be really surprised at & frankly must be best experienced with headphones or a very intimate space for a gig to get its full power.

The vibe owes as much to jazz as folk or maybe the work of similarly dark brooders of the P J Harvey, Nick Cave, Patti Smith ilk. With a far fuller palette of instrumental sounds at her disposal than on her previous releases, Ellie deploys them with the taste you'd expect: dropped in (often without warning) and then withdrawn as abruptly to keep you constantly on your toes & keeping you locked into the song.

Subtitled as "a conversation about societal conventions and conditioning.", it seems that the title probably refers to the big forces of fate & nature which shape our lives & are simply too strong to resist entirely and against which one must necessarily be prepared to contend if one wishes to stand up for ones beliefs in a bewildering & potentially hostile world. As much as a conversation, this song challenges us to think about things and come up with our own answers, however complex and nuanced they need to be & however difficult the process may be. Ellie shies away from nothing in this track & expects the same in return.

Although as I say, the song is in that sense metaphorical, I am interested in how three of our finest local writers, namely Ellie, Izzie Derry & Stylusboy have released absolutely superb maritime title songs in 2019 considering how landlocked Warwickshire is... (though I accept that Ellie & Izzie have coastal bases too). I wonder if this triptych carries some higher meaning? Or am I just easily confused?

At any rate, to cut to the chase, "Against The Tide" is going to move you. Furthermore it exceeds even my expectations. It's been a bumper year for superb Warwickshire & Coventry songwriting, among the best ever & even so, this record may well crop up on "best single of the year" type lists by those who feel like picking out individual tracks in this manner.

Buy the record & for goodness sake try to catch her equally impressive live performances. This is a performer on top of her game in so many ways yet promising to develop so much further in ways beyond my predictive powers.

Strange and wonderful times: I find myself today writing my second live report inside a week.
[3 images] END_OF_DOCUMENT_TOKEN_TO_BE_REPLACED

One of the many frustrations of the past year has been the loss of momentum in the careers of various local artists who were so obviously on a roll: ...
[1 image] END_OF_DOCUMENT_TOKEN_TO_BE_REPLACED

For those of you who have been deprived of hearing the music of Ellie Gowers (I was fortunate enough to catch a live set on February 29th, but that ...
[1 image] END_OF_DOCUMENT_TOKEN_TO_BE_REPLACED

Last evening was one of local music's most anticipated gigs of 2019 so far.
[1 image] END_OF_DOCUMENT_TOKEN_TO_BE_REPLACED

One thing which I guess always gets the pulse of a reviewer speeding up is the chance to write about someone whose musical career is just taking off: ...
[2 images] END_OF_DOCUMENT_TOKEN_TO_BE_REPLACED