"If You Loved Me" by Jake Rizzo 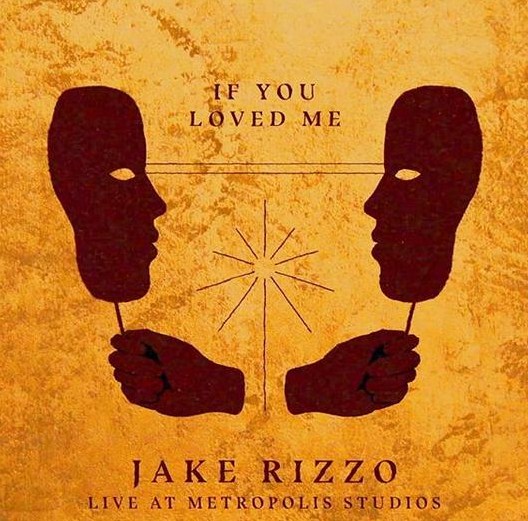 It is always a great pleasure to review excellent music, but to focus on a debut single is that extra bit special as you feel like a traveller joining someone on the start of what will be a wonderful journey. Mind you, the debut of Jake Rizzo on record is in some ways unusual given the length of time already he has been so highly rated: I first saw him at one of the "Melody Lounge" showcases hosted by Matt Hernandez when he was about 15 & was struck by his precocious talent even then, a skillset he has honed to marvellous effect in the intervening years.

"If You Loved Me" is released today and is billed as "Live At Metropolis Studios". Taking this to mean that it was recorded as a live take, I raise my hat to Jake for the confidence to go with his strength of being a captivating live performer & offering  us the immediacy of hearing his song as you would at a gig. And immediate it certainly is. It's like having him in your living room with you playing it just for you. It's really well balanced & produced yet his vocal is the dominant feature  in this rather unusually structured song which although a romantic one in theme, drives along with an almost desperate urgency & intensity, driven by clever instrumental additions: skittering guitar, pulsing bass & fierce drumming all are deployed at intervals to raise the emotional temperature higher.

A constant theme among my reviews (you can skip the next bit if you like: you have probably read it before) is that I find it comparatively easy to review music & artists I somehow find "honest" in their approach & craft (please don't ask me to define that too closely: it's an instinctive thing, more my heart than my head doing the work). If I come across someone, however skilled their technique etc may be who I feel is simply going through the motions or showing their skills off to no great purpose, I just pass on a review. That absolutely does not apply to Jake: I have always found one of his great strengths to be this honesty & a commitment to make music of integrity & indeed meaning. You get that admirably with "If You Loved Me", which may well be written about someone, but their identity doesn't matter: as with all good writers, he has applied the specific feelings to a song which could apply universally & so strike a chord with anyone.

The song has only been in the public domain nine hours at the time of writing so it's a bit premature to speculate on sales and airplay but I can't see why both should not be prolific. Jake has already won a substantial fanbase who'll be delighted with the single & is very much on radio radar having built that too over the years he has been perfecting his craft. As a debut & professional career calling card it is ideal & I have no doubt a great deal of thought went into the decisions surrounding it. As I said yesterday in reviewing Joe Dolman's latest single, momentum from this point is the key to ensure any impact of this song, however popular it is right now, doesn't fade in this world when music consumers' memories seem remarkably short term. Expect much more from Jake in the months to come therefore.

Double good news for the "Hot Music Live" community as not only does Jake Rizzo have a brand new single called "Obvious" out today, but it's a ...
[1 image] END_OF_DOCUMENT_TOKEN_TO_BE_REPLACED

It's a rather unbelievable two years since we last covered a Jake Rizzo release in this magazine, and ironically our review on that occasion ...
[1 image] END_OF_DOCUMENT_TOKEN_TO_BE_REPLACED

It is said of several aspects of life that "a week is a long time" within them: to the list we might now add the career of Jake Rizzo.
[2 images] END_OF_DOCUMENT_TOKEN_TO_BE_REPLACED