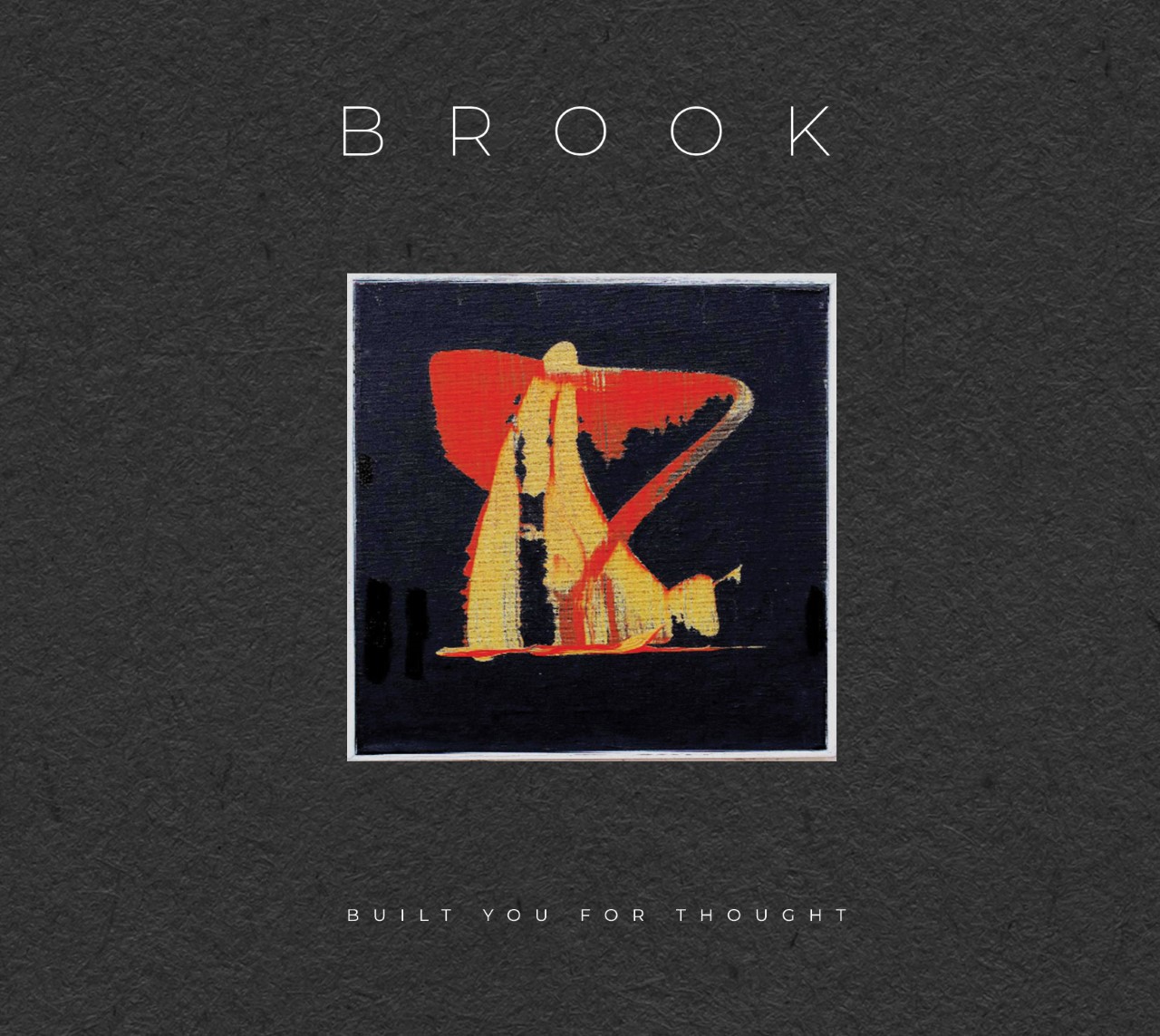 Brook – Built You For Thought

‘Built You For Thought' is the debut album by new Leamington Spa-based duo Brook. The group combines the captivating vocals of Beth Brooks with a delicate, sensitive electronic palette from Howard Rider. The album will be released by VeryRecords, the label set up by Vince Clarke, best known as one half of synth music royalty Erasure.

The ten highly personal songs on the album are delivered with an arresting power and a towering emotional resonance. Beth, the seasoned soul and blues vocalist from local Midlands group The Swaps, possesses a technique unlike any other, capable of switching from quiet introspection to blistering urgency, sometimes within the same song. It's an effect that can lead the listener to mistakenly think they are hearing a choir of many voices instead of just one.

"I was profoundly deaf until I was about four and I had to endure loads of operations," explains Beth.  "From then on, I started to try and replicate certain sounds and the way people sang, and I think that's where all those different voices come from."

The temptation would be for Howard's music to follow Beth's lead. After encouraging his brother to sell his Renault 5 to buy a drum machine when he was fifteen, Howard was weaned on a diet of dance music. Having previously released upbeat electronic music loaded with melodies, it would have been all too easy for Howard to put Beth's vocal in a loud, similarly-intense setting. Instead, the music here is a conscious exercise in self-restraint: reflective passages and quietly turbulent, stirring juxtapositions, occasionally coalescing into sequences and arrangements laden with tension and robust rhythms, or nodding to the eclecticism of modern classical composition.

The album's diaristic lyrics deals finds Beth in the role of observer, ruminating nostalgically on her time living in Australia (lead track ‘Diamond Days'), trying to fathom a loved one's incomprehensible anger and mood swings (‘Rage') and contemplating what the world would have turned out like if only Adam had bitten the apple instead of Eve (‘Applaud').

Elsewhere, the muted electro pulse of the album's title track finds Beth wondering why so many old buildings are ignored in favour of derivative modernity, while the standout ‘Prince' places Brook on the sound-system of a New York nightclub in the years before house music took over, its lyrics shining a bitter torch on the fairytale notion of waiting for one special person to arrive in your life.

‘Built You For Thought' is the product of two years of work. The tracks began with Beth recording alone with an acoustic guitar before Howard began wrapping her vocals in layers of intricate synths and textures to create the ten fragile pieces here. "While we were making the record, someone said to me that we should keep it simple," says Howard. "If this had been a solo project I'd have probably made this all sound a lot crazier, but gradually I began to realise he was correct. What we needed was a lot of space for Beth to be the central focus of these songs."

The result is a suite of songs that are deliberately and delicately understated, presented in such a way as to put Beth's many voices and her individual outlook on life, society and relationships at the very heart of each song; songs that cannot help but leave a mark on you and which will stay with you long after ‘Built You For Thought' has finished.

"Shaping up as a label to keep a serious ear on." – Electronic Sound