The Countdown Is On For Kenilworth Arts Festival 2019


The Countdown Is On For Kenilworth Arts Festival 2019 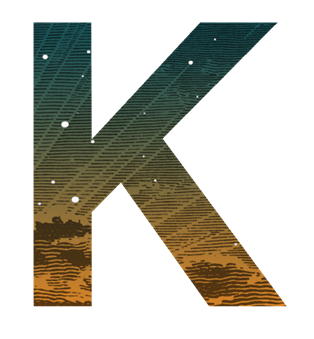 Warwickshire's historic town of Kenilworth is gearing up to welcome a host of famous names from the literary and music world for what is fast becoming one of the largest dedicated arts festivals in the area.

KENILWORTH ARTS FESTIVAL, which runs from Thursday 19 – Saturday 28 September 2019, will present over 35 events in a wide range of venues, transforming the town into a World-Class stage for arts, music, performance and the spoken word.

Artists from the UK and around the world will descend upon the town bringing with them the sounds of jazz, classical, acoustic and cinematic music. A diverse programme of talks and readings will give a platform to some of the UK's leading writers and campaigners. Plus, art installations, family activities, film screenings, exhibitions, workshops and immersive events offer visitors the chance to enjoy new and one-off experiences.

First details of the festival line-up, now in its fourth year, were announced in June.  Since then, organisers have added a whole raft of new artists and events, including talks from best-selling novelist Clare Mackintosh, The Guardian's Amelia Gentleman, who was awarded Journalist of the Year 2018 after exposing the Windrush Scandal, and Nathan Filer, mental health nurse and award-winning author of the international bestseller The Shock of The Fall. Two further concerts have also been added: an evening of contemporary folk music featuring emerging artists Joshua Burnside and Rosie Carney, and a double bill of cinematic, instrumental music which, in a UK premiere, will feature a joint performance from Polish cellist Resina and Brussels based composer Christina Vantzou. More recently, the festival has announced a series of film screenings, which includes a Midlands premiere of For Sama, which won the prestigious Prix L'Œil d'Or for Best Documentary at the 2019 Cannes Film Festival.

Combined with the events already announced, most notably a talk from award-winning human rights campaigner Caroline Criado-Perez and concerts from New Zealand singer-songwriter Nadia Reid and celebrated jazz group Darius Brubeck Quartet, this year's festival programme promises to be one of the highlights of the 2019 arts calendar.

So, what else can festival goers expect?

Opening the festival will be the critically acclaimed singer-songwriter Nadia Reid, from New Zealand, who will be performing a rare UK concert in the beautiful surroundings of St Nicholas Church. Celebrated for her intimate musical soundscape and unique voice, Nadia has played all over the world, appeared on BBC's Later … with Jools Holland and her album ‘Preservation'; was named #2 in Mojo's album of the year list in 2017.

Other concerts also reflect the festival's growing status as a platform for World Class performances. On 26th September the festival will host Nottingham born pianist Isata Kanneh-Mason. A finalist in the BBC Young Musician of the Year competition in 2014, and the eldest of the talented Kanneh-Mason family (her brother Sheku played cello at the wedding of Harry and Meghan last year).  Isata has performed all over the world at prestigious venues such as Carnegie Hall and the Barbican. Her debut album, Romance, was released earlier in 2019 on Decca Classics to widespread critical acclaim. Isata will be performing a solo recital of Schumann and Brahms pieces.

Another notable live music event is an appearance from American jazz pianist Darius Brubeck, son of the legendary musician Dave Brubeck, who will be bringing his acclaimed Quartet to the festival to offer a glimpse into material from a forthcoming album.

Aside from music, the festival boasts a strong programme of literary events, celebrating some of the most inspiring and thought-provoking new fiction and non-fiction books released in 2019. The centrepiece is a full weekend of talks, readings and panel discussions on 21st / 22nd September.  Joining the distinguished line-up of writers is the award-winning human rights campaigner, Caroline Criado-Perez OBE, who will be talking about her latest book, Invisible Women, Nikesh Shukla, Kerry Hudson, Nathan Filer, Amelia Gentleman and debut novelists Candice Carty-Williams, Elizabeth Macneal and Rosie Price. Later in the week the festival will feature a talk on the ‘Untold History of Faber & Faber', as well as an event featuring multi-million selling novelist Clare Mackintosh.

Other festival highlights include the English premiere of large-scale outdoor art installation The Gramophone, created by Irish artist Donnacha Cahill; a text art installation produced in collaboration with students from Kenilworth School; a free Street Party in Kenilworth's Old Town and an exhibition of work by local artists.

Lewis Smith, Artistic Director of the festival, said "The festival has grown year-on-year and we are proud to be able to welcome leading writers, musicians and artists to Kenilworth once again for our 2019 festival. This year's programme showcases artists from all over the world and includes several UK premieres and exclusive performances, so it promises to be a very special ten days of events. We're also proud that our programme continues to offer a platform for debate and discussion, with events exploring big issues such as gender politics, Windrush and mental health."

For full listings and to book tickets go to www.kenilworthartsfestival.co.uk

Tickets can also be booked from www.kenilworthbooks.co.uk