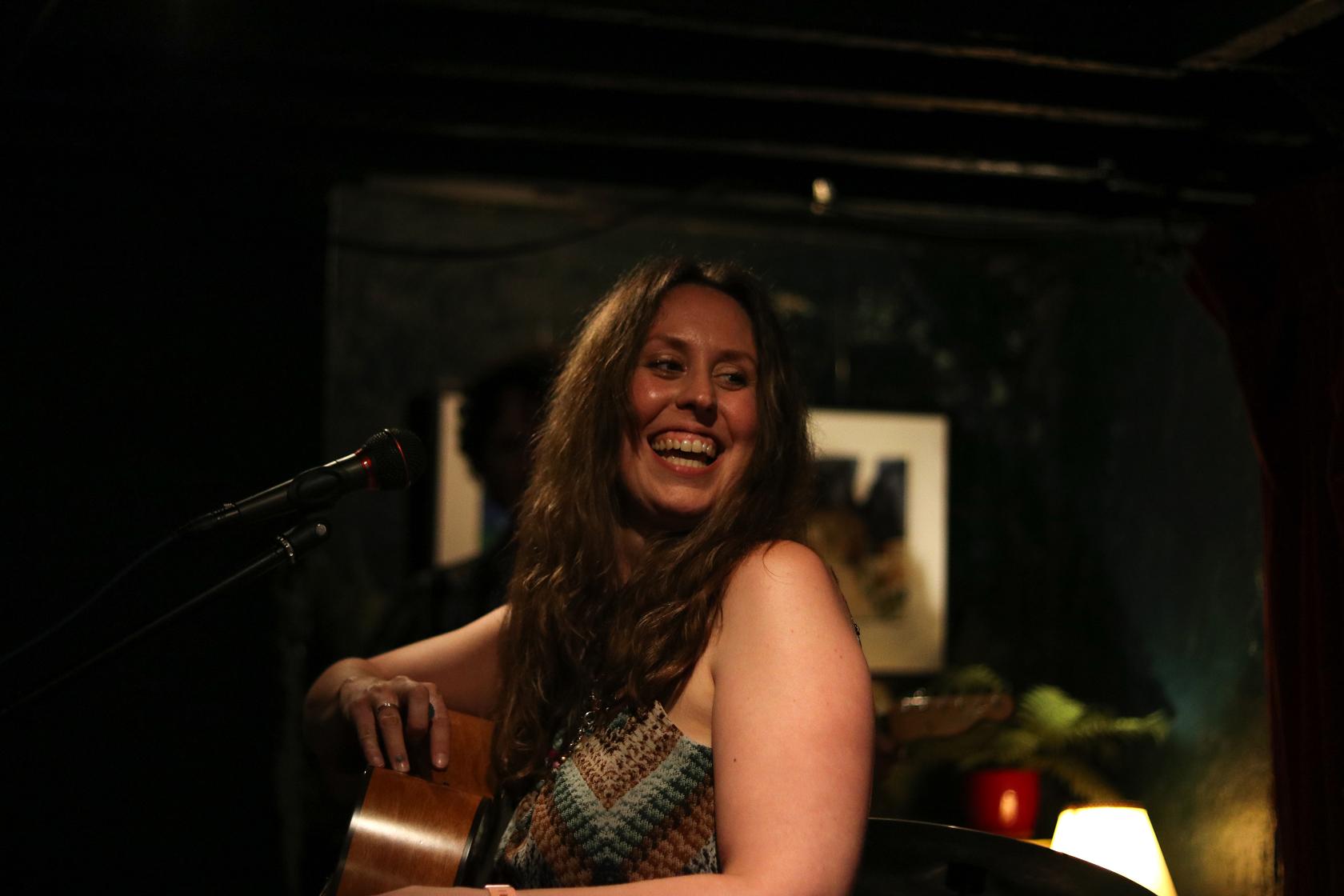 Once again I can write up for you something rather special: two performances which were pretty unique for our area & which again I felt so privileged to be present at.

Long term (I'm talking more than a decade) mutually admiring artists Irene Rae & Stylusboy teamed up at Temperance for their first ever joint gig, as part of the tour Irene & her band are  embarked on behind the release of her new ‘The Light Game' album.

Local music fans won't need much reminding of the talent of Stylusboy, who of course has been reviewed before in this magazine for both records & live performances (sadly I missed his previous gig on this day, in a lift going up & down a Coventry shopping centre at the behest of the BBC) but never before had he performed his material live with Holly Hewitt, herself far from a stranger to these pages. Holly of course sings on his latest ‘Out Upon The Ocean' too & tonight accompanied him on the songs from that EP and many more.

Her harmonies from the songs on the EP helped ensure the complete fulfilment of their live performance of course (though I had heard Stylusboy perform them beautifully solo previously), but even more intriguing was Holly's singing on his other material, delicate doubling of lines, exquisitely nuanced shading of familiar lyrics: an excellent example being on his signature tune "For The Souls Of My Brothers", such a moving & personal song, where Holly's understated harmonies were so ethereal they evoked the ghosts of the Blitz themselves. For fans of her singing, familiar with the power of her vocals when fronting bands and performing blues, jazz, country & rock, this was a wonderful insight into the range & tastefulness of her abilities. One would hope that the two could pair up more often as together they take these beautiful songs one step further.

One occasion for sure will be on September 13th for his ‘Routes' album launch at Backhaus & Co in the Fargo Village (Irene will be playing again too) and on November 30th he'll be back at the Magic Lantern with Mister Keith in support. In the meantime for all things Stylusboy, check out his page

Headliner Irene has not played in Coventry & Warwickshire too often in recent years so it was a treat that they arranged a tour date for us. Equally, I think we should salute them too for re-arranging their material for a smaller space, opting for "chilled out" versions of the songs rather than slimming the lineup down. Thank you.

Their style is, I'm pleased to say, enjoyably elusive to describe. "Folk" has been applied, though not all women who play acoustic guitars are folk musicians.. I certainly detected a great deal of jazz playing (reflecting the backgrounds of band members) and am happier with descriptions such as those of ‘Maverick' magazine who detect an unusual jazz/country hybrid or ‘RnR' who prefer "country pop": though inclining much more to the former. But that is inadequate: world beats especially African ones were featured at times as were straight rock stylings & blues inflections and I admit,  folk.

I was impressed by drummer Luke Szoltysek's response to the space, playing a kit, yet endlessly and subtly changing his technique & set up: brushes, sticks & beaters changed places throughout so many songs, his cymbal work was inventive & interesting with nuts being removed occasionally to alter sounds etc. He even played Holly's banana shaker along with his own on one number.

The band were highly impressive when playing together & I'm glad they all came. However their skill often lay in what they did not play: despite being there, not every song required them at all times & each member often was content to watch & listen when appropriate for whole or parts of numbers: Irene in fact sung several only accompanied by her own guitar. Lead guitarist Stuart Dixon in particular stood out as a master of "less is more". His Telecaster or Stratocaster interventions were finely calibrated inserting licks & short passages tastefully & remaining silent when that served the song best: only once did he really cut loose on a fully fledged solo & that was given extra power due to its rarity.

Bass player Roger Inniss comes from a blues background & that added those colours. Playing a couple of instruments with the widest necks I've seen on a bass, not only accommodating extra strings, they gave him room for carefully crafted & complex, often highly melodic lines.

The final band member John Bowman possibly played a bit more than the others (I wasn't really keeping score though) and his playing was from yet more traditions, not least some quite classical stylings. All in all most tasteful, most interesting & above all serving Irene's songs with their skills rather than grandstanding.

Irene's voice is probably the one element other reviewers focus on first: rich, melodious & beautifully expressive, interpreting her own words (and one pretty jazzy Bonnie Raitt cover) in a compelling fashion which draws you into the meaning. Explaining each one in turn, many seemed autobiographically originated & no doubt that approach contributes greatly to the essential truth & consequent emotional depth of each.

The band kicked off the whole show with a statement of intent: the introduction to single "Never No" is complicated & I had assumed it was a studio creation not capable of live replication. Not at all: they went straight into it & never looked back. However if you have skills that great, you don't need to show them off as you have the confidence to know it's not necessary & thereafter played with a great deal  of joy and humour. One characteristic of artists playing at the Magic Lantern seems to be their pleasure in playing & each other's company & the band tonight repeatedly referred to themselves as friends: the bond obviously impacting on their tightness, despite the revamped arrangements & the verve of performance.

Irene & her band are continuing their ‘The Light Game' tour: please see her page for details of other dates upon it & hopefully you can catch another date or hopefully they will return to the same venue next Spring. I certainly hope so as it would seem do all those lucky enough to be present. A joyous night for all involved.

Well here I am again, this time reviewing not one but two artists on whom I fear I may have already used up my supply of appropriate superlatives in ...
[3 images] END_OF_DOCUMENT_TOKEN_TO_BE_REPLACED