"Moving On" by The Rising


"Moving On" by The Rising 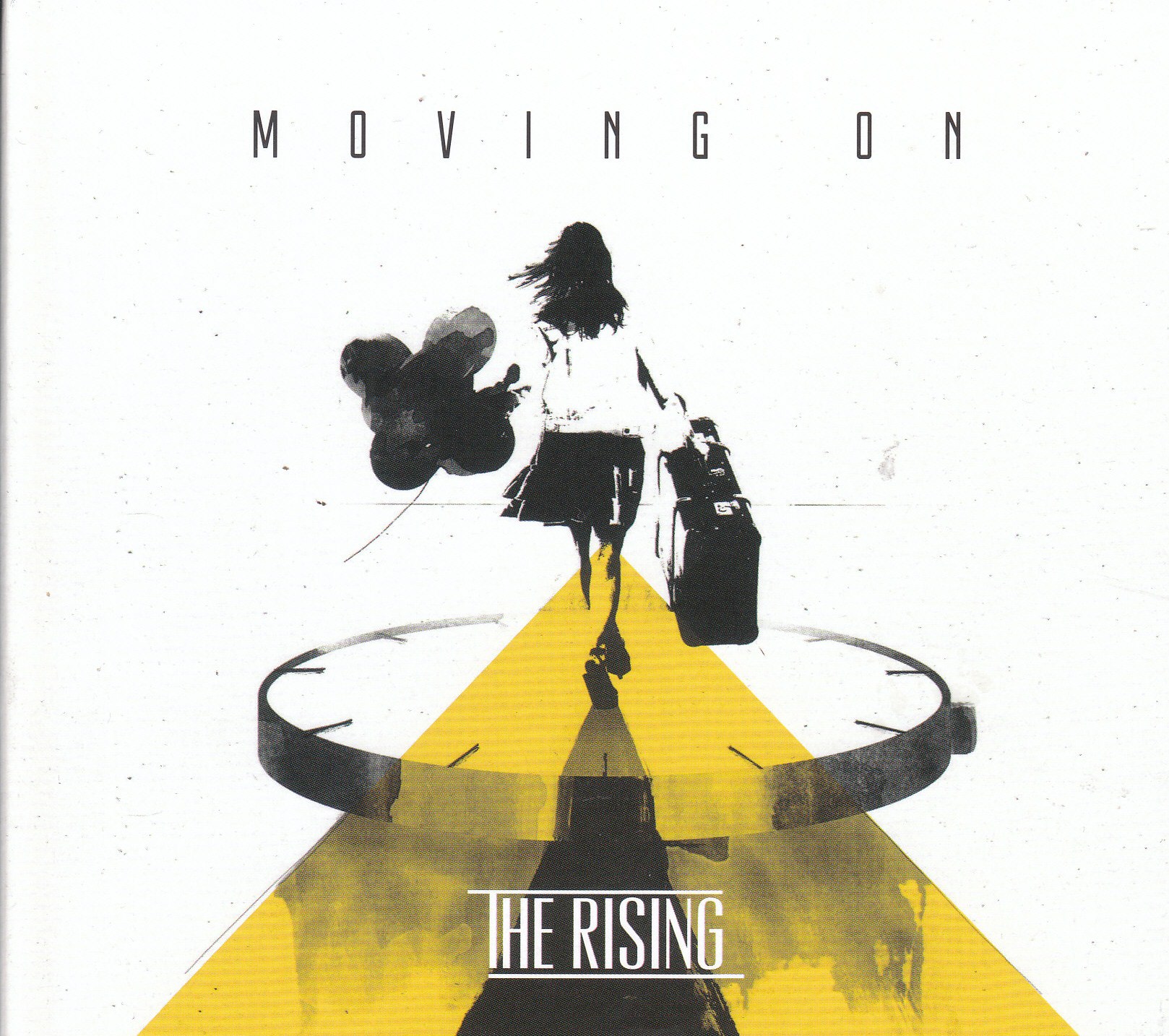 As promised in my review of their performance at Sunday's BBC Introducing Coventry & Warwickshire showcase, what follows is my review of the latest album by The Rising, namely ‘Moving On'.

As I said (only yesterday), this band made a massive & immediate impression on me and the whole audience (to avoid repeating myself, may I refer you to the article which shouldn't be far from this one in the magazine? Thank you). So what do they sound like on record?

Well in some respects, as I'll explain in a moment, their appeal is refreshingly simple & direct & that's what works for me. However some context will point out several paradoxes too as their story isn't all that simple in practice. Founded in Belfast, The Rising are now based in Leamington, which from our perspective is great news, though I'm sure the music community in Belfast is less happy. What is even more complicated is that yesterday I was knocked out by a two piece The Rising (and boy were they effective in that format): guitarist Chris Logan & vocalist Chantelle McAteer. However as the sleeve notes tell us, the album was started as a five piece band and completed as a three piece (the third person being bassist Brian Mellors)....

When it comes to the type of music they play, again, it is no simple task. They offer us the help of suggesting that they "can best be described as blending fresh-faced Pop/Rock with Modern Country Stylings fresh from Nashville" and that they "take influence from....artists such as Taylor Swift, Carrie Underwood, Keith Urban, Kelsea Ballerini and many others".

All of this is true, but they key is really that they defy genre categorisation or at least glib categorisation which is a big plus to me. They draw from many wells in regards to styling but also I firmly detect that they have attitudinal roots in that area where punk attitude meets roots music: an area inhabited by the likes of P J Harvey, Tom Waits, Nick Cave, Joe Strummer etc and it is no coincidence I think that they draw their name from a Bruce Springsteen album . I did say that on stage Chris has that punk approach in my previous review. Honesty oozes out of their work & that must be why they win converts so easily. The Rising are for real.

The songs definitely reflect this. Having some affinity with the classic country subjects, nevertheless they address genuine contemporary themes & issues & this freshness sits well with the honesty I mentioned....

Archetypical of this is "Take A Hint" which was one of the highlights of the BBC gig: this feisty & witty song is as much contemporary R&B as Country and a long way from "Stand By Your Man": think of the lyrical barbs of Lily Allen and add even more danceability.

Title track "Moving On" is both an excellent showcase for Chantelle's vocals & response to the movement within the band as noted above & features a more blistering guitar than was possible at the acoustic gig. Passionate & positive all through.

"Just Another Name" is another excellent example of Chantelle's characteristic hybrid Country/Soul/Contemporary stylings and like much of the album is really radio friendly: no wonder BBC Coventry & Warwickshire have dubbed them their current Band of the Month. If you can simultaneously have a roots appeal and a pop one then you are in a very strong position. Goodness knows where the mainstream media will attempt to pigeonhole The Rising: "crossover" maybe?  Personally I accept them for what they are, like all the good bands, a synthesis of what they enjoy.

The gentle "Even The Stars Fall For You" ballad offers another side of the group & sounds like it should be very effective live at the right moment in the setlist.

The jaunty pair of "Back To Me" & "Reasonable" are the most obviously Country of the songs on the album and the ones to strap your cowboy/girl boots on to.

"Forgive & Not Forget" returns to the soul end of the band's spectrum while "Rebound" & "Love Is" give a picture of what the fuller lineup band sound(ed)  like with prominent contributions by Tommy Detamore on pedal steel and John McCullough on piano plus Chris Brush on drums.

"Yellow House" might be called Country Funk and "Finally Found You" & "Roundabouts" round off the collection in ways which might respectively be described as "more soulful" & "more poppy" ("Roundabouts" is another earworm for you) but there must come a time in any review when I leave off describing music for you: you'll only get The Rising if you listen yourselves: either on record or live or preferably both. I trust you'll react as I did. Go on.

You can catch The Rising back at the Magic Lantern at Temperance on 30th August  or if you are around Belfast on June 14th, they are at the Belfast Barge. On September 12th you can see them in London at The Water Rats.

When last week I told you of The Rising's collaboration with Tiernán Heffron called "Come Closer", I offered the observation that "this is a ...
[1 image] END_OF_DOCUMENT_TOKEN_TO_BE_REPLACED

I have to confess that when I heard that the new single by The Rising (out today) was to be their version of "Have Yourself a Merry Little ...
[1 image] END_OF_DOCUMENT_TOKEN_TO_BE_REPLACED

If you have been reading my more recent reviews of The Rising, then it will not be news to you that they've been steadily releasing each of the ...
[1 image] END_OF_DOCUMENT_TOKEN_TO_BE_REPLACED

For those of you following the incremental release of The Rising's ‘No Hope Without Love' EP (and I hope that's you all), you may ...
[1 image] END_OF_DOCUMENT_TOKEN_TO_BE_REPLACED

True to their mission, The Rising are back with a new single "Highway to the Lost & Found"  (due out on 3rd September) just over a month after the ...
[1 image] END_OF_DOCUMENT_TOKEN_TO_BE_REPLACED

I hope you have been following the progression of singles released by The Rising from their upcoming ‘No Hope Without Love' EP?  Following ...
[1 image] END_OF_DOCUMENT_TOKEN_TO_BE_REPLACED