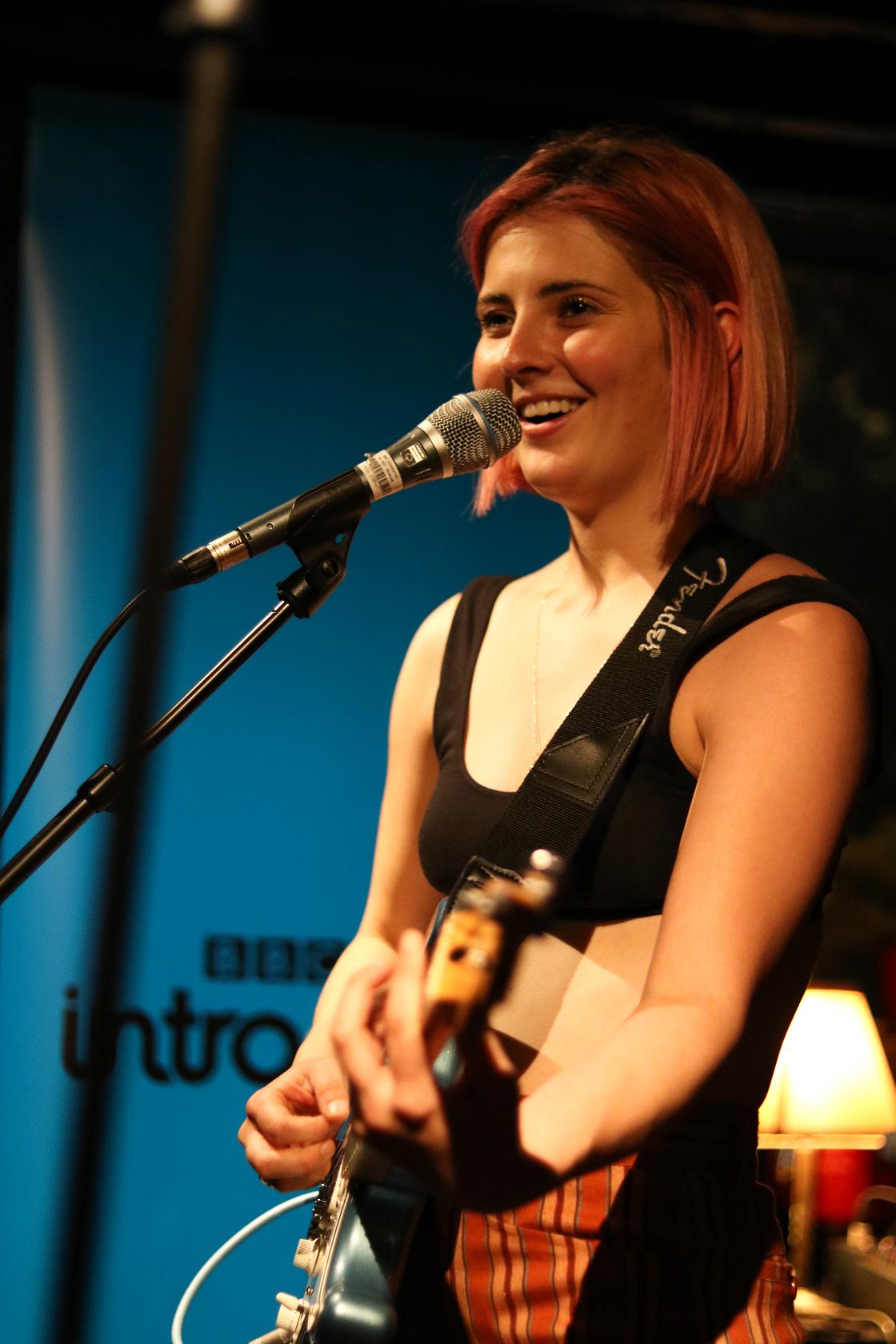 "Hot Music Live" tries really hard to do many things. One is to reflect what is going on locally in terms of stories, releases & gigs, regardless of the profile or celebrity of the artist. However it probably does an especially useful job in promoting the work of those less covered in other media or not at all. Which is something to be proud of. So it's great to report on another organisation also dedicated to bringing new music to people's ears & attention & helping spread the word about all the great talent in Coventry & Warwickshire. In this case, a hat is doffed for sure to the "Introducing" team at BBC Coventry & Warwickshire: producer Hannah, presenter Brody & new team member Thea. There is a huge cross over between the music they play & the artists featured in the magazine. It was a pleasure therefore to be present at a brand new venture for the team: recording a concert of some of their favourite artists for broadcast. As Brody put it, they have for a long time recorded artists live in their Radio Theatre in Coventry, but now are seeking to host showcase gigs in local venues in front of audiences to add that special layer of excitement & authenticity. An excellent idea & may it long continue now it's started. (I'll let you know the date when this particular concert will be broadcast by the way).

The premiere of this initiative was at the Magic Lantern at Temperance in Leamington: an ideal location for quality of sound & where the intimate atmosphere & supportive audience helped distil the essence of three artists: headliner Emily Burns, BBC CWR Introducing Artist of the Month The Rising & singer-songwriter Jacob Neverhill. That all three were relatively new to my radar was a huge extra personal bonus: the "Introducing" process certainly worked for me.

First up was Jacob: like Emily, he normally plays with a fuller band & it was interesting to see how much both enjoyed performing "stripped down" arrangements which allowed them to demonstrate the strength both of their playing skills but also of the writing, so that songs still stand up regardless of arrangement. In this case, Jacob actually played with the fullest lineup, supported by a guitarist & an (electronic) percussion player while he played keyboards and sang. In fact the song that made the greatest impression on me, an unreleased (so far) one called "Ghosts" was one which utilised all three the most. Despite its title it was probably the most upbeat: generally Jacob cut back on the musical accompaniment & let his own excellent voice take prominence on a variety of songs most of which seemed to focus on break ups. Check Jacob out at his page here:

The revelation of the event were The Rising: a Belfast originating band now based in Leamington. Big thanks to the BBC team for drawing them to my attention. Drawing some inspiration from country music (they did a wonderful & furious cover of "Folsom Prison Blues"), they also channelled elements of rock, soul & R&B through Chantelle's fantastic singing & Chris' acoustic guitar playing verged on the punk: sound, attack & his onstage shapes reminded me of Mick Jones or Johnny Ramone. The lyrics, drawing for the most part on the challenges of modern relationships & life were witty & infectious & all were played with a joy verging at times on total abandonment. I was an instant convert as was everyone else I spoke with: can't wait to see them again (I've set up a gig myself for them on August 30th at the same venue in order to address this craving) and as soon as I've completed this review I'm turning my attention to one on their current album ‘Moving On'. You can find out more about the band on these pages:

Emily was an apt headliner. Brody revealed how she had been a constant on the show since he started & how supportive she was of it: now based in London she had travelled up just to participate in the event. It is great to see how her career is progressing: another aspect Brody mentioned was her inspiration to other local songwriters. It shows. She is a skilled performer with a charismatic personality. Although virtually all her songs seem to be about romantic dramas & disappointments (the main exception "Vanilla Sunday", ironically, although lyrically the happiest, was the most melancholic in terms of music: the most jazz inflected number, sung quietly and gently), each was sung with verve and passion: the two things I noted about Emily's performing being firstly that most songs featured a most unusual & distinctive vocal quaver but also the  songs about her disappointments in love also involved at some point a smile which seemed to be to herself, remembering something mid song.... The lyrics of all songs were witty & imaginative, Emily's singing style was generally with an R&B tinge but veering towards jazz & folk as appropriate. All numbers were performed entirely solo (either on an acoustic or a Stratocaster: switching instruments frequently) and I felt this certainly brought out the strengths of the words & given the really personal nature of the songs, suited them. Yes, her career (and she has had multiple Radio One airplays & came to this gig hotfoot from appearing at Radio 1's Big Weekend in Middlesbrough) now means playing with a fuller band, but I do feel that at least occasional solo gigs like this offer her a chance to present her material in an alternative & highly appropriate manner.

You can learn more about Emily Burns at her sites:

I'm sure you don't need me to remind you to check out BBC Coventry & Warwickshire Introducing on the radio but if you do want to see very many of the artists featured on the show (including many who've been in this magazine & several who appear on 'Hot Music Live Presents Volume One'), check out the BBC CWR Introducing stage at the 2019 Godiva Festival between 5th & 7th July.

Well here I am again, this time reviewing not one but two artists on whom I fear I may have already used up my supply of appropriate superlatives in ...
[3 images] END_OF_DOCUMENT_TOKEN_TO_BE_REPLACED