"Blessed With A Curse" by Taylor-Louise


"Blessed With A Curse" by Taylor-Louise 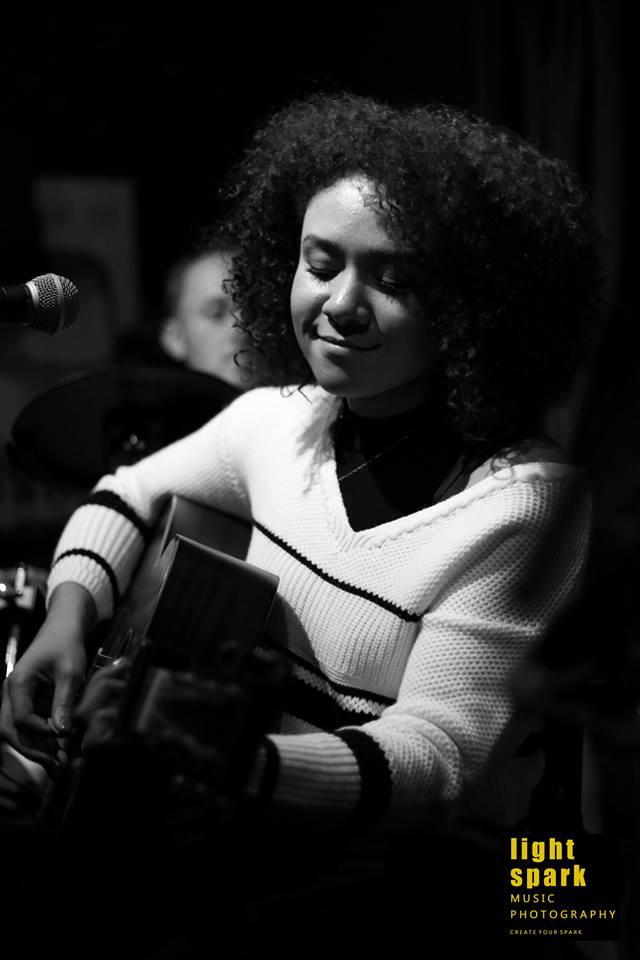 I feel doubly privileged in that I had the pleasure of hearing Taylor-Louise play her forthcoming single "Blessed With A Curse" at her recent concert at the Magic Lantern (see review published on the 10th inst) but now I also have the opportunity to review the studio version in anticipation of its release in a fortnight's time as part of a four track EP.

In that earlier piece I noted that although her work is developing significantly with each new record, her work started at a level of maturity way beyond her chronological years. Taylor-Louise's writing signature tends to centre on observational approaches (whether of herself or others) and the consequent psychological/emotional insights producing lyrically profound  songs which often ask questions of the listener. Since Taylor-Louise's own philosophy is so clearly around self improvement & personal development (her gigs are noted for her explanations of her songs & her own values), they do offer us more than the average popular song usually does: they can help form a roadmap for us to mirror the journey their writer is clearly embarked on. Her last single "Twenty-Three" was very much of that ilk & so it is hardly surprising that "Blessed With a Curse" walks us further on down that road.

Although I greatly enjoyed the largely acoustic version I heard Taylor-Louise perform with Tom Gedney & Kev Stanley, the fuller single version is actually quite distinct. The live version was intense & slow burning, ideal for the story it tells: this one drives along at a somewhat brisker rate (which should help it gain airplay), propelled by a variety of elements of the arrangement: quite jangling electric guitars, an infectious bassline, incisive drum & layers of discreet vocal harmonies. However the sense of the song doesn't get diminished by these: the tone is simply varied. The story would be that her destiny is calling the singer onward: she not only can do nothing about it but in fact embraces the summons by her talents. The only negative aspect is that she has the self awareness to know that inevitably the fact of her going means leaving others behind, but she has the grace to understand that she owes something of an apology & explanation. The tonal change between the two versions I've heard perhaps is that the slower version emphasises the apology slightly more, the single version favours the fact that she is looking as much forwards as backwards.

On a lighter note perhaps, all the emotional depth the song carries in its heart does not weigh the song down at all: it skips along & the melody should stick in your heads. Delivered in a truly distinctive vocal style (as I have said previously in other pieces, we too are blessed around here: blessed with individual & unique voices currently & Taylor-Louise's, once heard, can never be mistaken. She is gaining an ever increasing audience & given the incredible strength of the material she already has lined up for release in 2019 (I can well imagine how great the stuff she has yet to write will be), this could & should be a real year of success for her. She certainly deserves it. A couple of final points I'd like to make. Firstly, I had always been struck by her graciousness in talking to audiences: one of her defining characteristics, one which does her great personal & professional credit but yet one I'd never said to her nor about her. I should have done. I told her yesterday & am mentioning it to you right now. Sorry for the omission.

The very last point is to draw your attention to the excellent artwork on the sleeve (which you'll have to wait and see on release as it's a closely guarded secret for the time being) and credit the artist Ayse Herring of Wildflower Designs. I am advised that the pink rose (a little hint there I guess of what it looks like) represents the track "Blessed With A Curse" and Taylor-Louise will elaborate on the full concept in time....

It's been quite a while since I had the pleasure of reviewing a Taylor-Louise release: in fact it was about eighteen months ago when the title ...
[1 image] END_OF_DOCUMENT_TOKEN_TO_BE_REPLACED

What a fiesta of an evening on Friday at St Patrick's Club in Leamington.
[3 images] END_OF_DOCUMENT_TOKEN_TO_BE_REPLACED

If you are counting, you'll have spotted that the new single "Gone" is the third single to be released from Taylor-Louise's stunning "Black ...
[1 image] END_OF_DOCUMENT_TOKEN_TO_BE_REPLACED

When is "easy listening" not easy listening?Possibly when it is one of those quite rare songwriting approaches where the composer deliberately ...
[1 image] END_OF_DOCUMENT_TOKEN_TO_BE_REPLACED