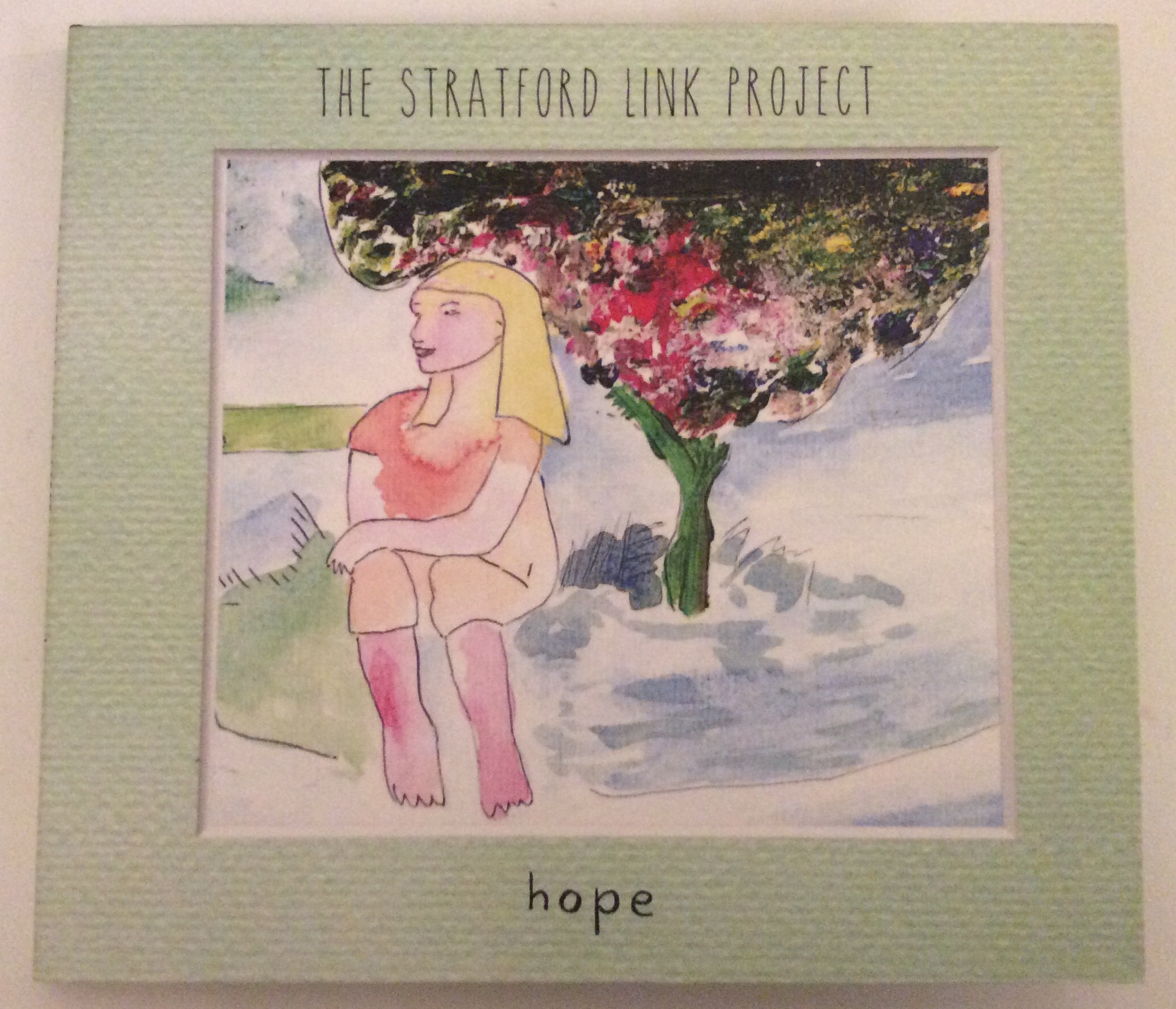 Doug Armstrong tells me firmly that he's the not a musician. Those who know and work with him however know that's he's been instrumental,(excuse me) in making many musical projects happen by linking venues to acts and actively supporting the work of many local musicians. He's very much part of the musical community. I'll swiftly move on as Doug didn't want me to focus on him, but I wanted to mention that there are many people on the local music scene who are every bit as important to the making of the community as those who perform.

I met Doug to talk about a song writing project he's been working on with highly respected local musicians Wes Finch, Nigel Clarke (of 90's band, Dodgy) and Jack Blackman and most importantly, members of The Stratford Link Project.

The Stratford Link project primarily hosts a drop in for homeless, socially isolated and vulnerable people. Doug, Nigel, Wes and Jack began by encouraging some of the regular attendees to learn guitar. This moved to generating lyrics for their own songs. The group members were asked draw on their own feelings and experiences. The group then worked with the experienced musicians to craft songs. This became a very important part of everyone lives as it gave a voice to experiences, feelings and creativity the participants hadn't known how to articulate or had any one to share this with.

They were all really impressed by what was created and a recording project came together with help from Paul Johnson of Rhythm Studios. The group members performed their songs on the album and were helped to shape the songs with guidance and expertise of the musicians. Doug's role was very much about facilitating and helping those involve find a voice and confidence to put ideas and feelings forward.

The process was very bonding for all involved and created important relationships, some of which are still going strong. It was sometimes a slow and frustrating process and is described as follows, 'some weeks they struck gold other weeks didn't bear fruit.'

The project culminated in live performance and the album, 'Hope'. It is by any standards something very special, full of beauty, observation and the voices of those who are not often heard. It's a thoroughly enjoyable listen and I played it three times back to back when a I first got it.

The lyrics at times reminded me of the poetry of John Cooper Clarke, full of humour and honesty. Some songs are broad comments on society and difficulty, other focus on the small meaningful details and rituals of life.

The support of the professional musicians shows a great deal of understanding and respect for what was created by the participants. They beautifully elevate a simple tune without over complicating or taking away from the messages within the songs. Their input seems to embellish and enhance the lovely natural vocals and at times there's very Bob Dylanesque vibe.

There is still music being produced by this group and another live event look place at Stratford Playhouse in December. As is often the case funding to develop and move this forward will depend on how thing progress in the future.

You can follow the work of Stratford link Project or buy a CD by sending a message to their Facebook page.

If you are an admirer of the visual artistry of Russell Whitehead or the musical artistry of Wes Finch, or indeed of both as I am, then I'm sure ...
[1 image] END_OF_DOCUMENT_TOKEN_TO_BE_REPLACED

I'm sorry to say that I'd never previously attended one of the summer Sunday afternoon concerts on the Bandstand in Stratford before but ...
[7 images] END_OF_DOCUMENT_TOKEN_TO_BE_REPLACED

Very slightly more than twelve months ago I reported to you on Wes Finch's Leap Year gig: a special event to mark the four yearly occasion & to ...
[1 image] END_OF_DOCUMENT_TOKEN_TO_BE_REPLACED

Somewhat to my surprise, yesterday afternoon I found myself enjoying live music in the actual physical presence of the musicians creating it for the ...
[2 images] END_OF_DOCUMENT_TOKEN_TO_BE_REPLACED

There is some good news for Wes Finch fans awaiting the release of his Leap Year gig live album (as (p)reviewed in this magazine last month) He has ...
[1 image] END_OF_DOCUMENT_TOKEN_TO_BE_REPLACED