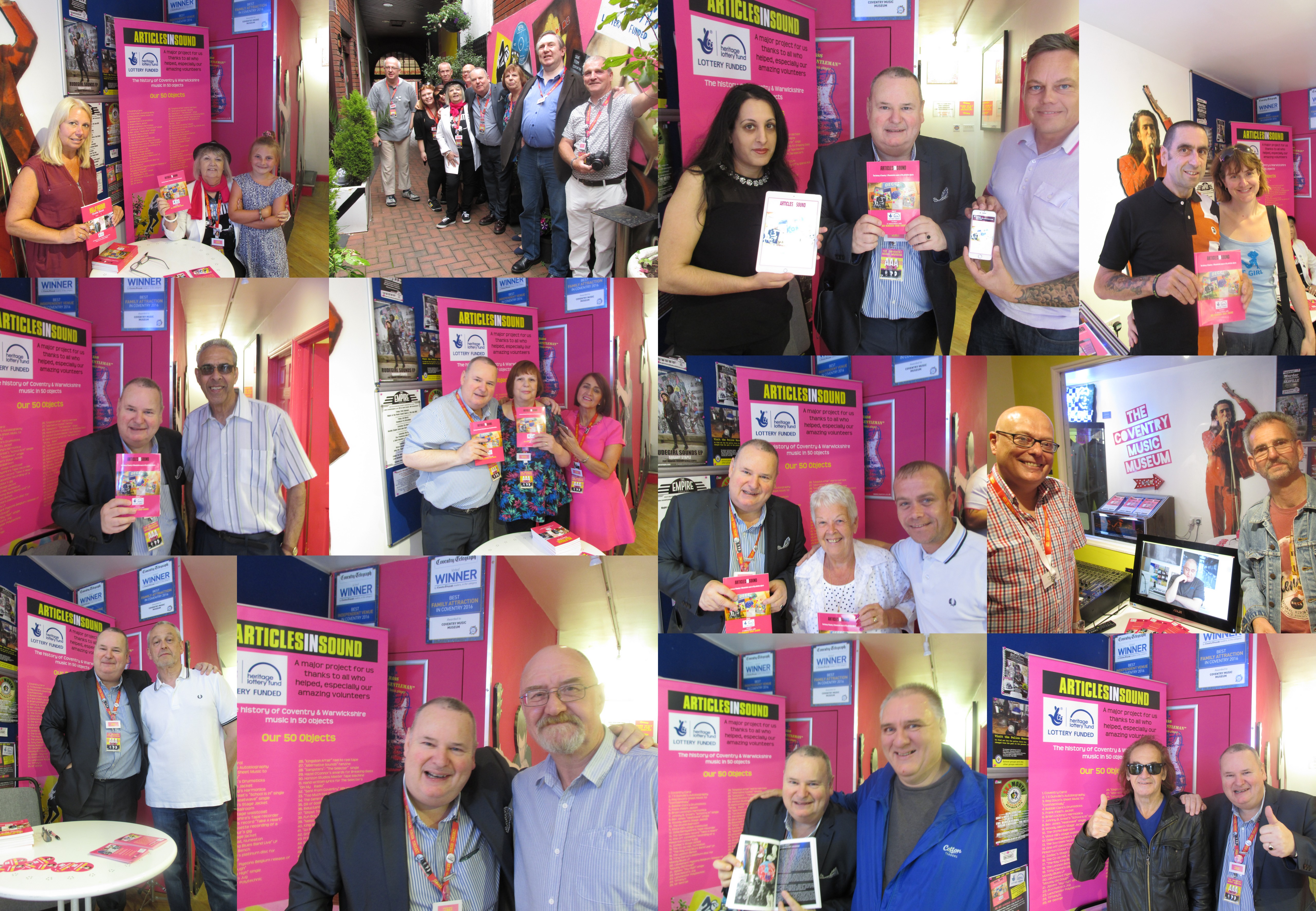 Saturday 30th July 2016 witnessed the long awaited "Articles in Sound" project launch at Coventry Music Museum. This story of Coventry & Warwickshire music, told across five media (a book, a film, a website, an app & a mural) funded by the Heritage Lottery scheme, offers unique insights into artists, their music, venues and other artefacts. The Museum was thronged with a variety of musicians & music fans eager to buy books, view the film & meet members of the teams who created them. Notable guests included Horace Panter of The Specials & many other bands who play locally such as Blues 2 Go & Honky Tonk Rose, Dave Gee of legendary Leamington band The Shapes, the equally legendary Dill from cult band Gods Toys, Grammy award winning producer Roger Lomas & Coventry & Warwickshire favourite Danny Ansell with members of his family. The book is available from the Museum for £5, the App is free from The App Store & Playstore and the website for the project is www.articlesinsound.com
Web

Most readers of this piece will know of Joe Meek & his revolutionary production techniques, but fewer will be aware of his work with one of the top ...
[1 image] END_OF_DOCUMENT_TOKEN_TO_BE_REPLACED