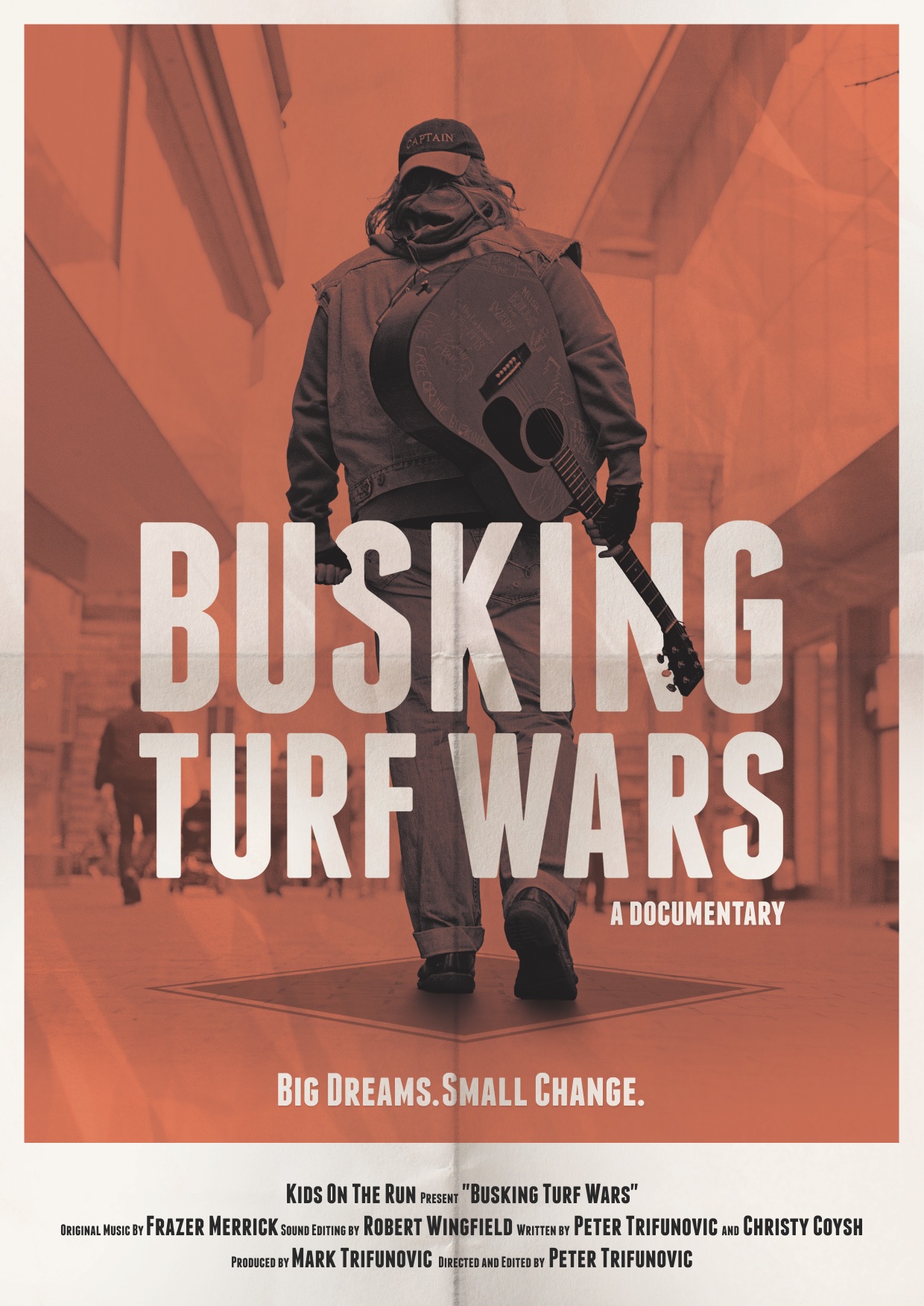 Welcome to my first film review for "Hot Music Live". If you enjoy music & you would like to have your heart warmed, then I thoroughly recommend "Busking Turf Wars", a completely independently made film set in Leeds which I had the fortune to see at a special screening in one of my favourite venues, the Magic Lantern (the film premièred in Texas & Leeds & is shown on the international film festival circuit but isn't currently on general release: may I steer you towards watching it via this link:

This evening's screening was specially organised & compèred by cast member Lisa Franklin for which I thank her.

A form of mockumentary following a busker in Leeds City Centre (played by co-writer Christy Coysh), shot over some fifteen days only (it was a  feature length development of a short film by the team) on a budget described by Lisa as nonexistent, I have not laughed so much in a long time, though over the film, the comedic side subtly elided and shaded into the pathos which can so effectively complement broad comedy & grant it emotional depth, and the final fifteen seconds are beautifully  bathetic….

The film is for all intents & purposes improvised by the cast around a written idea by Christy & co-writer Peter Trifunovic (who also directs & whose brother Mark is the film's producer) and much is shot on location in central Leeds (especially round Briggate) with many members of the public interacting with the cast.  The performances are superb, as is the cinematography (there is a truly poetic sequence about two thirds of the way through which was especially moving) & I'm glad one of the audience particularly praised the sound (which must have been very technically challenging) so I can mention that too.

A winner of multiple Film Festival Awards & recipient of much critical praise, the film certainly will appeal to "Hot Music Live" readers. One reviewer cited ‘Alan Partridge' as a touchstone and I'm sure plenty of people have come up with ‘SpÄ±nÌˆal Tap' or the Comic Strip's ‘Bad News' but this is a gem in its own right, possibly gentler & more affectionate with its subject: I think we might all potentially come across a Steven Lockmoore in real life: busker, musician or otherwise. Watch out for the further work of the Trifunovic brothers, (currently based in Canada for their film making), Lisa, Christy and their colleagues: on this evidence there is some wonderful stuff to come from each & every one.

Well here I am again, this time reviewing not one but two artists on whom I fear I may have already used up my supply of appropriate superlatives in ...
[3 images] END_OF_DOCUMENT_TOKEN_TO_BE_REPLACED