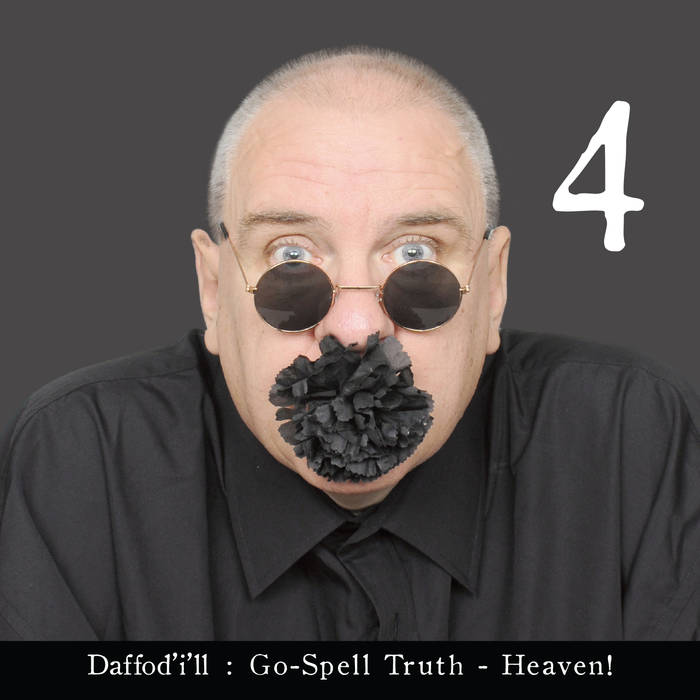 "Hot Music Live's" own Paul Englefield, in reviewing the I track "I Am I" on "Alternative Sounds Volume Two" back in July described them as "anthemic sci-fi mock drama" and in hindsight, I think the same sort of description might also apply in a way to God Toys. However in those days, Dill was working closely with other musicians and singing songs which at best he only had a part in creating & usually less of a role in the arrangements (though not of course the unforgettable visuals everyone who saw either band will remember). These days, all aspects of the writing & creation rest solely in his hands with his only collaborator being the Cage Studio's Martin Bowes who produces, mixes & masters his tracks. Thus the musical settings have evolved & are much more intimate than with either of his bands: in fact one wonders how he will present them live given that the high drama of Gods Toys & I gigs would not suit this newer material. I look forward to finding out.

What hasn't changed in all this time is his general approach to what he wants his songs to say, which is broadly speaking a very spiritual centre, albeit viewed through prisms of great humour & humanity. Whereas all his earlier work may be said to reflect Dill's general attitude to the bigger questions in life & specific themes within them, ‘Go-Spell-Truth-Heaven', for the first time addresses personal specifics in a very overt way: namely the passing last year of his mother. In fact the black theme of the cover photo & the flower he sports (which Dill's sister found at the Crematorium at the funeral) are cited by him as important visual counterpoints to the songs.

So perhaps you are expecting morbid introspection? Well that's not Dill's way. Although far from untroubled by darker thoughts in his life, his music has always tended to the uplifting, whatever the circumstances. Despite loss, Dill is optimistic about the Great Beyond.

As with his previous album (‘Love & Peace')'s "Piano Peace" and other similar songs, Dill does transcendentally beautiful ambient pieces well: check out "Summer Sunrise" on this latest album.

"The Lord's Prayer - Psalm 23" is certainly Dill's most religious song ever in terms of unambiguous language (the lyrics come from the two texts in the title) but is set to a mild & almost jolly electro melody: if you heard this in church it would have to be quite a groovy church.

On the other hand "Death in my Father's Plain" draws its lyrical inspiration from the funeral service & the subject is very much as you'd expect: however as I've said, neither the musical setting (albeit rather an unsettling one) nor the main words, which draw the subject back towards the duality of human existence, emphasises morbidity

"An Eye for the Eyes" demonstrates Dill's playfulness, drawing its inspiration & title (plus many of the lyrics) directly from the original "I Am I"'s lyrics & updates its message, substituting, as noted above, the template's power & dramatics for that more restrained & intimate delivery which speaks more directly to the listener rather than enveloping them within a glorious pageant.

A personal favourite is "Bless This House" which starts off like Billy Joel and proceeds in a lively pop/soul manner while "Ishe" reminds me of Tom Tom Club's "Wordy Rappinghood" and "Daddy Cool Aid" sounds like Boney M jamming along to the sort of synthesiser which Pete Townshend used on various early 70s Who tracks. Is "Hello" a nod towards Pil? What fun.

"Nothing I Can Do" is (as the more deciperable lyrics say) "so mysterious". Is Dill singing in tongues in some parts? Is this a metaphor for the mysteries of life? Possibly. Or I may have got the wrong end of the stick on that one.

You won't hear this sort of album anywhere else I can guarantee you.

Today sees chapter 34 in Daffod'i'll's solo album series with the release of ‘SAY AHHH!' with its tracks being "Conquer All", ...
[1 image] END_OF_DOCUMENT_TOKEN_TO_BE_REPLACED

Eight days after my last Daffod'i'll review, here he is back with another album (just the one this time, although he apparently has another ...
[1 image] END_OF_DOCUMENT_TOKEN_TO_BE_REPLACED

In the four days since I reported on the release of the  last four Daffod'i'll albums, he's back with yet another four today.
[4 images] END_OF_DOCUMENT_TOKEN_TO_BE_REPLACED

After releasing three more albums about as many weeks ago, Daffod'i'll  is back with three more plus another compilation ('The Best ...
[4 images] END_OF_DOCUMENT_TOKEN_TO_BE_REPLACED

After last week's release of no fewer than four new albums, this week Daffod'i'll is back with just one album: his twenty third, ...
[1 image] END_OF_DOCUMENT_TOKEN_TO_BE_REPLACED