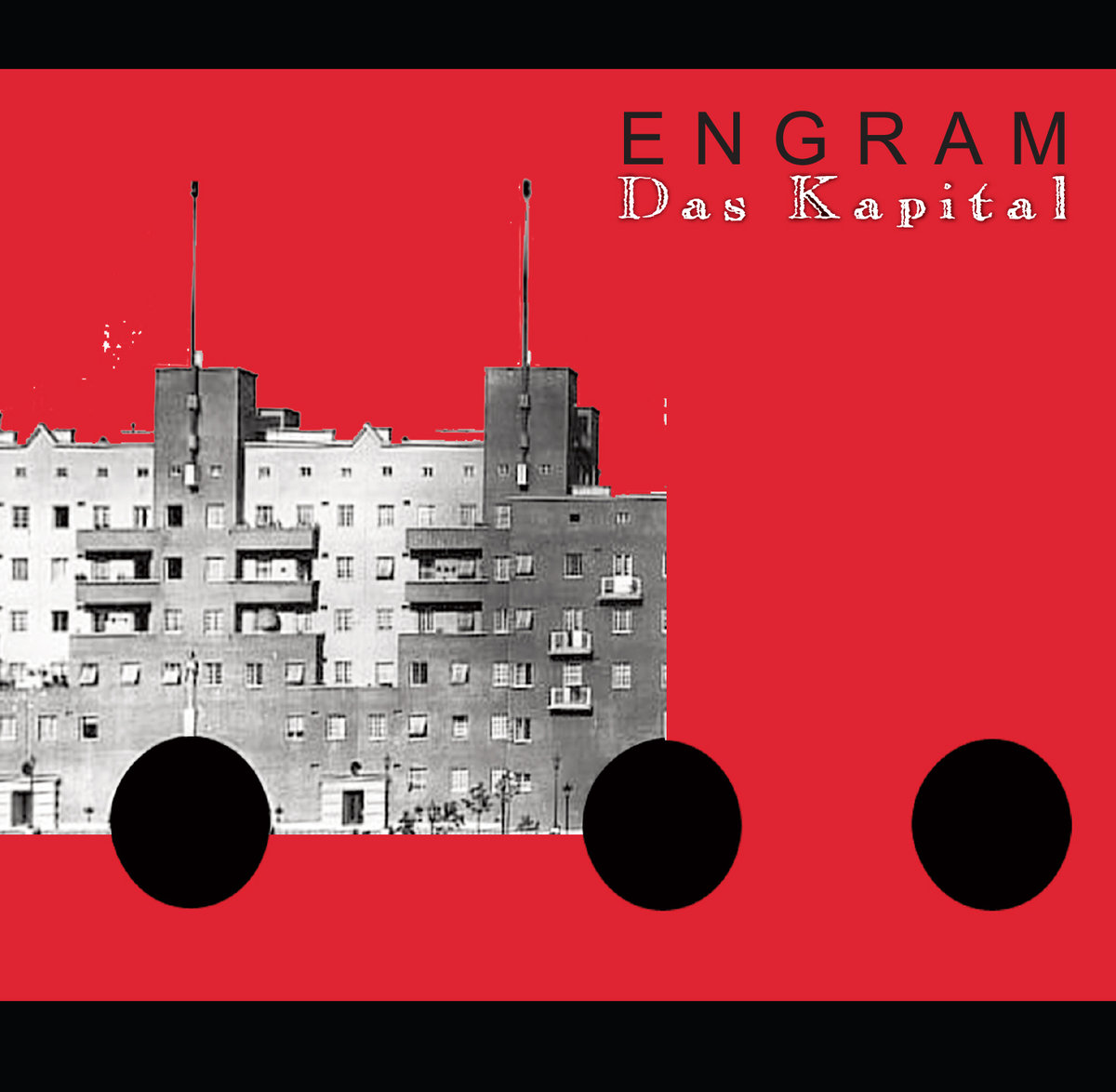 I hope that many of you will recollect the words of "Hot Music Live's" Paul Englefield in July when he reviewed the ENGRAM track "Karl Marx" (a 2015 single but reviewed in the context of being a track on the "Alternative Sounds Volume Two" compilation):  "a crisply chilling political observation" said Paul which pleased the band so much that it now appears on their webpage.

Now, 22 years into their career, ENGRAM release their debut album, appropriately named "Das Kapital" (out on 31st October in fact). ENGRAM members Martin Bowes (ATTRITION, Cage Studio, Two Gods Records, "Alternative Sounds") and John Costello have been working separately & in occasional collaboration in experimental music for over 30 years: their first ENGRAM release was a version of "What Am I?" in 1996.

I hate trying to slot original music into genres, even if it does help readers of reviews get a handle on a song or album (for which read "I find it hard to assign genres"), so I'll go with what ENGRAM self describe themselves as: "an atypical mix of minimal wave, body music, soundtrack tonalities and lush melodies, bound with washes of dark electronics". Or even "it is a synthesis of two very different personalities thinking in unison; it contains many surprises, few rules and no fixed poles, posing questions but withholding answers" And then there's "If H. R. Giger would have been a musician instead of a painter, this is the music he would have composed…"

Thank you ENGRAM for helping me out there.

So on to "Das Kapital" which includes versions of all previously released ENGRAMsongs plus seven previously unheard ones.

The track which instantly stuck in my head was "Exquisite Corpse": named of course for the (in)famous surrealist game & the model helped generate the song's own lyrics: in fact one wonders how much the approach underpins both the album as a whole & the general technique of ENGRAM. I doubt I'll easily tire of this one.

"Highgate Part Two" manages another connection with Marx while evoking the atmospherics of the cemetery itself: this might make an excellent basis for a soundtrack to as yet unimagined film.

The German(ic) "Eyn Irren Tot-Final" shifts restlessly and has passages of rocklike power & attack, yet never for long. I'm not sure I quite understand what it's trying to convey but trying to work it out is more interesting than getting any meaning handed to you on a plate. The Japanese titled "Hi Teikei No" (it means "fresh" apparently) possesses its own enigma: hushed vocals never precisely reveal their message...

If "Karl Marx" is "crisply chilling" then the newer "Razor Inside" raises the threat  level to a higher & more immediate level: this album never lets you settle: one moment you are sitting quietly trying to decode a message tantalisingly out of reach, the next you are urged to collect your belongings & make for the hills. This is music for the children of the cast of Talking Heads' "Life During Wartime" maybe.

This is a very strange (in a good way) and unique set: you can dance to it, yet you can also lie in a darkened room & let it flow over you. It makes you think. An album for the head & the heart & the feet. ENGRAM are planning their first ever live shows... I wonder what they'll be like?