We chat to Sigourney Gowlett, Simon Button and Peter Drew about Whitstock 2016


We chat to Sigourney Gowlett, Simon Button and Peter Drew about Whitstock 2016 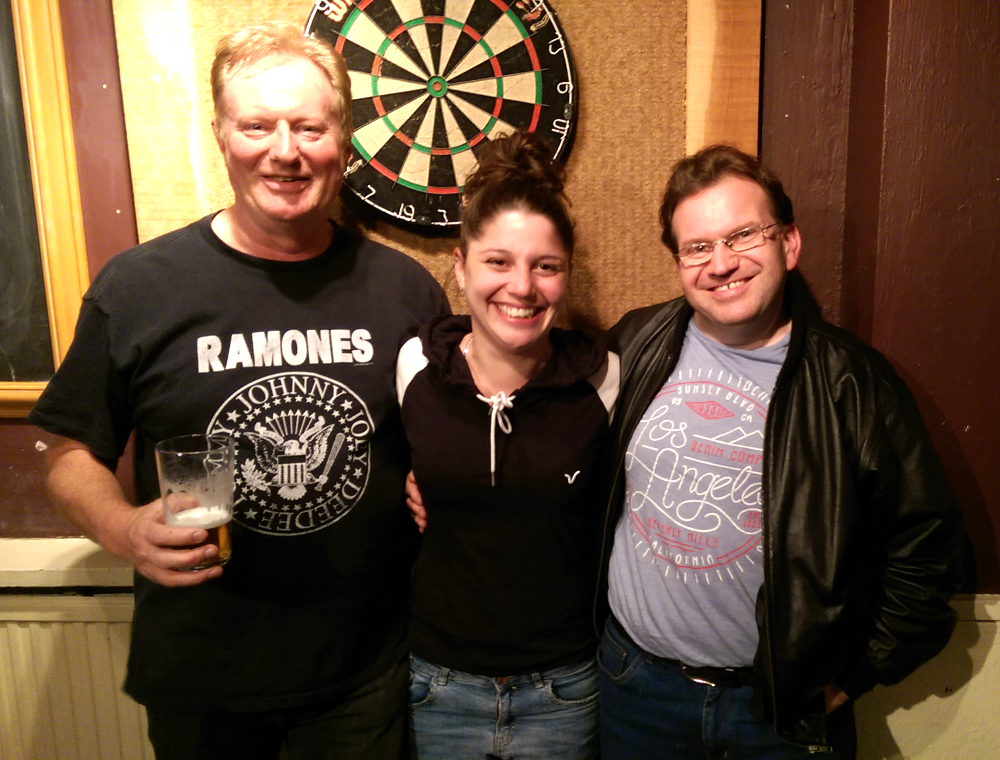 So I'm sitting in the excellent Plough and Harrow and I'm talking to the owner, Sigourney Gowlett, together with super-promoter - and drummer - Peter Drew and Deputy Mayor of Whitnash, Simon Button. You might expect this to be a serious sort of conversation, perhaps exploring the role of live music in developing civic values through the hospitality industry within an urban community. You might - but you'd be wrong. We're actually sharing a bit of banter, debating Peter's claim that he's a member of the aristocracy, assessing music promotion as a strategy for word domination, and speculating about the hazards of introducing the Woodstock lifestyle to Whitnash. Fortunately, Sigourney is focused and makes sure I get the key facts about Whitstock.Here's what you need to know. It's a two day festival of live music at the Plough and Harrow on Saturday 28th and Sunday 29th of May. You can expect around 12 acts a day on an outdoor stage set up on a curtain truck with a top quality sound system. Saturday is band day; Sunday is acoustic chill-out. The line up currently includes The Intruders, Grassroutes, Repeat Offender, Red Root Revival, The New Wombats, Riff Raff, and Concrete Boots.It's free to enter but bring plenty of change to feed the buckets to help raise money for Myton Hospice. As well as the non-stop live music, there will be stalls, face-painting, a bouncy castle, hook a duck, and an outside bar. The Myton team will be along too to sell raffle tickets. If you fancy helping out with a prize, please get in touch with Sigourney .This is Peter's third fundraiser for Myton Hospice. Previous years, at the Whitnash Sports and Social Club and the Grist Mill have been massively successful, both as events and as fundraisers. This year's event is planned to be the biggest and liveliest yet!Whitstock apart, the Plough and Harrow is a good friend to live music with a fabulous appearance recently from Chain of fools . Sigourney also has another spectacular planned for August with 12 beers, 12 ciders and a major national act lined up.And remember, the next time you meet a drummer, address him as "My lord" - even imaginary aristocrats expect a little deference.

Saturday at this years beer festival at the Plough and Harrow in Whitnash had on offer along with the usual well chosen selection of real ales and ...
[5 images] END_OF_DOCUMENT_TOKEN_TO_BE_REPLACED

Here are a selection of my images from some of the bands performing on the Saturday of the Whitstock event which took place at the Plough and Harrow ...
[10 images] END_OF_DOCUMENT_TOKEN_TO_BE_REPLACED