Matt Hernandez's Night Of The Musicians


Matt Hernandez's Night Of The Musicians 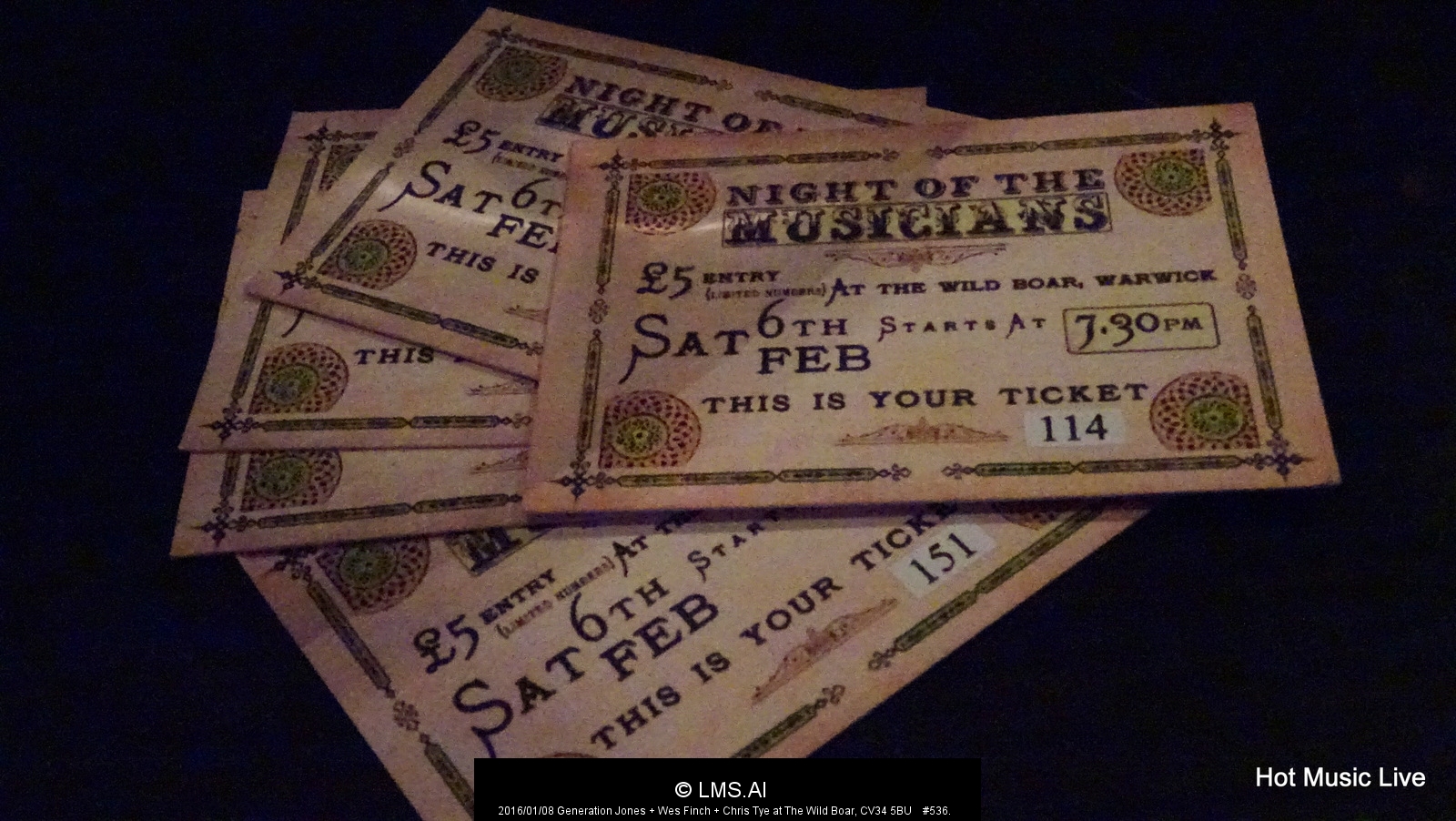 1 of 12
I recall, 6-7 years ago, when my band used to rehearse in the Park Tavern's skittle alley. We would arrive with our equipment through a door that opened into the middle of the pub, then have to work our way around the central fireplace and down a dark winding corridor to the cold and fairly disused echo chamber. Then in 2011, the pub underwent some considerable changes; the front door was moved, a micro-brewery installed (visible through a huge glass window that now brightens up the corridor) and the skittle alley was transformed into a concert hall. Well, initially, performers would do their thing at the opposite end of the room to the entrance, which seems to make a lot of sense, but it meant that the audience had to be seated in regimented rows. Nowadays, the stage is against a long wall and "cabaret style" seating makes it less formal for both audience and performer. Don't get me wrong, this is a small venue having a capacity of just 70, but it is one that now has an established foothold in the local music scene. Matt Hernandez has been associated with the Wild Boar throughout its transformation. I have known Matt for quite a few years now, from when he used to run a blues open-mic session at The Great Western. At that time, he was a guitarist in Dig The Pig, before he became known as Matt Flamenco. When you arrive at one of his events, despite busying himself with the setup, Matt will probably notice and come over to greet and welcome you. He has a genuine affinity with people and way about him that both relaxes the anxious performer and builds up the anticipation of the audience.So, to the concert. Tickets for this event were sold-out weeks ago, without too much publicity I must add, such is the reputation of the event and tonight's performers. A large section of the audience had turned up specifically to see the brilliant Wes Finch, myself and accompanying party of 8 included in addition the family of 5 seated behind us whose young sons were even au fait with Wes' music. We all thought that Wes would be headlining, but it was no surprise to me to learn that he had relinquished this spot to Generation Jones. (I have been to an event hosted by Wes in the past when he didn't play at all, such is the man's generosity and respect for his fellow musicians!) The first floor spot was taken by singer songwriter Chris Tye, accompanied by Jayne Powell on backing vocals. Chris and Jayne are both from Birmingham, which is unfortunately currently outside the Hot Music Live catchment. Despite this I was already aware of Chris' talent - he is rated very highly by the likes of Wes and my friend, Paul (aka MicroStu), who videoed him at Taylor Johns House in 2012 (https://youtu.be/VFGjEh52hqo). We were only seconds into the sound check when I realised that we were in for a treat. Chris constructs a beautiful song and then delivers them with a crystal quality of vocals. Then, as if we needed more, Jayne Powell chipped in with some backing vocals took the performance to a different level - just have a listen to my favourite, I Will Be With You, to hear what I mean: https://youtu.be/Regjfdr9xE8 (from the album, The Paper Grenade, which I highly recommend). Jayne is putting her own band together with Chris (maybe) on bass, which I'm very much looking forward to hearing. The most astonishing thing for me about this duo's inspiring performance was that Chris' acoustic guitar only had 5 strings, apparently the top E just gets in the way!Next up, Wes Finch, accompanied by one of his loyal and trusted sidekicks, Ben Haines - one of the finest percussionists around. Wes varies his performances and, unusually, this night Wes was playing an electric guitar with an effects pedal. Although I have seen this guitar before, I struggled to remember when - he is usually embracing his finch emblazoned acoustic. Ben's drum kit bizarrely features a tree stump and high-hat with "bar snacks" (Matt's description! - actually, they are a necklace of shells). Wes and Ben began their set with a couple of new songs to whet our appetite for what Wes has in the pipeline. Three covers (including a fabulous rendition of David Bowie's Oh You Pretty Things) interspersed amongst some of our favourite Wes songs (Good Morning Captain, Southern Cross,) from his Mayflower album were to follow. They used the final 10 minutes of their floor spot to play Jackie's Stone (which saw Ben make good use of the tree stump) and Red Coat, both from the Awena album. Another truly great performance by the 2 gents.The final act of the night was Generation Jones, who are Jon Beynon and Geoff Carr. Their reputation preceded them - I had heard that these 2 hippies were also a class act. Both sang but Jon mainly took the lead while strumming guitar, whereas Geoff added some divine harmonies whilst playing bass, guitar or mandolin. In fact, these 2 had 7 stringed instruments between the 2 of them! The set was mainly comprised of some classic songs, such as Never Going Back Again (Fleetwood Mac), Willin' (Little Feat), May You Never (John Martyn), Song For Sharon (Joni Mitchell) and Kooks (David Bowie). They incorporated a couple of their own tunes too which I felt stood up really well against the classics, I particularly enjoyed their Please Don't Go. For their encore they invited Wes and Ben to join in on Peaceful Easy Feeling (Glen Frey), which they did splendidly. Just when we thought it was all over, Generation Jones treated the stragglers to a rendition of another Joni Mitchell's classic, Case Of You. That was a really beautiful end to a fantastic event.

In Deep Waters at The Wild Boar

Glass Bones at the Wild Boar