We don't yet know much about Whizzy.
Get in touch and we'll add some details. 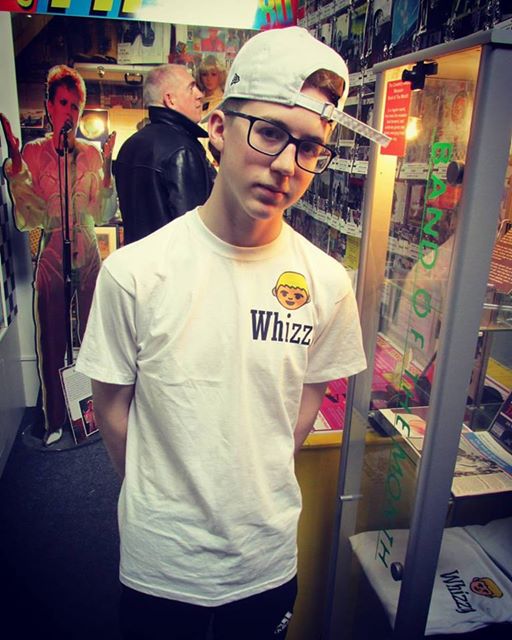 This month's Artist of the Month at Coventry Music Museum is rapper Whizzy (Damon-Lee Smallridge) and as is customary, he came into the Museum today to give a Heritage Lottery Funded "Sounding Off" interview to Museum founder & curator Pete Chambers BEM. Whizzy, who is 18 and already has played the Godiva Festival, been the 'Coventry Telegraph' "Backbeat" column Artist of the Year for 2015 and released several records with an album to come in 2017, spoke eloquently about his work. His early tracks have a dark feel, coming out of experiences of schooldays bullying, despair and thoughts of self harm. He has a deep understanding of these themes obviously & spoke passionately of his desire to help others through his music & lyrics. More recent work has explored his talent more broadly through a range of genres as he seeks to prove that he is no narrow-based artist: a point made most effectively when his sister joined him for two of the four tracks he performed at the end of the session. Now at music college, Whizzy hopes to move on to study music at University. In the meantime, I feel that the heart of local music is in good hands: a tradition founded on empathy and reaching out to others is being carried on by this most talented, thoughtful & mature young artist. Our area can be proud already of him.
Audio