We don't yet know much about Walter Trout.
Get in touch and we'll add some details. 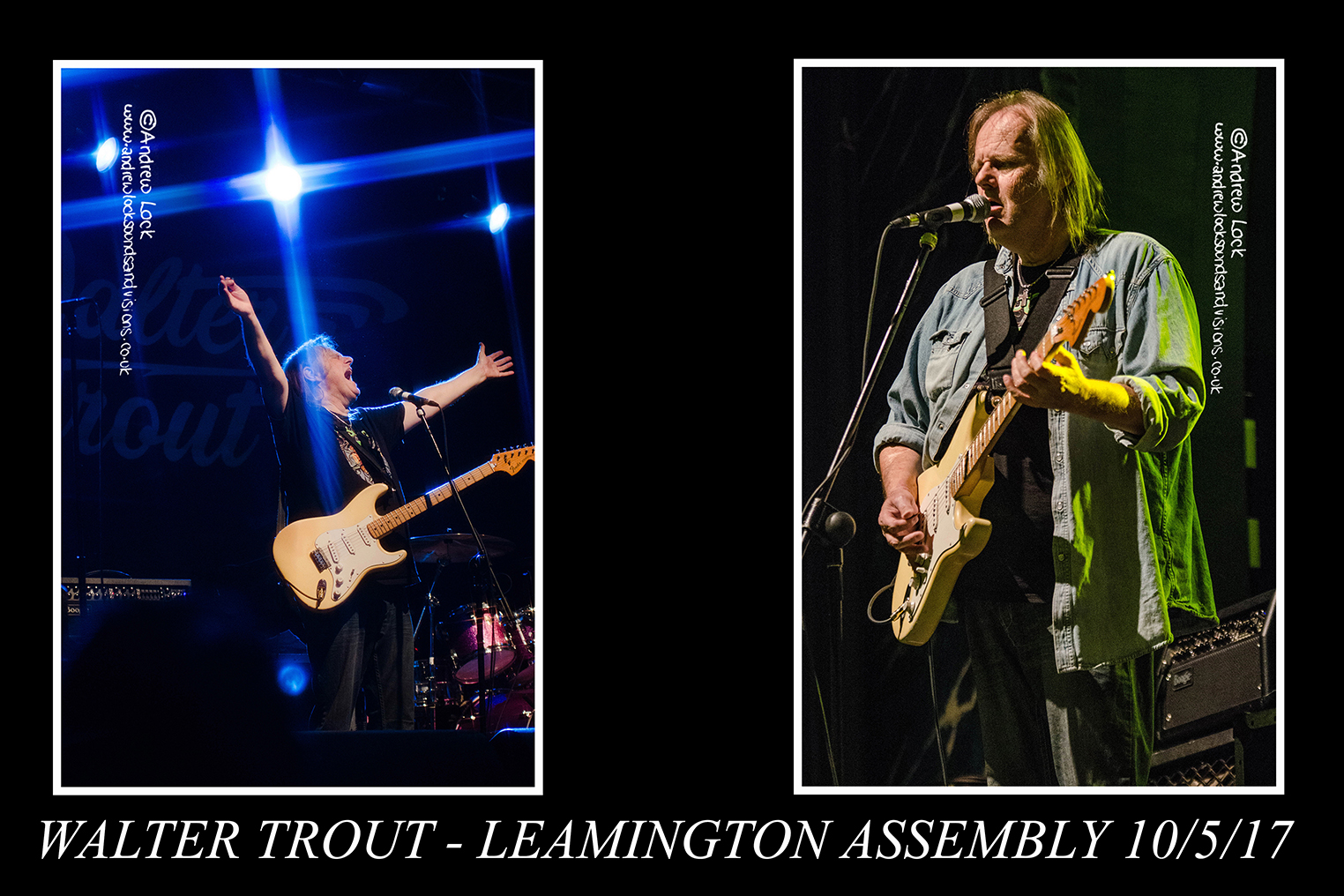 1 of 4
Two of the best shows I have seen over my 8 years covering gigs at The Assembly have come curtesy of this great man and masterful purveyor of the blues.So outstandingly brilliant, full of energy, vitality and enthusiasm was his last appearance on the 2015 Battle Scars tour (which was just after his amazing recovery from his serious health issues) that I half expected this to be a more laid back affair but this was not to be as all that electricity and intensity remained for another grandstand performance.What a lovely touch that family man Walter has the Trout Brothers Band (including his sons) opening up for him on this tour and it is definitely like father like son as they and an amazing young bass player and friend of the family (who is also part of Walters band on this tour) treated us to a cracking blues-rock set which for me had a touch of psychedelic Hendrix and possibly a hint of Cream at times.The audience lapped up the performance not only for the Trout family connection but also for their top draw performance.Walter walked on stage casually as he always does and greeted the crowd like old friends and for the next couple of hours enthralled and entertained us in his own unique style while showcasing his complete mastery of the blues.He performs the whole blues cannon from the riff driven, pounding rockers to the emotional heartbreak of the blues ballads all with such passion and lust for life while throwing out the most incredible solos and that voice is just made to sing the blues.He was as entertaining and charming between numbers as ever but not surprisingly he also touched on more serious matters of which more later.His band really is a force to be reckoned with and his longstanding sidekicks, keyboard player Sammy and drummer Michael are characters in their own right as well as musicians of the highest calibre who can read Walters every move and the young bassist from the Trout Brothers Band did a grand job on his second shift of the night.Set list was a real crowd pleaser and highlights included his slow blues, emotion-packed tribute to his idol B.B.King ‘Say Goodbye To The Blues' which he has performed at every gig since his recovery to health and what a fitting tribute it is with exquisite guitar and heartfelt words throughout it's epic length.We all wanted and of course received a good dose form the remarkable Battle Scars album and he introduced a trio from this release as "the morbid and depressing section of the show", this may well be true but the music was amazing.This section started with that albums opening rocker and statement of truth ‘Almost Gone' followed by the dark and ominous ‘Haunted By The Night' and closed with the heartbreaking tale of waiting for that phone to ring (with news of a transplant) ‘Tomorrow Seems So Far Away' the latter with glorious hammond organ sounds.Later in the set we also had my Battle Scars highlight and one of my top blues rockers of recent years ‘Playin' Hideaway', a raucous, full on belter with it's chunky main riff, wonderful whoa whoa chorus (which lead of course to plenty of audience participation) and dynamic lead guitar solo.Special guests during his sets is one of Walters trade marks and at this gig it was several guitar jams with his son Jon, the appearance of bluesman Stephen Dale Petit and his sensational bass player Sophie Lord for a top draw run through B.B. kings ‘Rock Me Baby' and a couple of superb vocal spots by tour manager Andrew Elt (what a voice).A special mention for another of Walters interpretations of blues classics a full on tour de force of a performance of the Alabama State Troopers power-packed number ‘Going Down'.Away from the music it was business as usual with plenty of tales, stories and funny lines as on taking his coat off "well that is the show business side and costume change taken care of", but of course some serious chat as well, for instance talking about his illness and recovery including that when released from hospital he could not talk, sing or play guitar so practiced 8 hours a day for months to get his skills back and how he is now the patron of the British Liver Trust.Another outstanding performance by not just a top blues man but also a top guy and as always he came out to sign cd's etc and to say hi to us and I love it that when you meet him he always asks your name and uses it in the conversation, a really nice touch that shows he really cares about his fans.Please come back soon Walter.Andrew Lock 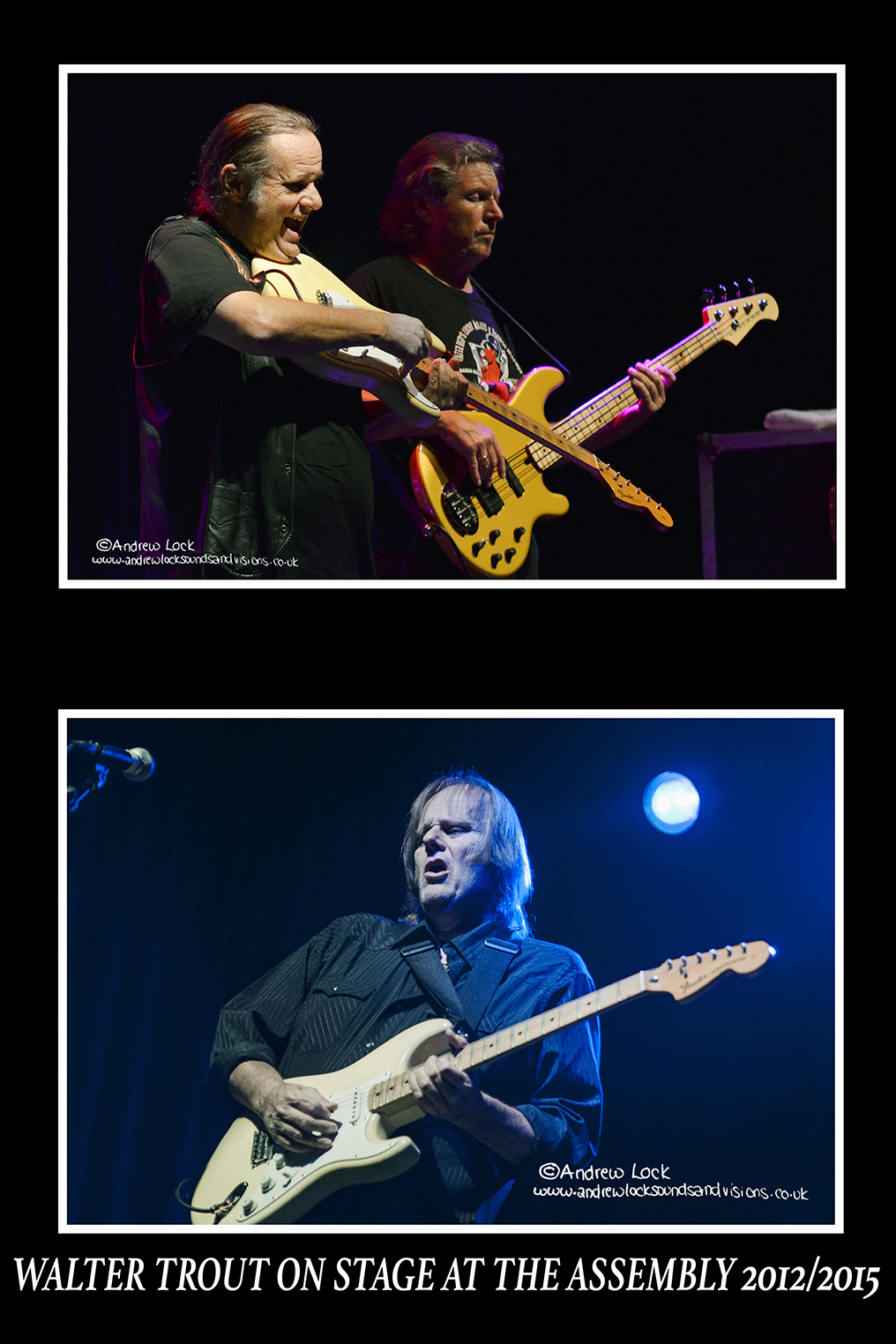 1 of 2
Blues legend and ex Canned Heat/John Mayall's Bluesbreakers member Walter Trout returns to the Assembly on Wednesday 10th May.A fairly regular visitor to the venue (at least 2 previous appearances) during his lengthy and successful solo career he last performed there in 2015 not long after his well publicised serious health issues and on the brighter side hot on the tails of his then brand new, blistering studio album Battle Scars.I along with many reviewers gave the Battle Scars album a 10/10 review and that Assembly show also reached the same giddy heights (you can find my reviews of both the album and show on my web site www.andrewlocksoundsandvisions.co.uk).Walters guitar work leaves us lovers of blues rock watching and listening in awe, his vocals have a rich, grizzled tone full of character, his band is always top draw while his banter with the fans he loves such much (of course this goes both ways!) is up there with the very best in the business.This show is part of his huge 2017 "Alive" tour which takes in the UK and Europe before returning to his homeland the USA for an extensive trek.The set on the 10th May should include choice cuts from his back catalogue, hopefully a good chunk of the incredible Battle Scars album and a few of his takes on classic blues numbers and if we are lucky a few of his legendary stories.This is one not to miss especially if you have a little blues in your soul, support for the night is The Trout Brothers Band and tickets available via http://leamingtonassembly.com/event/walter-trout/Andrew Lock